How real is Saudi Arabia's interest in renewable energy? 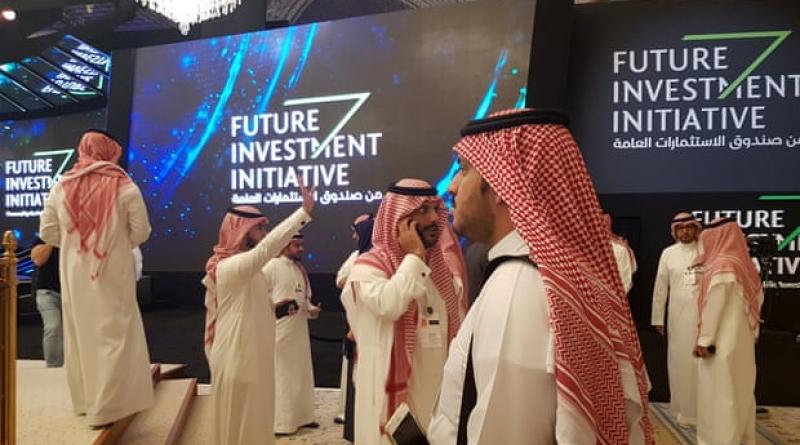 Ambitious plans have not been matched by progress, but there may finally be signs of change.

It was the largest renewables project ever announced: $200bn (£158bn) worth of solar panels stretching across hundreds of square kilometres of the Saudi Arabian desert.

The massive solar initiative was billed by the kingdom’s crown prince, Mohammed bin Salman, as a “huge step in human history” when it was unveiled in March last year. It was cancelled by October.

The collapse of the project was typical of the ambitious renewable schemes touted by Saudi Arabia in the past decade, analysts say. Headline-grabbing announcements have often been followed by limited progress. At the same time, the country has ramped up its fossil fuel production and continued to lobby to soften the terms of global carbon emissions-reduction agreements.

Middle Eastern oil producers used to be open about how renewables were a threat to their prosperity. “Back even in 2010, you couldn’t talk about the energy transition or playing a positive role in climate negotiations in those countries,” says Glada Lahn, a senior research fellow at Chatham House.

That resistance has lessened, Lahn says, though not necessarily out of concern for the environment. Saudi Arabia, for one, has come to see the value of renewables to supplement the huge volumes of oil and gas used to desalinate the kingdom’s water supply and keep the country’s population cool during the summer. Less consumption at home means there will be more oil and gas to sell abroad, Lahn says, or to hold in excess as a means of regulating the world’s supply.

Renewables also mean new jobs: a crucial goal of the kingdom’s plan to future-proof the Saudi Arabian economy by relying less on the vast oil reserve beneath its sands.

The recasting of green energy as a national interest, coupled with record low prices for solar and wind power in particular, has raised hopes that this latest push by the kingdom to build renewable capacity might be more successful.

Saudi Arabia recently tripled its renewable energy target and has successfully tendered for large-scale projects in wind and solar energy.

Yet alongside this, over the past decade, Saudi Arabia has increased its oil production by 2m barrels a day.

Even the United Arab Emirates, a frontrunner in the region responsible for nearly 70% of all installed renewable capacity in the Arab Gulf in the past four years, has increased its oil production by 800,000 barrels a day over the past decade.

“You always have that paradigm between what the governments [in the region] say in terms of energy policy – that they want to get away from oil dependence, for environmental as well as for financial reasons – and what they do,” says Homayoun Falakshahi, an oil and gas equity analyst at the energy intelligence firm Kpler.

“In practice, they are actually increasing their production capacity and putting out tenders for more work to be done in their oilfields.”

Steep curbs on fossil-fuel use, of the kinds scientists say are required to prevent catastrophic increases in global temperatures, would significantly hurt the bottom lines of the region’s state-owned oil companies.

Saudi Arabia’s state-owned oil giant Aramco, the greatest contributor to global carbon emissions of any company in the world since 1965, said as much in a 469-page prospectus it issued in April before the company’s first international bond offering.

Under “risk factors”, it warned investors that popular concerns about the climate crisis, as well as its physical impacts on the planet, “could shift demand to lower carbon intensity fossil fuels … [and] have a material adverse effect on the company’s business”.

Aramco directed questions about the prospectus to the Saudi Arabian government. The kingdom’s ministry of energy has been contacted for comment.

Wealthy oil states have played a key role in shaping global negotiations about how sharply and quickly carbon emissions are to be reduced.

“The Saudis in particular, but others along with them, have been active since the beginning of this process,” says Alden Meyer, the policy director at the Union of Concerned Scientists, who has attended every session of the UN’s climate negotiations since they commenced in 1991.

That year, Meyer says, the Saudis and the Kuwaitis worked with fossil-fuel industry lobbyists to argue for provisions in the interests of gas and oil producers, for example mandating that every decision had to be taken by consensus of all 195 parties, rather than by a large majority.

That remains the way the negotiations are conducted, allowing wealthy oil states but also major coal exporters such as Australia to carve out exemptions and water down agreements. “[The consensus rule] has stacked the international regime in favour of the laggards, the profiteers and the status quo,” says Richie Merzian, a former climate negotiator for the Australian government who now directs the climate programme at the Australia Institute, a progressive thinktank.

The oil-rich states were also instrumental in introducing the idea of “response measures” into climate negotiations: the idea that states should not just be compensated for the impacts of climate change – rising sea levels, extreme weather, record-breaking heat – but for the revenue fossil-fuel producers will lose as the world transitions to less carbon-intensive energy.

At best, response measures have become a channel for discussion of how to ease this transition for people such as fossil-fuel industry workers who might lose their jobs as a result of climate action. But it also means critical time is spent at many negotiations discussing how to assist some of the wealthiest countries and corporations in the world, says Merzian.