How to make Africa’s ‘Great Green Wall’ a success 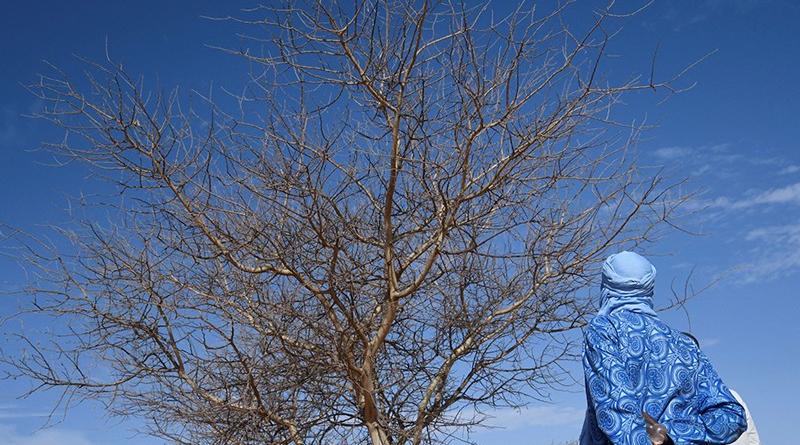 It’s now 15 years since the African Union gave its blessing to Africa’s Great Green Wall, one of the world’s most ambitious ecological-restoration schemes. The project is intended to combat desertification across the width of Africa, and spans some 8,000 kilometres, from Senegal to Djibouti. Its ambition is staggering: it aims to restore 100 million hectares of degraded land by 2030, capturing 250 million tonnes of carbon dioxide and creating 10 million jobs in the process. But it continues to struggle.

An assessment two years ago by independent experts commissioned by the United Nations stated that somewhere between 4% and 20% of the restoration target had been achieved (go.nature.com/39zqgkr). That figure has not changed, according to the latest edition of Global Land Outlook (go.nature.com/3kdjtw5) from the UN Convention to Combat Desertification (UNCCD), out last week. Equally concerning is the fact that funding for the project continues to lag. Africa’s governments and international donors need to find around US$30 billion to reach the 100-million-hectare target. So far, $19 billion has been raised.

A pandemic — and now a cost-of-living crisis — has placed demands on all governments, and that means countries might be expected to reduce their green-wall commitments. But the project continues to be weighed down by other difficulties, including the complex system through which it is funded and governed, as well as how its success is measured. These problems can and must be fixed, otherwise, it will struggle to achieve its goals.

One potential solution — improved metrics — comes from an analysis published last year by Matthew Turner at the University of Wisconsin–Madison and his colleagues (M. D. Turner et al. Land Use Policy 111, 105750; 2021). The researchers explored limitations in the Great Green Wall project metrics by assessing the impact of World Bank funding from 2006 to 2020. As their work indicates, definitions of success depend on which measure is used.

In Niger, for example, green-wall projects could be said to be succeeding if measured by the area of eroded soil that has been recovered or by the number of trees that have been planted. But the authors report that these gains were not necessarily benefiting the most vulnerable people. In places, women were being excluded from employment in green-wall projects, and in some cases, local administrations looked to privatize restored land that might instead have been owned by everyone in a community.

Broader problems with metrics are highlighted in the UN’s latest land-degradation report. This estimates that nearly half of the land that has been pledged for restoration worldwide will be planted predominantly with fast-growing trees and plants. This will provide only a fraction of the ecosystem services produced by forests that are allowed to naturally regenerate, including significantly less carbon storage, groundwater recharge and wildlife habitat.

The Great Green Wall project also needs more predictable funding and more transparent governance. The project was conceived by Africa’s leaders for the benefit of the continent’s people, on the basis of warnings from scientists about the risks of desertification and land degradation. The original idea was not brought to Africa by international donors, as is often the case in international science-based development projects. But it still relies on donor financing, and lots of it — and that brings other problems, among them coordination challenges.

The project is the responsibility of an organization set up by the African Union called the Pan African Agency of the Great Green Wall, based in Nouakchott, Mauritania. But some donors, such as the European Union and the World Bank, are not providing most of their Great Green Wall funding through this agency. Instead, they often deal directly with individual governments, because this gives them more control over how their money is spent. It is unfair to expect the Pan African Agency to coordinate a raft of donors doing one-on-one deals with individual countries. Bypassing the Pan African Agency also creates a problem for transparency, because it makes it harder for the African Union to determine precisely who is funding what.

In January 2021, at an international biodiversity summit hosted by France, Emmanuel Macron, the French president, announced that the Great Green Wall would receive an extra $14 billion in funding for 5 years. He also said that a new body, called the Great Green Wall Accelerator, based in Bonn, Germany, would be responsible for pulling together funding pledges and tracking progress against targets. This is well-intentioned, but the accelerator needs to coordinate its work with the Pan African Agency. It is not yet clear how this will happen.

A potentially more transformative solution was proposed two years ago by a group of UN-appointed experts. They recommended that a single trust fund be set up that all donors could contribute to and through which they could decide funding priorities together. Regrettably, this has not happened, and observers say it is not likely to happen in the current climate.

This month, the international community will come together in Abidjan, Côte d’Ivoire, for the 15th conference of the parties to the UNCCD. The green wall’s funders and participating countries will all be there. If a single trust fund is off the table, they must work together to find a better way to coordinate their green-wall project activities. It is also essential that they study the findings of Turner and colleagues’ review. Along with a focus on existing metrics, the Great Green Wall needs evaluation criteria that take better account of the needs of all people in participating countries, particularly the most vulnerable.

A Just Energy Transition: the roadmap to fight climate change impacts on Africa

KENYA: a waste-to-energy plant will be built in Kericho