How Europe’s war on plastics is affecting petrochemicals. 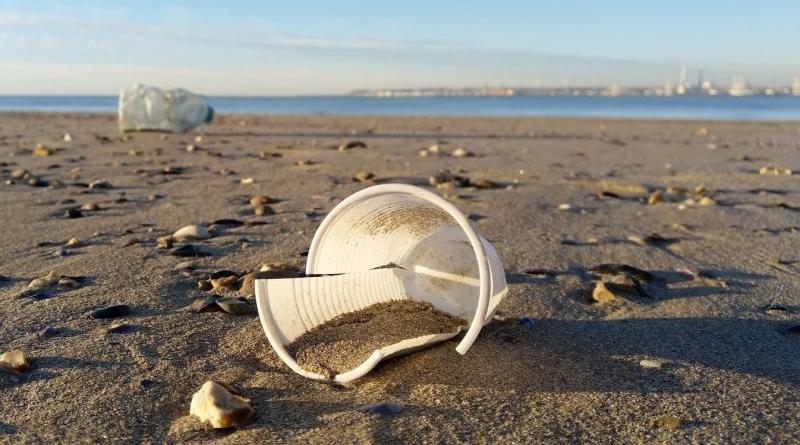 With oil use in cars expected to peak in the mid-2020s, oil companies are seeking shelter in petrochemicals – and plastics – where demand is still going strong. However, even that notion is now being challenged because of a global plastics backlash led by Europe.

Peak oil – at least in passenger cars – is around the corner, mostly driven by fuel efficiency improvements and rapid electrification of the global car fleet, says the International Energy Agency (IEA).

The IEA’s 2018 world energy outlook predicts that oil use in cars will peak “in the mid-2020s”. After that, assuming that 300 million electric cars are on the road by 2040, this would displace three million barrels of oil per day, it says.

Enough to dent global oil demand? Not quite, according to the IEA, which points to petrochemicals – chiefly plastics – as “the largest source of growth in oil use” in the coming decade.

“Even if global recycling rates for plastics were to double, this would cut only around 1.5 mb/d from the projected increase of more than 5 mb/d,” the IEA says in its 2018 world energy outlook, pointing to continued demand growth coming from Asia.

For the oil industry, plastics are therefore seen as a safe haven, as well as a key source of diversification.

“The oil industry is looking for its next growth driver and the petrochemical industry is a key market for oil demand growth,” says Rob Gilfillan, head of films and flexible packaging at Wood Mackenzie, a consultancy.

However, even that notion is now being challenged. In Europe, Gilfillan pointed to a consumer-driven backlash against plastics, which over the long run is expected to dampen demand for petrochemicals going into plastic production.

Substances that are most exposed to the backlash include ethylene and propane, which are used for plastic bags and packaging. Demand for polyolefin, which goes into packaging films and polyester, is also expected to take a hit at some point.

How big the backlash will be and when it will happen remains unclear, however.

“It’s obvious that in the short term, we see very little impact on petrochemical demand,” Gilfillan said. Asian markets, in particular, will use greater amounts of plastics in the coming years, as consumers continue their switch to Western lifestyles. And in mature markets like the US, collection and recycling of plastic is still significantly behind Europe, Gilfillan said.

“But over a 10-15 year period, we’re going to start seeing something in demand for the base petrochemical industry,” he told EURACTIV in a phone interview.

With more investment in waste recovery, recycled resins could replace almost a third of virgin plastic by 2030 and nearly 60% by 2050, slashing demand for petrochemicals, according to a report by McKinsey, cited by Bloomberg News.

And that means oil companies could soon find global markets oversupplied. “They’re investing in huge plants, they’re not doing things by halves,” Gilfillan said. “And we will see a generally oversupplied market over the next few years, when they start coming online,” he told EURACTIV.

Much of this is policy-driven. In December last year, the European Union struck an agreement on banning single-use plastic products like cutlery and food containers. EU countries will also have to recycle at least 70% of packaging by 2030 – and 55% of plastics – under new rules brokered earlier last year.

The ban on single-use plastics shows Europe is “the global leader in tackling plastic marine litter,” the European Commission said, welcoming the deal. Earlier, the EU executive made a political commitment that all plastic must be re-usable and recyclable by 2030, a move that still has to be translated into concrete material-specific legislation.

Big brands from Coca-Cola to Kellogg have taken note and – under threat from regulators – have promised to eliminate single-use and unnecessary plastics. They also promised to innovate so that all packaging could be recycled, with targets to be reviewed regularly.

Durable plastics: the next frontier in recycling

Over time, all this is expected to have an impact on oil demand.

“If that was recycled and reused, then that would represent a loss of hydrocarbon volumes for oil and gas,” he told EURACTIV. Petrochemicals “would still the highest growth market for oil,” he said, but that growth would be “significantly lower” – by about 0.5% per year until 2040, according to Accenture’s calculations.

Reversing that growth would require going beyond single-use plastics and addressing “durable applications” such as automotive parts which aren’t recycled as much, Bjacek said. However, there is currently no legislation in place to deal with durable plastics, and little talk of voluntary commitments from the industries concerned, he pointed out.

“We think producers now have to make solutions for both sides – durables and non-durables,” Bjacek said. “Especially since more and more plastics are being used in the new economy,” like blades for wind turbines, and plastic automotive parts, which are more light-weight than steel.

In addition to supplying high-performance materials for the wind, automotive and aerospace industry, petrochemical plants are also well-positioned to handle emerging activities like ‘chemical recycling’ for plastics which cannot be recycled ‘mechanically’ in traditional plants.

“They could collect the trash, reprocess parts of it, break-out the high-value bits” and then break down the rest into chemical substances that can be used as raw materials to make new virgin plastic, Bjacek said. “And at the last level, the worst stuff could be gasified” to make fuels or new chemicals, he explained.

According to Bjacek, oil and gas companies are well-placed to deal with chemical recycling because they have the know-how and scale necessary to make it economical. However, “we haven’t seen a lot of movement on that yet,” he said, adding most companies doing chemical recycling are currently start-ups.

So how big – or small – will be the impact of recycling on the oil industry?

“It’s going to have some sort of impact on oil demand,” Bjacek confirmed, saying he expects about 70% of all current non-durable plastics to be recycled by 2040 and the rest to be “durabilised” or substituted with other materials.

“What the level is, I don’t know,” he added, saying that recycling on its own wouldn’t be enough to erase all of the expected growth in oil demand coming from petrochemicals.

Oil and gas producers, for their part, say they are confident about future prospects for the petrochemical sector, and their capacity to adapt to new market needs.

“We’re still a long way from seeing recycling rates keep up with the fast growth in petrochemicals demand, and we’re going to need oil & gas-based petrochemicals to fill that gap for a very long time, probably well into 2050,” said Nareg Terzian from the International Association of Oil & Gas Producers (IOGP).

“That’s just one of the reasons why we’ll still need to produce oil & gas in 2050, even in a carbon-neutral economy,” Terzian said.

Petrochemicals are not just about single-use plastics, the IOGP pointed out, drawing attention to applications in high-performance products like blades for wind turbines, where demand keeps rising.

How to take the ‘petro’ out of the petrochemicals industry.