How climate change affects women more—and why they need to be listened to. 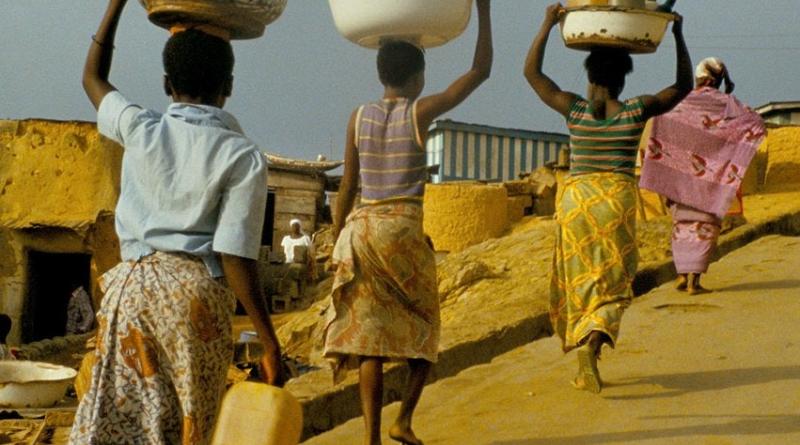 Women are on the front line of climate change around the world, but they’re still hugely underrepresented when it comes to making decisions. Vogue looks at why addressing gender inequality is essential when it comes to tackling the crisis facing our planet

“Patriarchy = climate emergency”, read a neon sign suspended above the Dior catwalk during Paris Fashion Week, leading to questions over whether our male power structures are to blame for the current crisis facing our planet.

While the equation might not be quite that simple, there's no doubt that patriarchy means it is often women who bear the brunt of climate change. “Existing inequalities within society are exacerbated by the impacts [of the climate crisis],” Fleur Newman, gender affairs officer at the United Nations Framework Convention on Climate Change (UNFCCC), tells Vogue.

The impact on women

The effects of climate change on women vary depending on the context, although there are common threads around the world. According to the International Union for the Conservation of Nature (IUCN), women are often responsible for food, water and fuel, meaning the scarcity of these resources has an obvious impact.

“If there’s a drought, you find women having to walk miles just to collect water for drinking and cooking,” says Nitya Rao, professor of gender and development at the University of East Anglia, who examined the impact of climate change on women in Asia and Africa. “In rural farming populations, the effect of climate change on crops means men end up migrating to towns or overseas for other jobs, so women are left with higher burdens of [responsibility].”

Meanwhile, a recent study by the IUCN found that climate change is leading to increased violence against women around the world, as the strain over limited resources reinforces existing power imbalances within communities and individual households. Human trafficking and the sexual exploitation of women can rise in the aftermath of a climate disaster, as traffickers look to target vulnerable communities; for example, trafficking figures tripled after the Haiyan typhoon in 2013.

Increased rates of child marriage are also associated with climate-related disasters, as young daughters are married off in an attempt to reduce burdens on families in countries including Bangladesh, Ethiopia and South Sudan. High rates of gender-based violence in the Pacific region is a huge concern; following two tropical cyclones in Vanuatu in 2011, one domestic violence organisation reported a 300 per cent increase in cases.

Women’s choices are impacted in the immediate aftermath of a disaster, too. “When you're deciding where you're going to go for safety, how do you know that you'll be safe in the emergency centre?” questions Noelene Nabulivou, co-founder of Diverse Voices and Action for Equality (DIVA), a collective of lesbian, bisexual and transgender women in Fiji.

The rise of women’s networks

Women on the front line of climate change have been forced to develop strategies to cope with the ever-increasing threat of environmental disasters, including forming female networks to assist one another. “In East Africa, women are setting up households with other women,” Rao says. “A second strategy is around [forming] collectives, whether it's savings groups, labour sharing or childcare.”

In Fiji, women charged with running the household are often the first on the ground when a tropical cyclone hits, sharing information and resources within their communities. “We were there just hours after Cyclone Winston [in 2016], working with our networks,” Nabulivou says. “That’s one of the interesting things seen around the world: women are just getting on with it.”

On a global level, the response of women on the front line has led to campaign groups such as The Women’s Global Call For Climate Justice, a network of more than 200 organisations, founded in 2015. “Feminists and women's rights organisations have been working on this for decades,” says Bridget Burns, director of Women’s Environment and Development Organization (WEDO), one of the organisations on the campaign’s coordinating committee. “We wanted to have a stronger mobilisation effort to bring a broader feminist analysis, that we were performing collectively, into a more mainstream and public space.”

Including the female perspective

Considering the significant challenges climate change presents to women around the world, it’s essential they are listened to. A 2019 UN report found that women are still underrepresented in decision making on climate issues, with the problem even more prevalent within local communities. “Often, women aren't in the decision-making rooms, even though they have the knowledge,” Nabulivou says.

Meanwhile, investing in women who are working to tackle climate change, including those who are coming up with new innovations, is also crucial. “We have women activists at the front lines who are putting forward solutions,” Burns comments. “Everyone is looking for the silver bullet to solve the climate crisis when really it's about investment in diversity at scale.”

Ultimately, addressing gender inequality more generally will help the women most affected by climate change, as well as allowing them to be part of the solution. “If we accelerate the achievement of gender equality and women's empowerment across the globe in all areas, that could help to make policy and action more effective, which allows countries to be more ambitious about what they are doing,” Newman concludes.

An effective role for women in renewable energy and sustainability.