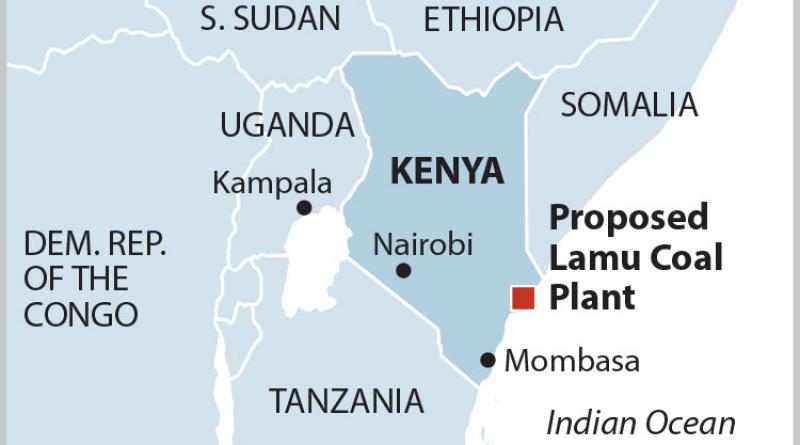 However, Kenya Power’s results also demonstrated the risk for Kenya in remaining dependent on fossil fuels – mainly diesel and, potentially, coal. Despite thermal power generation dropping 44%, the fossil fuel cost in the power system dropped only 22%.

By far the biggest contributor to Kenya Power’s power purchase fuel cost is the contribution of Kenya Electricity Generation Company (KenGen), the state-owned company that generates 72% of Kenya’s power.

Fossil fuel price pressure on tariffs will only get worse if the proposed Lamu coal-fired power project is constructed. In June 2019, IEEFA highlighted in a report that the Lamu project would lead to higher power tariffs for Kenyan consumers.

A key rationale for the Lamu project was the need to replace expensive diesel-fired power. However, it is clear that new wind and solar plants are replacing diesel at much lower cost.

With wind, solar, geothermal and hydro all significantly cheaper than thermal power in Kenya, the nation would be far better off focusing on renewable energy rather than more fossil fuel-based generation.

This is entirely possible given how blessed Kenya is with renewable energy resources. Many countries across Africa have excellent solar resources. But few are also lucky enough to have the wind and geothermal resources that Kenya has.

Another key reason for the Lamu coal plant to be shelved is overcapacity risk.

Kenya Power recently raised concerns that too much new power capacity has been approved, with almost 2,000 megawatts (MW) of new capacity expected to come online over the next five years despite “lagging demand for electricity”.

Overcapacity will place serious financial pressure on Kenya Power as it is obliged to make payments to generators whether their power is needed or not under ‘take-or-pay’ contracts.

Payments to power plants that stand idle much of the time would be an expensive waste that will increase the per unit cost of power generation, leading to burdening consumers with higher power tariffs.

Kenya Power will reportedly have a 20% tariff increase approved soon by the nation’s energy regulator. This news comes as the utility prepares to report its first net loss in 17 years upon release of its financial results for the year ended June 2020.

OTHER COUNTRIES AROUND THE WORLD ARE ALREADY SUFFERING FROM OVERCAPACITY ISSUES that financially imperil their power utilities.

Bangladesh’s power fleet utilisation was just 43% in its financial year to June 2019. This resulted in significant capacity payments (almost US$1 billion) to power plants that were often standing idle much of the time.

The situation in Bangladesh is being made worse by the construction of a nuclear power plant at an eye-watering cost of almost US$13 billion.

With power demand growth lower than expected and more power plants due to come online, the result will be the need for higher government subsidies to bail out Bangladesh’s power utility, or higher tariffs for consumers. Both will probably be needed.

Bangladesh is now considering cancelling thousands of megawatts of coal-fired power – partially due to the increasing difficulty being experienced globally in finding finance for coal power – and refocusing on renewable energy.

As well as being too expensive, it’s now becoming ever clearer that the Lamu coal plant is simply not needed. At 1,050MW, it would make a significant contribution to overcapacity. The delay in its development is actually a significant benefit to the nation, as it now allows the proposal to be reconsidered.

Kenya Power’s managing director has said the company would continue to “pursue a cost-reflective and sustainable tariff”. This makes sense as nations like Bangladesh – which sell power below the cost of generation – are reliant on large government subsidies that have to rise as fossil fuel costs go up, or as overcapacity worsens.

In order to keep cost-reflective tariffs as low as possible for Kenyan consumers, ever-cheaper renewable energy needs to be prioritised over expensive and unneeded fossil fuel power plants like Lamu.