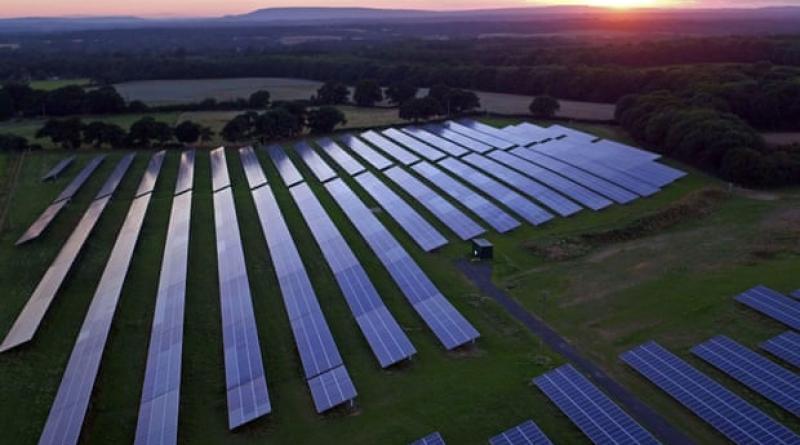 The Maha Vikas Aghadi (MVA) government has come out with a renewable energy policy that has set a target of adding 17,385MW renewable energy capacity by 2025. It was cleared by the cabinet on Wednesday. An investment of Rs 75,000 crore is expected in this sector in the coming five years.

Other than this, a lot of solar energy will be generated in off-grid mode especially by installing 1 lakh solar farm pumps every year. The current installed capacity is 9,305MW and work on projects having 2,123MW capacity is in progress.

The policy envisages a government expenditure of Rs4,250 crore for achieving this target. The state will not spend any money on bagasse, hydroelectric and wind energy projects. The entire investment will be done by private players.

Increase in solar capacity through various routes has been stated in the policy. 10,000MW solar capacity will be added by setting up plants with minimum 1MW capacity. Private players will be selected through competitive bidding.

A major boost for solar rooftop has been envisaged under this policy. The state aims to add another 2,000MW in coming five years. Another 500MW capacity will be added by converting water supply schemes in urban as well as rural areas to solar.

China has brought about 40 gigawatts (GW) of new solar power into operation in 2020, taking its total installed solar capacity to 240 GW, its solar manufacturing association said on Thursday.

China’s total solar capacity had increased more than fivefold since 2015 and could double in the next five years, said Wang Bohua, vice-chairman of the China Photovoltaic Industry Association (CPIA).

Solar capacity growth has slipped back since hitting a record 53 GW in 2017, with the state grappling with a subsidy payment backlog in excess of 200 billion yuan ($30.55 billion) as well as grid access problems for many projects.

Solar accounted for about 10% of China’s total generation capacity at the end of 2019. But it is now embarking on an accelerated clean energy transition as it bids to become “carbon-neutral” by 2060, and construction is expected to hit new highs in coming years.

A rapid decline in costs has also allowed projects to operate without subsidies.

Wang told an industry conference that China’s solar capacity growth was expected to reach an average of 70 GW a year during the 2021-2025 “five-year plan”, and could even be as high as 90 GW, according to a CPIA presentation.

The wind and solar projects are located in Australia, France, Germany, Italy, South Africa, Sweden, the U.K. and the U.S. The projects will supply renewable energy for Amazon’s corporate offices, fulfillment centers and data centers, according to a Dec. 10 news release.

“With a total of 127 solar and wind projects, Amazon is now the biggest corporate buyer of renewable energy ever. We are on a path to running 100% of our business on renewable energy by 2025 — five years ahead of our original target of 2030,” Jeff Bezos, Amazon’s founder and CEO, said.

The company’s current renewable energy portfolio consists of 59 utility-scale wind and solar projects and 68 solar rooftops on fulfillment centers and sort centers around the globe.

“The U.S.-based projects alone make Amazon’s announcement 270% larger than the largest corporate procurement announcement from a single off-taker to date, and showcase the company’s leadership and commitment to a clean and prosperous energy future,” Miranda Ballentine, CEO of the Renewable Energy Buyers Alliance, said.

Norwegian energy firms Equinor and Scatec are to collaborate on a 480MW solar project in Brazil. The duo have signed a Memorandum of Understanding (MoU) with compatriot energy and aluminium provider Hydro to develop the project, with Hydro set to become an offtaker for some of the solar farm’s production.

The MoU will see Scatec and Equinor add to a growing portfolio of onshore renewables projects owned by the companies in Brazil, including a 162MW solar project completed in 2018.

A site has already been secured in Rio Grande do Norte, and the parties expect to reach a final investment decision on the project next year, subject to final agreements being reached.

The MoU is the latest in an extended history between Equinor and Scatec, the former owning a 15.2% stake in the latter after increasing its holding late last year.

The MoU comes a few months after Scatec agreed a US$1.1 billion deal to acquire hydropower developer SN Power, dropping the ‘Solar’ from its name in the process.

Dominion planning nearly 24GW of renewable capacity and battery storage in Virginia by 2035.