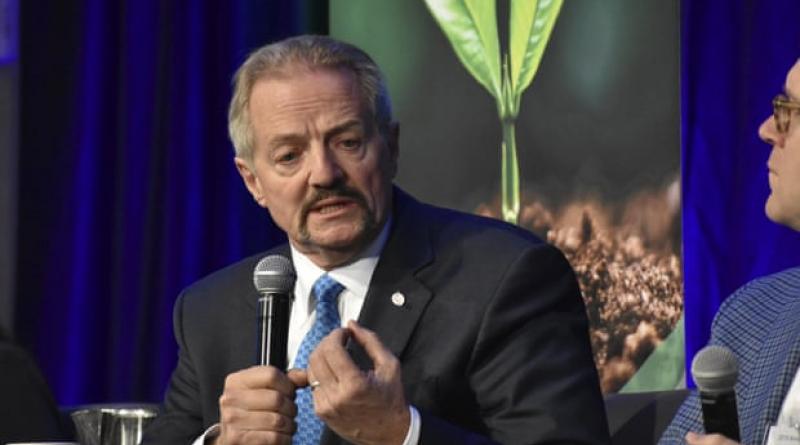 Under the leadership of William Perry Pendley, the Bureau of Land Management is failing to fulfill its most basic duties of safeguarding America’s public lands, his critics say.

In July 2017, William Perry Pendley, a crusading conservative attorney, delivered a speech to a group of rightwing activists in North Carolina in which he was completely candid about his ideological commitments.

He accused “the media” of selling “their soul to the greens”. And after criticizing the Endangered Species Act, he made light of killing endangered species.

“This is why out west we say ‘shoot, shovel and shut up’ when it comes to the discovery of endangered species on your property,” he said, according to an audio recording of the event obtained by the Guardian. “And I have to say, as a lawyer, that’s not legal advice,” he added, as some in his audience quietly snickered at the reference to the illegal extermination, and the burial, of endangered animals.

It has been almost three years since he gave those remarks, and Pendley is now the acting director of the Bureau of Land Management, or BLM, a powerful agency that oversees more than 240m acres of federal land belonging to the American people, manages mineral resources and is required to comply with environmental laws like the Endangered Species Act.

Pendley has helped turn BLM into what one high-level employee, who asked to remain anonymous for fear of reprisals, called “a ghost ship” in which “suspicion”, “fear” and “low morale” abound, despite the best efforts of career civil servants to support each other.

As Pendley and his superiors at the interior department press ahead with an effort to move BLM’s headquarters from Washington DC to Grand Junction, Colorado, the agency has hemorrhaged staff members and lost critical institutional memory, which many critics believe was the true purpose of the relocation effort all along.

“A skeleton crew is left” at BLM headquarters, said the employee. “So few people were able to move west that a lot of people retired early and a lot of people took other jobs, so my ballpark estimate is there is only about 20% of permanent employees left” at headquarters. As a result, the agency is failing to fulfill its most basic duties, like responding to public records requests and conducting oversight of state and regional operations, the staffer added.

Environmental and government watchdog groups are now responding with a lawsuit that calls into question the legitimacy of Pendley’s position. Last week a pair of environmental nonprofits sued the interior department, alleging that by repeatedly tapping Pendley as the BLM’s acting director, rather than officially nominating him for the position, the interior secretary has skirted the Senate confirmation process usually required for high-level executive branch appointments, and has violated federal law.

“The illegitimate Pendley appointment is particularly troublesome because he has forcibly moved the BLM Headquarters from Washington DC, to remote western Colorado,” said Peter Jenkins, a senior counsel at Public Employees for Environmental Responsibility, one of the groups that sued. “In doing so he uprooted the lives of scores of seasoned BLM staff and disrupted this already strained agency.”

“Mr Pendley brings a wealth of knowledge and experience to the department and is committed to carrying out the administration’s priorities and achieving the BLM’s … mission for the betterment of the American people,” said Conner Swanson, the spokesperson. “Mr Pendley has provided a steady hand in facilitating important matters, from the BLM headquarters move west to its response to Covid-19.” Swanson has said that the lawsuit against Pendley is “baseless”.

Pendley, a tall man with a handlebar mustache and a penchant for cowboy boots, has remarked in the past that his “personal opinions are irrelevant” to his job at BLM.

“I have a new job now. I’m a zealous advocate for my client. My client is the American people and my bosses are the president of the United States and [interior] secretary [David] Bernhardt,” Pendley said during an appearance at the conference of the Society of Environmental Journalists in Fort Collins, Colorado, last year. “What I thought, what I wrote, what I did in the past is irrelevant. I have orders, I have laws to obey, and I intend to do that.”

Pendley has long opposed public lands and wildlife protections. After serving in the Reagan administration in the 1980s, he became the president of the Mountain States Legal Foundation (MSLF), a conservative litigation organization funded by conservative and industry groups including the Charles Koch Foundation and Exxon Mobil, according to research from the watchdog groups Documented and Accountable.US.

Under Pendley’s leadership, the firm was a persistent foe of federal land agencies, getting involved in dozens of cases on behalf of industry groups and private landowners to challenge environmental protections implemented by the interior department.

Pendley became something of a fixture among the anti-government set, writing numerous books extolling rebellion against public lands and the federal government. He has expressed sympathy in the past for the Bundy family, whose militant agitation against federal land ownership included the armed takeover of the Malheur national wildlife refuge in 2016.

He has compared climate change to unicorns because “neither exist”. And in a 2016 National Review article, he laid out a case that argued for the near-total abolition of federal public lands across the nation.

Given his long history of legal advocacy on behalf of extractive industries, Pendley brought with him a 17-page recusal list of past clients, employers and investments when he took control of the BLM in 2019. The list included groups such as the American Exploration & Mining Association and the Petroleum Association of Wyoming. It has been nearly impossible for the public to know whether Pendley has abided by his recusal list, however, because the BLM has failed to release his detailed official calendar to the public.

Though Pendley has long been a committed conservative, he has not always had kind words for Donald Trump. In a 2016 op-ed in the Daily Caller, for instance, he said then-candidate Trump “is not fit to pull off Reagan’s boots”.

Apart from Pendley’s role in moving BLM’s headquarters to Colorado, the agency under his leadership has also repeatedly proposed land management plans that heavily promote the energy industry. In March, for instance, conservationists in Montana came out aggressively against a BLM resource management plan that they believe is far too friendly to corporate oil and gas interests, according to the Billings Gazette.

In a statement issued earlier this year, Representative Raúl Grijalva, the chairman of the House natural resources committee, expressed his concerns over Pendley.

“Anyone who wants our land management agencies to be functional in the future needs to recognize the seriousness of what Secretary Bernhardt, acting director Pendley, and their subordinates are doing.”

Trump made nearly 500 false or misleading claims about the environment while in office.