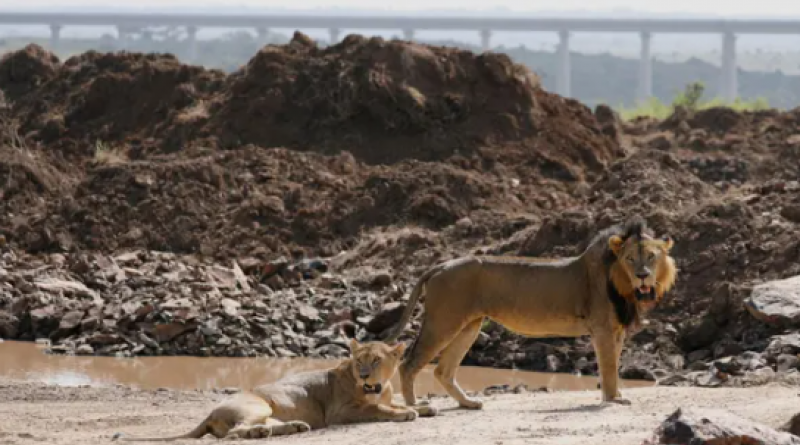 World leaders must do more to prevent the destruction of nature, business leaders have warned before a summit in China that aims to draw up a draft UN agreement for biodiversity.

In an open letter, the chief executives of Unilever, H&M and nine other companies have called on governments to take meaningful action on mass extinctions of wildlife and the collapse of ecosystems or risk “a dead planet”.

The warning comes as China prepares to assume the presidency of a major UN environment meeting for the first time by hosting the opening phase of the convention on biological diversity (CBD) Cop15 meeting in Kunming this week, with most delegates attending virtually.

In the second phase of talks next year, which have been delayed repeatedly because of the pandemic, governments will thrash out this decade’s targets for preventing biodiversity loss in person.

In the letter, the Business for Nature coalition said the current draft of a Paris-style UN agreement for nature, which includes targets to eliminate plastic pollution, reduce pesticide use by two-thirds and halve the rate of invasive species introduction by 2030, did not go far enough to halt the destruction of the natural world. Separately, more than 1,000 companies with $4.7tn (£3.5tn) in revenue have signed a call by the group for governments to adopt policies to reverse nature loss by 2030.

The Paris climate agreement, adopted in 2015, is a legally binding international treaty to tackle the climate crisis by pledging to hold global heating to below 2C, the scientifically advised limit of safety, with an aspiration not to breach 1.5C above pre-industrial levels.

“Nature is at a tipping point and time is against us. We must recognise nature loss for the crisis that it is,” said the letter to world leaders, shared exclusively with the Guardian. “We must understand that while it is critical for tackling climate change, nature represents more than simply a climate solution.

“The Cop15 biodiversity conference is our last and best chance of turning the tide of biodiversity loss. The draft Post-2020 Global Biodiversity Framework lacks the ambition and specificity required to drive the urgent action needed,” it said.

The executives urged world leaders to commit to an equivalent of the 1.5C climate target for nature around which businesses and civil society can unify, writing that current proposals were unclear. They also urged governments to eliminate and redirect all environmentally harmful subsidies and embed the economic value of nature in decision-making.

More than half of the world’s annual GDP – $42tn (£32tn) – depends on high-functioning biodiversity, according to a Swiss Re report last year, which also found a fifth of the world’s countries risk having their ecosystems collapse.

“We need to track our impact on the climate and nature with the same discipline we track our profit and loss,” said Roberto Marques, chief executive of Natura & Co, which owns the Body Shop and Aesop, who signed the letter. “We are calling on governments to eliminate and redirect all harmful subsidies. Governments still provide a lot of subsidies for industries and initiatives that are very harmful for nature.”

Marques said China’s presidency was an important moment as decisions made by the world’s largest greenhouse gas emitter would decide whether or not the world met environmental targets this century.

Eva Zabey, director of Business for Nature, said: “There’s a double drumbeat with Cop15 followed straight away by Cop26. We know that nature will be a key feature of Glasgow so this is our opportunity to really raise that policy ambition.

“What happened with the Paris agreement is that once you have political ambition, it gives companies that certainty to invest, innovate, shift their business models. By using the Earth’s limits as a framework, companies can make sure they are doing their fair share.”

China’s president, Xi Jinping, is expected to speak this week at the largely ceremonial first phase of Cop15. The Guardian understands that the second meeting, scheduled to be held in-person in Kunming from 25 April to 8 May 2022, may be moved from China due to pandemic border restrictions.

Elizabeth Maruma Mrema, the UN’s biodiversity chief, has had to spend three weeks in quarantine to attend the event in China, along with other CBD staff.

David Cooper, deputy executive secretary of the CBD, said that discussions were advancing well, despite the pandemic. “We look to political leaders to now mandate their negotiators to find consensus while ensuring the necessary ambition on biodiversity goals and the means to achieve them,” he said.

Government ‘exploiting nature more than it is protecting it’, MPs warn in damning biodiversity report