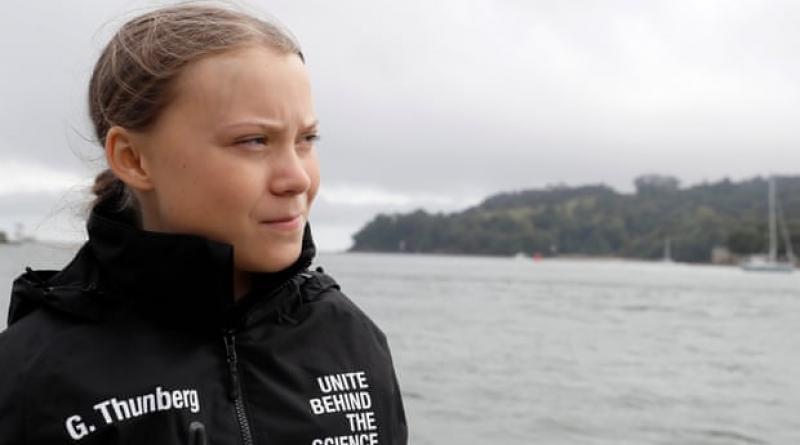 Growing concern about the climate crisis and the “Greta Thunberg effect” are driving huge increases in individuals and businesses choosing to offset their emissions by investing in carbon-reducing projects in developing countries.

NGOs and organisations involved in carbon offsetting have seen as much as a fourfold increase in investment from people who want to try to mitigate their carbon footprints.

Agencies who work with large corporations have also seen a spike in investment in carbon offsetting over the last 18 months. ClimateCare, a company that provides programmes to help organisations offset residual carbon emissions, has seen the amount of carbon offset increase from about 2m tonnes to 20m tonnes in that time, according to its chief executive, Edward Hanrahan.

Smaller organisations have also reported massive spikes in offsetting. Caroline Pomeroy, the director of the NGO Climate Stewards, which offsets emissions for individuals and small businesses, said income from individuals offsetting had increased by 156% year on year, and that there had been an 80% increase in income from businesses and charities offsetting.

Offsetting means calculating emissions and then purchasing equivalent “credits” from projects that prevent or remove the emissions of an equivalent amount of greenhouse gases elsewhere. Carbon offsetting has been controversial, with some critics saying it allows big polluters and individuals to buy carbon credits in exchange for a clean conscience while continuing to fly, drive and use fossil fuels.

But in the past 10 years, highly regulated global carbon and renewable energy markets have been created and participating companies and NGOs are theoretically held to international standards by independent verifiers.

The organisation Gold Standard was set up by the environment group WWF and other NGOs to ensure the integrity of projects that reduced carbon emissions and to ensure they contribute to sustainable development. Sarah Leugers, its communications director, said: “Everyone should be looking to reduce their emissions as much as possible first, but for most of us it is impossible at this time to reduce them to zero, so taking accountability and financing the reduction in emissions somewhere else in the world is a way to accelerate the path to a low carbon economy.”

Hanrahan said large organisations were being driven to be responsible for not only the emissions that they created as a company, but also so-called “Scope 3 emissions” from the use of their products, by a combination of consumer pressure and governments pushing for corporations to become more accountable for their impact on the climate.

Leugers said transformative projects were those that improved cooking facilities in the developing world, for example by providing biogas stoves and projects that improved access to clean water, thus reducing greenhouse gases from burning firewood to boil water.

“These are life-changing for people in the developing world and have real impact on reducing carbon emissions,” she said.

Gold Standard has reported a fourfold increase in income from individuals and small businesses paying for carbon offsets through its platform.

“People are willing to take action and are looking for ways to take action. We see it as a way that someone can feel empowered and reduce their carbon footprint,” said Leugers.

Climate Stewards funds a project in Nepal paid for by the purchase of carbon offsets, where 240 fuel-efficient cooking stoves have been built for remote communities. Each stove saves 6.5 tonnes of carbon dioxide (CO2) per year per household and the stoves last for about 10 years.

The price for a tonne of CO2 is not set globally, and varies between offset suppliers on the voluntary market.

The US Environmental Protection Agency in 2015 assessed that for every tonne of CO2emitted into the atmosphere, we sacrifice between $11 and $212in environmental degradation and negative social impacts.

David Hughes, the chair of Climate Stewards, said: “This year, the whole business of carbon offsetting has suddenly taken off. It has been so gratifying to see a lot of individuals choosing to offset over the last 12 months – the numbers have more than doubled.

“We are seeing the Greta effect, the impact of Extinction Rebellion, the impact of the words of David Attenborough, the school strikes, all of these coming together.”

But Hanrahan said while voluntary carbon mitigation and individual actions were laudable, ClimateCare was clear in its call for mandatory carbon pricing and mitigation for large corporations and industries like aviation.

“Our position is that this should not be an optional or voluntary thing. Expecting individuals to be able to make fully informed decisions about such a specialist, complex area is madness,” he said.

“What we want is a scenario where corporates are mandated to pay a price on carbon that reflects the societal cost of dealing with climate change and carbon emissions, and to pay for mitigating their emissions.”

Flying to and from Malaysia to visit his family each year was causing increasing concern to Shanon Shah, a freelance writer from London.

Through his partner, an Anglican priest, he was introduced to Climate Stewards, and began to see a way in which he could compensate for his carbon footprint.

“But then I thought, it isn’t enough to offset the flights that I am going to take in the future, as I take them. I sat down and tried to remember all the flights I had ever taken in my life.

“And bit by bit I accounted for my flying in the past. Every few weeks when I got a paycheck I offset a few of the past flights that I had made over a particular period. Over the course of six or seven months, I managed to offset all the flights I can ever remember taking. That was around 35 flights.”

Shah is continuing his mission to reduce and mitigate his own emissions. “From now on, every time I book a flight I offset it.”

But Shah thinks the airline industry itself has to be made accountable for its emissions. Emissions from international aviation are not included in national inventories of their emissions, and under the Kyoto protocol – something there is growing pressure to change – aviation is not subject to VAT or fuel tax.

“It has excluded itself from all these environmental protocols, and there should be more pressure to make their emissions accountable,” said Shah. “But in the meantime I think that this is something I can do as an individual.”

In Stoke-on-Trent, Daniel Charlesworth, 24, who works for the police, has made a similar decision. He has chosen to offset all his car travel.

“I have been researching electric cars for months, but there is a lot of life left in my car and I cannot afford an equivalent electric car,” he said. “So I have begun offsetting my journeys each month and set up a direct debit, I think it amounts to about £7 per month.

“I know that even if you have thousands and thousands of individuals like me doing the same it is not going to make a huge difference, but I feel I have a personal responsibility to be accountable for my emissions. And if what I am doing leads others to do it as well, it can help to drive change.”