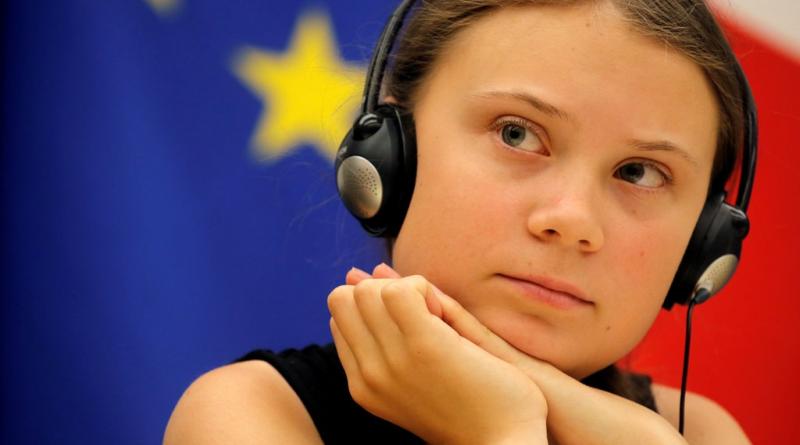 Greta Thunberg, the 16-year-old Swedish climate activist, will cross the Atlantic Ocean in mid-August on an open-cockpit racing yacht to attend a United Nations summit meeting on global warming.

The trip to New York is expected to take two weeks. Ms. Thunberg, who is taking the year off from school to campaign against climate change, also plans to attend the annual United Nations Framework Convention on Climate Change talks, to be held in December in Santiago, Chile.

She has called the two conferences “pretty much where our future will be decided” because nations will be pushed to further reduce emissions of the planet-warming gasses that come from burning fossil fuels. “We still have a window of time when things are in our own hands. But that window is closing fast. That is why I have decided to make this trip now,” Ms. Thunberg said in a statement Monday.

Ms. Thunberg does not fly because of the greenhouse gas emissions associated with air travel. She had been seeking an alternate means of traveling to New York for the summit meeting.

The boat she plans to take, Malizia II, is outfitted with solar panels and underwater turbines to generate electricity. That should make the entire trip possible without burning any fossil fuels.

Boris Herrmann, who will skipper the boat, said the voyage would not be the luxury cruise that a high-tech yacht might conjure in the popular imagination. The Malizia II is built for speed, not comfort. It has no kitchen, refrigeration system, air-conditioning or showers.

“There’s really zero comfort on this boat,” Mr. Herrmann said. He said he had warned Ms. Thunberg that, for two weeks, she will mostly eat freeze-dried and vacuum-packed meals, and that the crossing is likely to be choppy or worse.

“I asked her if she was scared and she explained in a very analytical way that she thinks this voyage is safe, the boat has a lot of safety systems and is capable of sailing around the world in a race and therefore it’s a strong boat,” Mr. Herrmann said. “She seems not to be worried about her comfort that much.”

Ms. Thunberg will be accompanied on the trip by a filmmaker; her father, Svante; and Pierre Casiraghi, the head of the Malizia II racing team who is also the grandson of Prince Rainier III of Monaco and the American actress Grace Kelly.

Mr. Casiraghi said there were only a handful of zero-emissions vessels like Malizia II in existence. He said the team developed it after becoming frustrated at the incongruity of working so hard to keep the oceans clean while simultaneously burning fossil fuels.

Safety rules require that racing boats like the Malizia II have motors and generators aboard in case of trouble, like a broken rudder near the shore, for example, but the team keeps them sealed. “We’re not going to use any fuel unless we have an emergency,” Mr. Casiraghi said.

Mr. Hermann said he had connected with Ms. Thunberg after his girlfriend, a schoolteacher in Hamburg, Germany, told him about the impression she had made during an appearance there in March. The girlfriend suggested that if Ms. Thunberg everneeded to make a trip that was not possible by train, Mr. Herrmann should offer his help.

A few weeks later Ms. Thunberg spoke publicly about the challenges of traveling to the United States and Chile without flying, and Mr. Herrmann and Mr. Casiraghi offered her a ride.

Ms. Thunberg said in a statement she expected to attend a number of events along the way to the climate conferences, making stops in Canada, Mexico and South America, and “meeting with people most impacted by the climate and ecological emergency.”

“Together with many other young people across the Americas and the world, I will be there, even if the journey will be long and challenging,” she said. “We will make our voices heard. It is our future on the line, and we must at least have a say in it.”

The Malizia II will drop Ms. Thunberg off in New York and go on its way. Mr. Casiraghi said arrangements for her return to Sweden had not yet been made.

“She has a long way to go,” he said. “Her adventure is much bigger than just this crossing.”

Greta Thunberg tells UK leaders ‘You did not act in time’.

Becoming Greta: ‘Invisible Girl’ to Global Climate Activist, With Bumps Along the Way