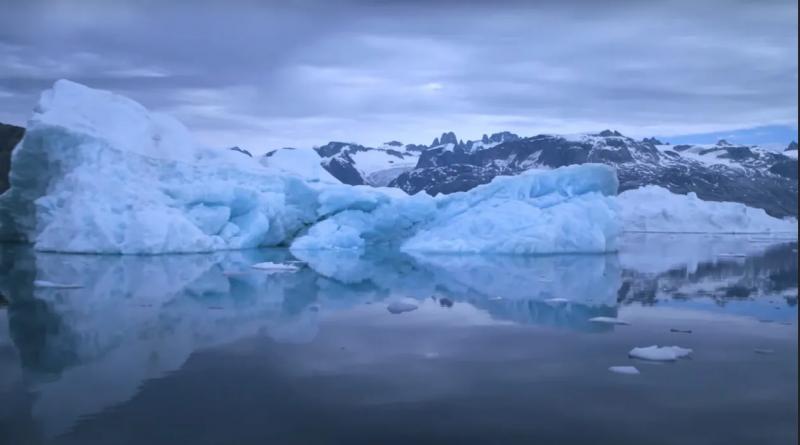 Greenland's ice sheet has reached the "point of no return" and would continue to melt even if the climate crisis were halted, a new study has found.

The study, published in the journal Communications Earth & Environment Thursday, used more than 30 years of satellite data to determine that the ice sheet would continue to shrink even if surface melting decreased.

However, the findings are not an excuse to give up on climate action.

"We've passed the point of no return but there's obviously more to come," study coauthor and Ohio State University professor Ian Howat told CNN. "Rather than being a single tipping point in which we've gone from a happy ice sheet to a rapidly collapsing ice sheet, it's more of a staircase where we've fallen off the first step but there's many more steps to go down into the pit. 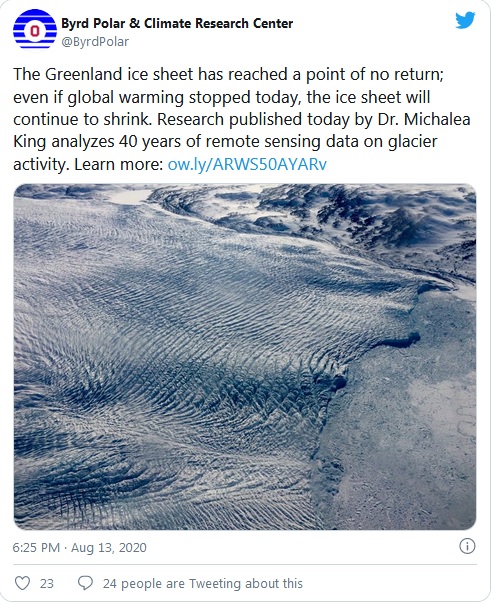 Greenland's ice sheet loses mass when icebergs calve or glaciers melt into the ocean and gains it when snow falls on the surface of the glaciers.

The scientists used monthly data from more than 200 large glaciers that drain into the ocean around Greenland, an Ohio State University press release explained. During the 1980s and 1990s, the glaciers lost roughly as much ice through melt and calving as they gained through snowfall. But, starting in the year 2000, that changed.

"We are measuring the pulse of the ice sheet — how much ice glaciers drain at the edges of the ice sheet — which increases in the summer. And what we see is that it was relatively steady until a big increase in ice discharging to the ocean during a short five- to six-year period," lead study author and Ohio State University Byrd Polar and Climate Research Center scientist Michalea King said in the press release.

Before 2000, the ice sheet had an equal chance of gaining or losing mass each year; now, it only would only gain mass once every 100 years. Greenland's larger glaciers have also retreated about three kilometers (approximately two miles) since 1985. This means more of the glaciers are exposed to warmer ocean water, which increases melting. That is why the ice sheet would continue to retreat if global warming stopped.

When it comes to climate change, what happens in Greenland does not stay in Greenland. The Greenland ice sheet is the largest contributor to global sea level rise, the paper pointed out. It currently raises ocean levels by more than a millimeter a year, CNN reported. And sea levels are expected to increase by around three feet by century's end.

"There's a lot of places, like in Florida especially, where one meter alone would cover a lot of existing land areas," King told CNN. "And that's exacerbated when you get storms and hurricanes and things like that, that then cause extra surge on top of a higher baseline."

However, King said studies like hers could help low-lying areas adapt to the coming changes.

"The more we know, the better we can prepare," she said in the press release.