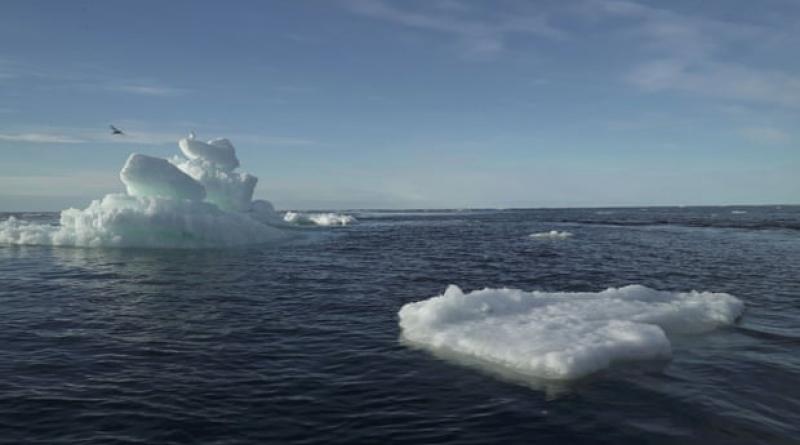 Warmest temperatures since 1900 have all occurred within the past seven years, according to Noaa’s annual Arctic report card.

The Arctic’s rapid transformation into a less frozen, hotter and biologically altered place has been further exacerbated by a year of wildfires, soaring temperatures and loss of ice, US scientists have reported.

The planet’s northern polar region recorded its second hottest 12-month period to September 2020, with the warmest temperatures since 1900 all now occurring within the past seven years, according to an annual Arctic report card issued by the National Ocean and Atmospheric Administration (Noaa).

The Arctic is heating up at a rate around double that of the global average, due to the human-caused climate crisis.

Some places were abnormally hot in 2020, with parts of Siberia 9F (5C) above the long-term average in the first half of the year. In June, the Siberian town of Verkhoyansk reached 100.4°F, the hottest temperature ever recorded north of the Arctic Circle.

Meanwhile, Arctic sea ice shrank to its second lowest summer extent in the 42-year satellite record in 2020, with the loss of ice and surging ocean heat causing a burst of ocean plant growth and altered behavior of bowhead whales.

“It has been yet another year of breathtaking changes in the Arctic,” said Jennifer Francis, the senior scientist at the Woodwell Climate Research Center. “Temperatures in Siberia have been off the charts most of the year, and the Arctic passages have been open for shipping much longer than any previous year.”

The vast Greenland ice sheet lost mass again in 2020, albeit at a slower rate than last year, the report card states.

The continual melting of the world’s glaciers is fueling sea level rise, threatening coastal cities with flooding. Scientists have been closely monitoring the ice sheet, as well as its equivalent in Antarctica, to ascertain how the huge changes under way will impact the environment.

A tumultuous year in the Arctic has seen the last fully intact ice shelf in Canada collapse after losing more than 40% of its area in just two days, while thawing permafrost caused a disastrous oil spill in Russia after a fuel tank collapsed.

The latest scientific warning over the changing Arctic will provide further urgency to international climate talks to mark the fifth anniversary of the Paris climate agreement.

“The Arctic is transitioning from a predominantly frozen state into an entirely different climate, due to emissions of greenhouse gases,” said Laura Landrum, the associate scientist at the US National Center for Atmospheric Research Climate and Global Dynamics Laboratory.

“If we do not bring emission rates down, Arctic climate will change so significantly that this year’s record low sea ice extents will look large and record warm temperatures will appear cool compared to what we will experience in the future.”

Zack Labe, a postdoctoral researcher at Colorado State University, said the Arctic is “yelling at us to pay attention”. He added: “Unless we slow global warming by systematically reducing our greenhouse gas emissions, the chances of our first ‘ice-free’ Arctic summer will continue to increase. This rapid climate change in the Arctic will continue to have consequences for the entire Earth system.”