Great Barrier Reef flagged as ‘in danger’ world heritage site. What does this mean? 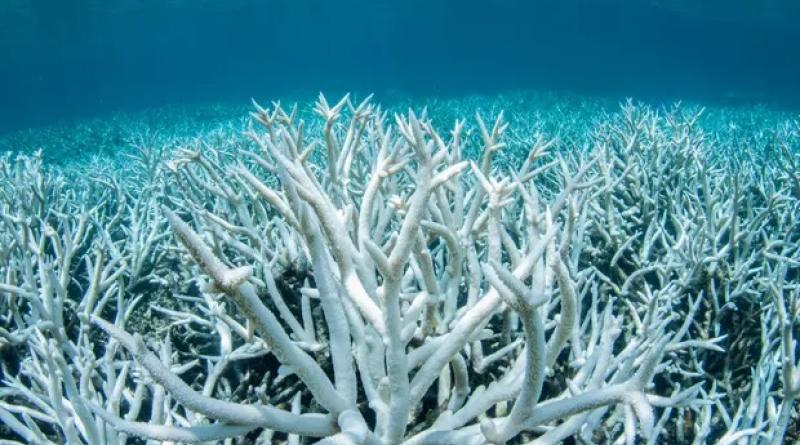 Scientists have delivered clear advice for the reef. So what did their report say, how might the government respond and what happens next?

The status of the Great Barrier Reef as a globally significant and intact world heritage site is under the spotlight again.

Two UN-backed scientists have today recommended, after a 10-day inspection earlier this year, the world’s biggest coral reef system should be placed on a list of world heritage sites “in danger”.

So what did their report say, how might the government respond and what happens next?

What’s in the report?

The 100-page report recounts the investigations of two scientific experts – Eleanor Carter, of the International Union for Conservation of Nature, and Hans Thulstrup of Unesco – from their 10-day trip to Queensland and the reef in March.

The visit coincided with the seventh recorded mass bleaching event on the reef caused by global heating and the first in a La Niña year – a period that, in the past, has given a respite for corals from heating.

For years, Unesco and the World heritage committee which it advises have held concerns about the impacts of climate change on the reef, as well as nutrients and sediments running off cane and banana farms and cattle grazing properties.

The report says while there had been much hard work and progress on improving water quality, the improvements had been far too slow.

There are a further 12 lower-priority recommendations.

But the report concluded “the [Great Barrier Reef] is faced with major threats that could have deleterious effects on its inherent characteristics” and that it met the criteria for inscription on the list of world heritage sites in danger.

Rapid implementation of the recommendations, the report said, could “drastically improve” the state and federal government’s chances of conserving the reef and its globally unique features “for future generations”.

What will the government do?

In June 2021, Unesco – the UN’s science and culture agency – sent a recommendation to the world heritage committee that the reef should be placed on the list of sites “in danger”.

The Morrison government said it had been blindsided by the recommendation – a claim rejected by Unesco, which said it had given no assurances to Australia.

This sparked a furious round of international lobbying from the Morrison government, with then environment minister Sussan Ley flying out on a government jet to meet members of the 21-country world heritage committee.

At the same time, Canberra-based diplomats were taken on a snorkelling trip by then reef envoy Warren Entsch, whose seat of Leichhardt is based in Cairns.

Plibersek told reporters on Tuesday that she would be lobbying Unesco on the issue.

In June, she met with Unesco’s director general Audrey Azoulay at an oceans conference in Portugal and the Guardian understands the issue of an “in danger” listing was discussed then.

Richard Leck, head of oceans at WWF-Australia, encouraged the government “to have greater communication with Unesco.

“But we expect that would involve how the Australian government is adopting these important recommendations and their progress on implementation. Let’s engage on the substance of protecting the reef, not the politics of its protection.”

The world heritage committee is a sovereign decision-making body made up of 21 countries that checks on how governments – known as state parties – are conserving listed sites and considers applications for new inscriptions.

In recent years, observers have expressed deep concerns the committee has become too politicised and was too often ignoring scientific advice, putting the integrity of the convention that governs the process at risk.

When Unesco recommended in 2021 the reef be placed on the “in danger” list, the Guardian reported Australia had engaged in horse-trading with other countries to support them, in return for voting in the government’s favour on the reef.

The recommendation in the latest mission report is not formal advice to the committee, but Unesco will consider it in the coming months as it is expected to compile a State of Conservation report on the reef.

Those conservation reports include “draft decisions” for the world heritage committee to consider and are usually made public at least six weeks before its annual meetings.

When is the next world heritage meeting?

The reef’s status was due to be debated at a world heritage meeting in Russia in July last year, but that meeting was postponed after Russia invaded Ukraine.

Last week Russia resigned as chair of the committee, with rules saying the option to replace them should go to the vice-chair that follows in alphabetical order after Russia.

Saudi Arabia – a country that sided with Australia on reef issues under the Morrison government – is considering taking on the role. If they decline, the option then goes to South Africa, and then Thailand, Argentina and finally Italy.

The next world heritage meeting is expected in the first half of next year and it is possible the reef’s status could be discussed then.

But WWF-Australia – a conservation group that advocates for the reef within the World Heritage process – said on Tuesday that Unesco and the world heritage committee should put any formal consideration of an “in danger” listing on hold until 2024 to give the federal and state governments time.

Leck said: “We’ve seen some refreshing language from the Australian government about wanting to shift from being a laggard on climate action and nature protection to being a leader.

“This report is a real test of that. We need some time for the Australian government to adopt all the recommendations in this report and begin implementation.

“We think it’s appropriate the government be given that time and then an assessment can be done in 2024 on its progress in implementation. If they fail [to implement the recommendations] that’s when an ‘in danger’ listing is considered.”

‘Devastating’: 91% of reefs surveyed on Great Barrier Reef affected by coral bleaching in 2022