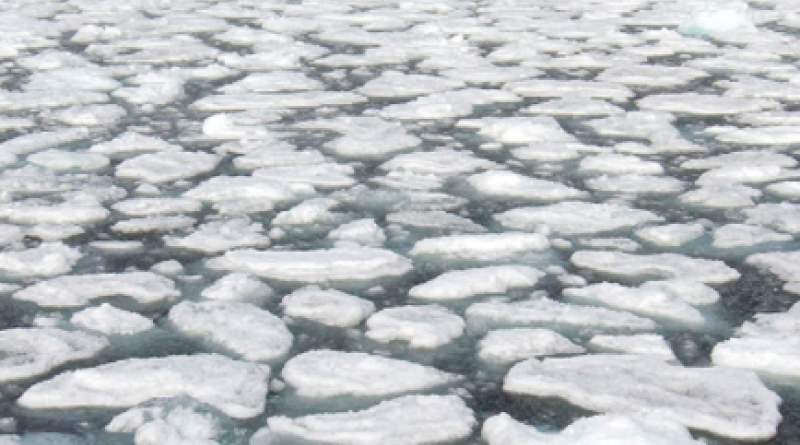 Melting on the ice sheets has accelerated so much over the past three decades that it’s now in line with the worst-case climate warming scenarios outlined by scientists.

A total of 28 trillion metric tons of ice was lost between 1994 and 2017, according to a research paper published in The Cryosphere on Monday. The research team led by the University of Leeds in the U.K. was the first to carry out a global survey of global ice loss using satellite data.

“The ice sheets are now following the worst-case climate warming scenarios set out by the Intergovernmental Panel on Climate Change,” lead author Thomas Slater said in a statement. “Although every region we studied lost ice, losses from the Antarctic and Greenland ice sheets have accelerated the most.”

Ice melt from sheets and glaciers contributes to global warming and indirectly influences sea level rise, which in turn increases the risk of flooding in coastal communities. Earth’s northern and southern poles are warming more than twice as fast as the rest of the planet. In 2020, a year of record heat, Arctic sea ice extent hovered around the lowest ever for most of the year.

The new research, which used information from the European Space Agency’s network of satellites, found that Earth lost 1.3 trillion tons of ice in 2017, accelerating from 0.8 trillion metric tons per year in the 1990s.

The ice lost is equivalent to a 100-meter-thick sheet of ice able to cover the whole of the U.K. Another way to think of it is as 28 giant ice cubes —one for every trillion metric tons of ice lost—each taller than Mount Everest and measuring 10 kilometers in width, height and depth, the scientists said.

“One of the key roles of Arctic sea ice is to reflect solar radiation back into space, which helps keep the Arctic cool,” said Isobel Lawrence, a researcher at the Leeds’ Centre for Polar Observation and Modelling. “As the sea ice shrinks, more solar energy is being absorbed by the oceans and atmosphere, causing the Arctic to warm faster than anywhere else on the planet.”

The survey, which also analyzed 215,000 mountain glaciers around the planet, concluded that half of the losses were from ice on land, including from mountain glaciers and the Greenland and Antarctic ice sheet. These losses have raised global sea levels by an estimated 35 millimeters.