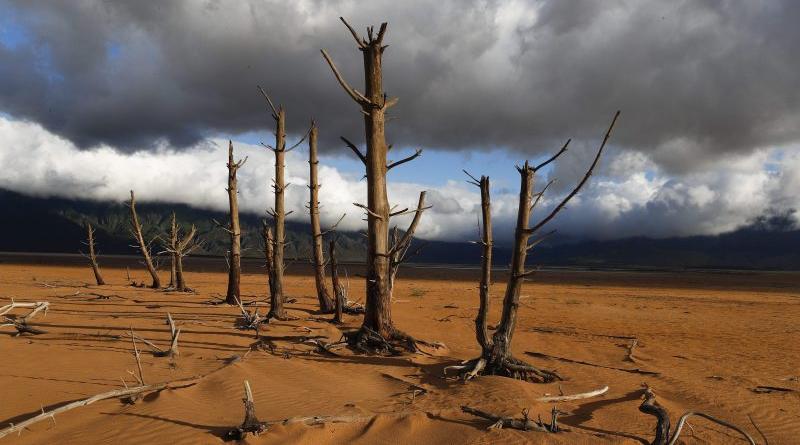 In his opening speech at an event organised by his services, Maas stated that conflicts are preordained.

Climate change is acting as a catalyst all over the world: drought, crop failures, floods, conflicts over land use, new migration flows. All efforts must now focus on the fight against climate change – even the UN Security Council, which normally deals with armed conflicts, needs to get involved.

Germany’s two-year membership in the UN Security Council, between 2019 and 2021, gave it the ability to launch this Call for Action.

“We want to change the structure of the UN Security Council’s work. Right now, we only deal with crises, conflicts and wars when they have already taken place. People have to die. And it is not enough for them to starve to death or to die of thirst. One has to be a victim of armed violence,” criticised Maas.

If the UN Security Council is to increase its preventive work new mechanisms are needed to be able to react much earlier and a key element of this Call for Action is the development of such systems.

For example, the Potsdam Institute for Climate Impact Research, in cooperation with the German Foreign Office, is currently developing such an early warning system for the Sahel region – with a particular focus on food security.

A wider-encompassing early warning system is also expected to be developed in cooperation with local communities, according to the Potsdam Institute’s researchers, Ottmar Edenhofer and Johan Rockström.

In addition, an international network of experts has been entrusted with the preparation of several regional analyses, including studies on the Amazon Basin and the situation of small island states.

At the start of April, the Foreign Office organised a UN workshop on how the consequences of climate change could be better taken into account when analysing conflicts. As a result, a UN body has now developed a new analysis tool that will be tested “shortly” in the Horn of Africa.

Maas is also suggesting that the UN publishes a report on a regular basis – he calls it the “Global Risk and Foresight Assessment,” which is intended to identify concrete solutions. With the help of well-founded analyses, the international community is to be made aware of the extent to which climate change is exacerbating conflicts worldwide.

In addition to focusing on comprehensive analyses, the Call for Action calls on strengthening the United Nations’ capacity to act on climate and security issues. This is to be achieved by involving experts in climate and conflict issues.

The first expert will start working in Somalia in the next few weeks, Maas announced. “It is a small step but if it becomes the norm in all peace missions and conflict areas, it can have a huge impact,” he added.

Finally, he called for greater coherence in terms of policy in projects that focus on climate, sustainable development, security and peace-building.

As an example, Maas cited a mediation project in Nigeria that has been running since 2016, which aims to ensure mediation between predominantly Muslim shepherds and Christian farmers when these face land-related conflicts.

“Here the focus is not directed at religion, but on the increasingly scarce resources in the Sahel region. We work directly with churches. Climate protection and conflict prevention already go hand in hand,” said Maas. This approach could also benefit many other regions.

In any case, the goal is to deliver as quickly as possible, which calls for a global effort.

For example, Germany must no longer pull on the brakes when France makes ambitious proposals. Achieving the international climate targets is the new imperative of German foreign policy, Maas said.

The Call for Action is also supported by the Potsdam Institute for Climate Impact Research, and by the research and consulting institute adelphi.

Nauru and Ghana are among the “group of friends” that includes 50 other states, which, along with Germany, are eager to strengthen the focus on the climate crisis.

Their country reports on the already visible consequences of climate change should complement scientific analyses and make them easier for the international community to understand as they provide concrete examples.

“When entire communities are washed away by floods or droughts destroy the land, more and more people from rural areas end up in our cities. If they cannot find work there, they will make their way to Europe. You have to start investing so you can help us deal with the situation,” Botchwey said.