The future of energy: shedding light on different renewable energy options after the Chevron announcement. 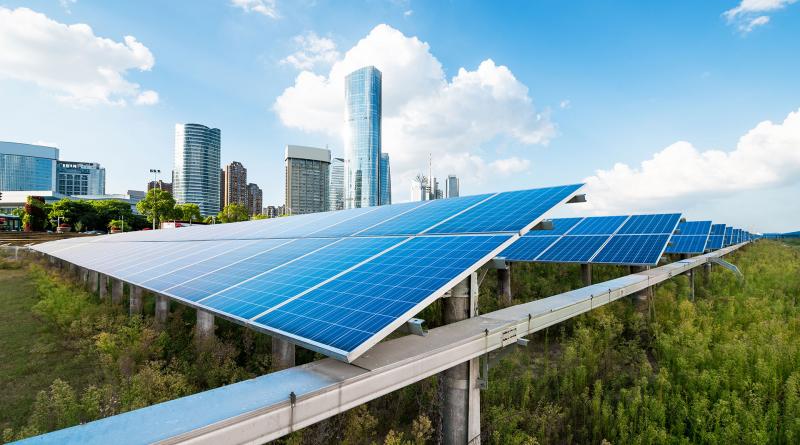 After the big oil corporation, Chevron, announced their $11 billion write-down, experts are predicting a negative future for the oil industry. The chances of making a profit in the oil industry are now on the decline due to investors seeking out more eco-friendly resources. Many are wondering if accessibility to such renewable resources will increase in the following years. Furthermore, with talks of the oil industry declining, people are wondering what that may mean for legislation concerning new energy sources and how they will be implemented in daily life. One thing is certain — there are plenty of eco-friendly, energy options available as opposed to Chevron’s oil.

This downward spiral comes as a surprise to consumers, as the oil industry was perceived to be making great strides in growth. In fact, the oil and gas industry had a 36.3% increase in profits between 2018 and 2019. In prior decades, the oil industry would do everything in their power to eliminate any idea of their role in global warming. Many oil companies would funnel millions into anti-climate change campaigns and even pay to suppress scientific facts with their own falsified information, just as cigarette companies would do in the past.

As if the oil industry wasn’t powerful enough, they also had strong political figures backing them up. Notably, United States President Donald Trump defended big oil businesses by pulling out of the Paris Climate Accords. Capitalist greed led the president to believe that dominating scarce resources like oil would grant the United States economic growth. With so many big players encouraging the use of fossil fuels, it was hard for society to swim against the tide.

Coming into the new decade, it’s almost unbelievable that the fossil fuels industry is taking such hard financial hits when one considers their past success. For those wondering what brought on this sudden reckoning, the answer is quite simple: whether big oil companies like it or not, the public is beginning to recognize the harsh effects of climate change. Investors are deciding to pull out and focus more on clean energy resources. Firms such as Goldman Sachs have also quit financing oil drilling in certain areas due to climate change and the general cost of the process. With faith from important investors declining in big oil corporations, it is predicted that by 2025, 10 of the largest oil companies will decline in value. In the political arena, many protests, like the September Climate Strikes, have begun in an effort to speak out against excessive greenhouse gas emissions. The people are demanding new policies on climate change.

Renewable energy has become the most successful combatant against the oil industry. Cleaner energy alternatives such as solar and wind power and electric vehicles have become increasingly affordable and easier to access. Demand for electric vehicles has gone up, decreasing the need for gasoline-powered cars. It is predicted that electric vehicles will forever change how people think about transportation. Electric vehicles aren’t just eco-friendly, they are also cost efficient. With prices slowly rising, electric vehicle owners don’t have to invest in gasoline. Lithium-ion battery powered vehicles also possess a range almost as large as gasoline vehicles that will only increase over time.

In regards to lawmaking, cities like Bellingham, Washington may attempt to ban the heating of all homes with natural gas. The city has also replaced street lights with low-power LEDs and has given bicycles to city employees. Policymaking like this could be the catalyst for other cities in America to do the same. Bellingham could serve as an example for many state or federal lawmakers. If big oil companies continue down the path they are heading and the country keeps searching for better eco-friendly alternatives, lawmakers will want to invest in the more successful renewable energy companies and would therefore be more likely to pass laws implementing the use of these alternative resources.

It is uncertain whether or not the oil business will go back to normal or continue on their path to nonexistence, but one thing is for sure, the country has recognized its carbon footprint. With the loss of money and support for the oil corporations, room has been made for a new industry that is in favor of fixing climate change for future generations to come.

Exxon predicted in 1982 exactly how high global carbon emissions would be today.