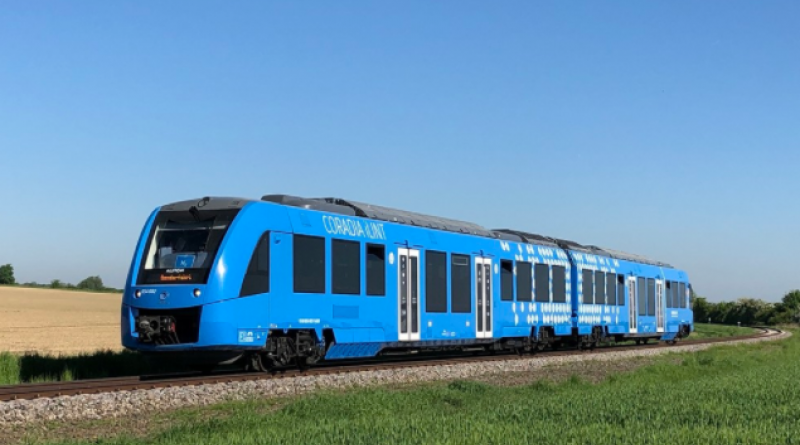 Rail transport has traditionally been the most environmentally friendly way to travel, having far lower greenhouse gas emissions per kilometer than cars or planes. But this doesn’t mean there’s no room for improvement.

In the early 2000s, hydrogen trains gathered some attention, but they seemed to be decades away from actually becoming a reality — seemed being the key word.

The first mini-hydrogen train was piloted in Taiwan in 2007. Fast forward to 2019, and the US had already announced the production of its first hydrogen train, set to hit the rails in 2024. But Europe has moved even faster.

In 2018, Germany launched Coradia iLint, the world’s first passenger train powered by a hydrogen fuel cell that produces electrical power for traction. The train emits only steam and condensed water, which means that if the hydrogen is produced from clean energy, it’s truly a zero-emissions transport mode.

The train in Germany operates on nearly 100 kilometers of line and does not require any electrical lines. It was produced by Alstom, a company headquartered in France. Now, France wants its own share of hydrogen trains, and ordered 12 from Alstom. Alstom France president Jean-Baptiste Eyméoud commented:

“Alstom is the first rail company in the world to launch a hydrogen train onto the market and to master this technology through its iLint train, developed for the German market.

“This new order for the French market is fully in line with Alstom Group’s ambition to become number one in the green and smart mobility market and to help roll out an efficient hydrogen ecosystem in our regions.”

These new trains have an autonomy of up to 600 km on a non-electrified railway, and each four-car train can accommodate 218 passengers, providing the same performance and comfort level as its regular counterpart. They also reportedly produce less noise pollution than regular trains. They can travel at 140 kilometers an hour (88 miles) and combine onboard hydrogen with outside oxygen via a fuel cell mounted in the roof that powers the motors.

“France has everything it needs to become a hydrogen champion: the French government is fully committed to turning this ambition into reality. We will be covering 47 million euros of development costs for France’s first regional hydrogen-powered train.” said Jean-Baptiste Djebbari, Minister Delegate for Transport, French Ministry of the Ecological Transition.

Hydrogen trains are considered a solid alternative for reducing emissions in the railway sector, but it’s more expensive to produce the electricity required for them at this moment. SNCF is also testing other alternatives, including trains based on batteries and trains using biofuel.

Scotland set to receive its first Hydrogen-powered train this year.