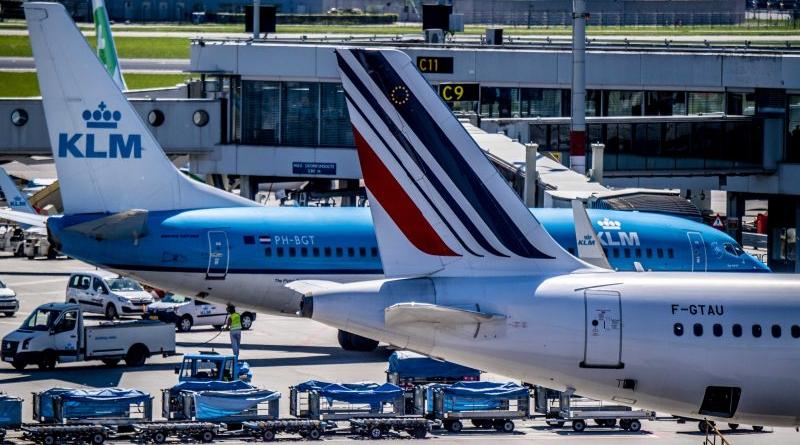 France announced Tuesday (9 July) it would impose new taxes on plane tickets of up to €18 per flight, joining other EU states seeking to limit the environmental impact of air travel.

The government said that the funds from tickets for flights originating in France would be used to create less-polluting transport options as concerns grow about carbon emissions from planes.

The move, which will take effect from 2020, will see a tax of €1.5 ($1.7) imposed on economy-class tickets on internal flights and those within Europe, Transport Minister Elisabeth Borne said.

The new measure is expected to bring in some €180 million a year which will be invested in greener transport infrastructure, notably rail, she said.

“France is committed to the taxation of air transport but there is an urgency here,” she said.

It will only be applied on outgoing flights and not those flying into the country, Borne added.

Flights to the French Mediterranean island of Corsica and also the French overseas departments – which are hugely dependent on air links for their existence – will be exempt, she said.

Shares in Air France fell sharply, down almost 4% to trade at €8.54. Its German competitor Lufthansa also traded lower with its shares falling €2.50 to €14.8.

Air France slammed the measure, which it said would “strongly penalise its competitiveness” at a time when it needed to invest, notably in renewing its fleet, to reduce its carbon footprint.

A similar tax was introduced in Sweden in April 2018, which imposed an added charge of up to 40 euros on every ticket in a bid to lessen the impact of air travel on the climate.

Sweden has seen the development of a movement called “flight shaming” (flygskam) spearheaded by 16-year-old schoolgirl Greta Thunberg who has become a symbol of the fight against climate change.

The industry has been under fire over its carbon emissions, which at 285 grams of CO2 emitted per kilometre travelled by a passenger far exceed all other modes of transport.

Road transportation follows at 158 and rail travel is at 14, according to European Environment Agency figures.

“The sector is under considerable pressure,” Alexandre de Juniac, the chief executive of the International Air Transport Association (IATA), admitted at a meeting of the industry body in June.

So-called ecotaxes have met with heavy criticism from the IATA.

It argues that the effectiveness of such taxes is “doubtful” and said “no government that introduced a ticket tax has been able to demonstrate that such tax reduced CO2 emissions.”

The industry is already subject to the EU carbon emissions trading system and, from 2020, to a new global mechanism called the Carbon Offsetting and Reduction Scheme for International Aviation (CORSIA).

Andrew Murphy, aviation expert with the NGO Transport & Environment (T&E) in Brussels which presses for cleaner transport, said that the tax was far from unique in Europe with similar measures in Britain, Germany, Norway, Italy, as well as Sweden.

“I don’t think that because there is a €18 tax it will deter anyone from flying,” he told AFP. “It will have some minor impact on demand.”

French President Emmanuel Macron is seeking to cast himself a champion of the fight against climate change and ensuring that the 2015 Paris accord on fighting global warming is respected.

He went into this month’s G20 summit in Japan declaring that climate change was a “red line” and emerged with a statement from 19 of its members endorsing the Paris agreement – but without the United States after President Donald Trump pulled out of the agreement in 2017.

Macron is aware he needs to tread carefully on climate issues after rising fuel taxes – which aimed to help France meet its Paris climate accord goals – helped spark the yellow vest street protests against his government last year.