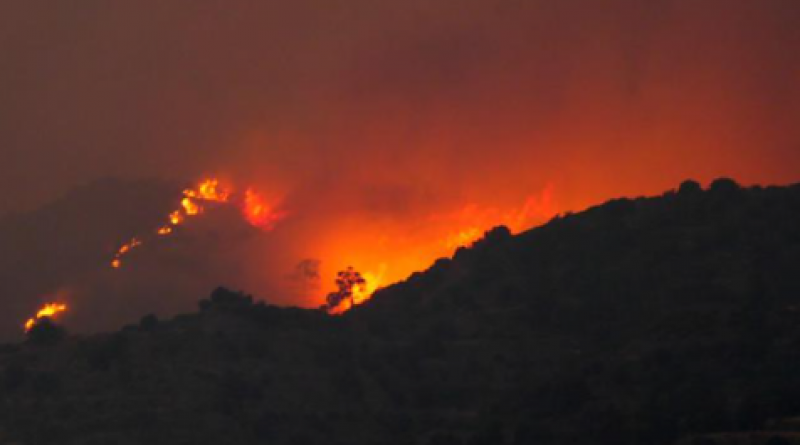 “It passed through like a whirlwind, it destroyed everything,” says community leader

Four people were found dead as Cyprus battled to contain the worst forest fire in its history after homes burnt down and at least eight villages were evacuated.

The blaze broke out in the community of Arakapas on Saturday morning before spreading through a mountainous region near the cities of Limassol and Larnaca.

President Nicos Anastasiades said it was a “very difficult day” as he announced that the "entire state apparatus" had been mobilised to fight the wildfire, which was fanned by strong winds after a week-long heatwave that saw temperatures pass 40C.

Civil defence volunteers found the bodies of the first victims of the fire close to the community of Odou. They are believed to be four Egyptian labourers who went missing on Saturday evening.

“We are experiencing the most destructive fire since the founding of the Cyprus republic in both material damage, but also unfortunately in terms of human lives,” says interior minister Nicos Nouris.

Greece and Israel both sent firefighting aircraft to help with the effort after Cyprus appealed for international help and activated the EU's Civil Protection Mechanism.

The EU Commission said Italy would send planes to assist, and pledged to "provide any further assistance as necessary". The EU's Copernicus satellite has been activated to provide maps of the affected areas.

British forces at two UK military bases on the island have also joined the firefighting effort, along with the Cypriot National Guard, the police and the entire Cypriot Fire Department.

News reports showed homes going up in flames as the perimeter of the blaze grew to at least 25 miles, while smoke from the fire was visible from the capital Nicosia 45 miles away. 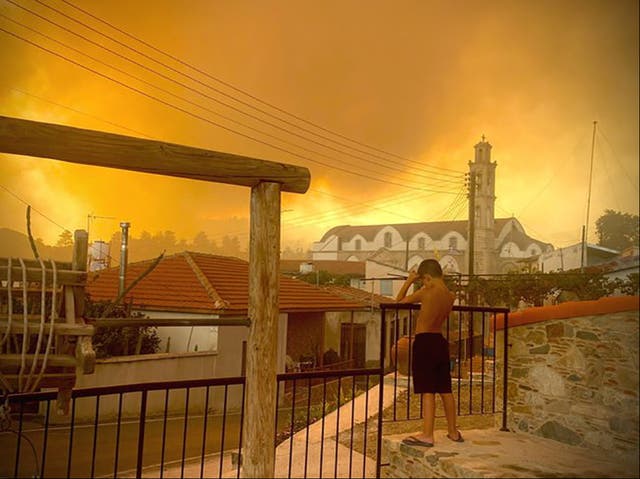 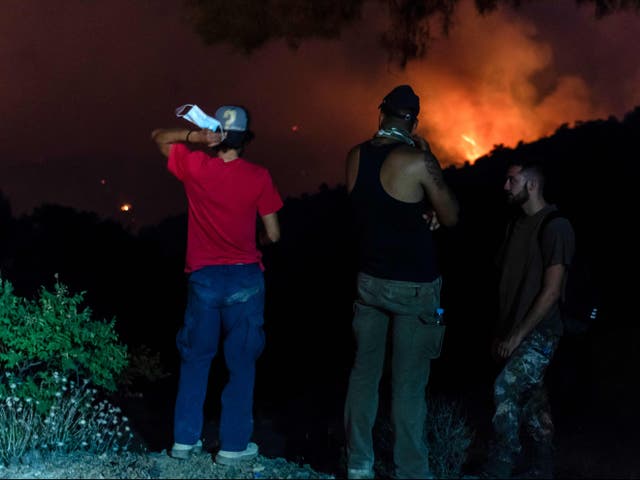 "It passed through like a whirlwind, it destroyed everything," says Vassos Vassiliou, the community leader of Arakapas.

The cause of the fire is under investigation but police arrested a 67-year-old man who was reportedly seen burning stubble in nearby fields. He was detained for eight days.

In an update on Sunday morning, the police said the fire was "still raging with outbreaks that are rekindling" despite the efforts of the authorities overnight. 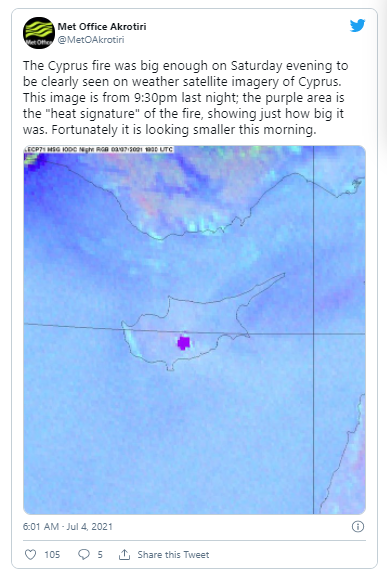 Police also warned that the high temperatures of more than 40C experienced in Cyprus this week meant that the possibility of wildfires was "very high".

They urged the public to avoid burning things outdoors, throwing cigarettes or matches out the car window while travelling or using items that could set nearby dry vegetation alight.