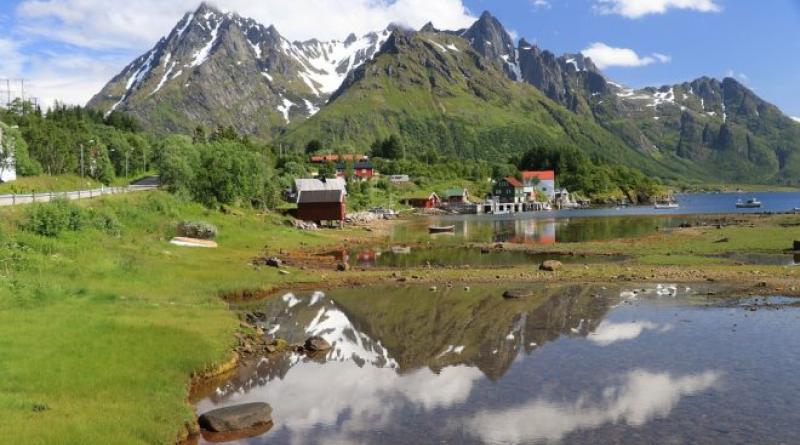 Norwegian fossils declared themselves “surprised and disappointed” last week after the opposition Labour Party, the biggest voting bloc in the national parliament, withdrew its support for offshore oil and gas exploration in the environmentally sensitive Lofoten Islands.

The region had been the subject of an intensive campaign and had lent its name to the Lofoten Declaration, a widely-publicized 2017 statement urging countries to show climate leadership by preparing for a managed decline in global oil and gas production.

With 1.6 million barrels of output per day, Norway is western Europe’s biggest petroleum producer, and Labour changed its policies over the objection of the country’s fossil industry and worker unions, Bloomberg reports. The “dramatic shift” is “a significant blow to the support the oil industry has enjoyed, and could signal that the Scandinavian nation is coming closer to the end of an era that made it one of the world’s most affluent.”

“The whole industry is surprised and disappointed,” said Norwegian Oil and Gas Association Director-General and former Labour politician Karl Eirik Schjott-Pedersen. “It doesn’t provide the predictability we depend on.”

“It creates imbalances in the policy discussions for an industry that’s dependent on a long-term perspective, and we can’t accept that,” added union leader Frode Alfheim. “There’s probably a lot of people in the industry who are wondering what Labour actually stands for.”

Previously, “oil companies led by state-controlled Equinor ASA, the biggest Norwegian producer, have said that gaining access to Lofoten is key if the country wants to maintain production as resources are being depleted,” Bloomberg notes. “Estimates suggest that one to three billion barrels could be hiding off the archipelago, which is also considered a natural wonder.”

But the expressions of shock notwithstanding, “Labour’s decision wasn’t a big surprise,” Bloomberg notes. “Norwegians are starting to question their biggest export and source of wealth amid growing concerns over climate change. Even some oil executives had already given up on Lofoten, which has been kept off limits for years thanks to political compromises.”