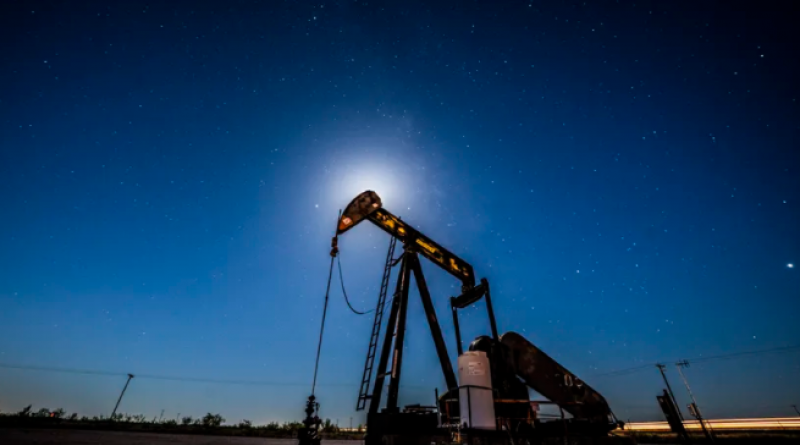 One of the great ironies of climate politics is that America continues to subsidize — to the tune of billions of dollars a year — the very industries that are most responsible for the warming of the planet. Biden wants to put an end to that.

His American Jobs Plan, released last week, recognizes that if the US wants to hit decarbonization targets, and get climate change under control, cutting off government support for fossil fuels is a logical first step. The proposal takes aim at tax preferences, loopholes, and laws that allow fossil fuel companies to dodge costs and avoid cleaning up their pollution.

As part of the tax reform section of the plan, removing preferential treatment for oil, gas, and coal corporations would also free up federal dollars to support dozens of other climate initiatives, for which Biden has proposed around $1 trillion in investment.

But prying away these perks from the industry has been challenging in the past. President Barack Obama and congressional Democrats tried in vain to slice out subsidies, ultimately hitting Republican roadblocks.

Now, with a slim majority in Congress, Democrats have a shot at finishing the job. In the coming months, they will be working on an infrastructure bill that could incorporate many elements of Biden’s American Jobs Plan — including the section on subsidy reform.

Climate advocates say ending subsidies will have a practical economic impact for an industry where margins are often tight, and it will also send a political signal that the government is unambiguously pursuing a clean energy future.

To grasp the potential impact of this reform, let’s look at the web of subsidies today and exactly what it will take to finally untangle it.

Sizing up government support for the fossil fuel industry

First off, the term “subsidy” can be interpreted in many different ways, but it broadly refers to government financial support for an industry.

Some of the biggest subsidies given to the oil and gas industry today extend back almost 100 years. As Molly Sherlock wrote in a 2011 report on their history for the Congressional Research Service, “For more than half a century, federal energy tax policy focused almost exclusively on increasing domestic oil and gas reserves and production.”

Over time, the government began providing subsidies to nuclear and renewable energy as well, but the support for the fossil fuel industry remains strong. The first major Covid-19 relief bill demonstrated that: Congress provided $8.2 billion in tax breaks to 77 fossil fuel companies, according to a new analysis from the nonprofit BailoutWatch.

“It is one of the more egregious ways that the government is prolonging the fossil fuel era and fossil fuel industry influence in our politics,” Collin Rees, a senior campaigner at climate advocacy group Oil Change International, told Vox.

Subsidies are often concealed in obscure language within state and federal tax codes, but Oil Change International combed through the records and produced an in-depth report in 2017. The authors chose to focus on subsidies for fossil fuel mining and drilling, which they argued are particularly egregious — and thus worth our attention — because they can tip the scale toward further fossil fuel extraction.

Consumption and indirect subsidies also support the survival of the fossil fuel business, but less directly. (We’ll circle back to those categories in a bit.)

OCI identified $20.5 billion in annual government subsidies for the oil, gas, and coal industries from 2015 to 2016 — $14.7 billion at the federal level and $5.8 billion at the state level. To put those numbers in context, support for fossil fuels outweighed support for renewable energy based on the data, Vox contributor David Roberts reported.

The majority of the subsidies — 80 percent — went to the oil and gas industry, according to OCI. And the largest subsidy is likely one few Americans have heard of. Corporations get a big tax write-off for “intangible drilling costs,” which applies to expenses for oil and gas exploration before drilling starts. Another obscure but significant subsidy comes in the form of a corporate structure, “Master Limited Partnership,” which allows fossil fuel companies to avoid paying any corporate income taxes.

For the coal sector, the top giveaway has been cheap leases in the Powder River Basin in Wyoming and Montana, where the vast majority of coal mining on federal land occurs. Leases have been allocated without a competitive bidding process for decades.

The chart below ranks these benefits among the other top subsidies.

Again, these production subsidies surveyed by OCI are only a subset of the total support for the industry. Further incentives are given to consumers to use oil and gas.

For instance, millions of homeowners receive support to pay their heating bills through the Low-Income Home Energy Assistance Program. For homes heated by natural gas or oil, that support operates as an indirect fossil fuel subsidy. OCI argues that the program could be redesigned to support its aim without boosting fossil fuel consumption (by providing assistance to convert homes to electric heating, for instance).

Another indirect subsidy: Electricity markets are often structured to favor fossil fuels, as David Roberts explained in his 2018 rundown of subsidies.

Government assistance for the industry runs even deeper if you take into account the invisible externalities of burning fossil fuels — the costs of that are currently borne by the public. These include damage from climate impacts and the health burden of air pollution. As Vox’s Umair Irfan previously reported, the International Monetary Fund calculated that these broad subsidies cost an eye-popping $5.4 trillion globally in 2017.

There has been some debate, however, about how useful it is to classify these costs as “subsidies” from a policy perspective. When it comes to Biden’s approach, he recognizes these costs of fossil fuel burning, but he has shied away from proposing carbon pricing directly after the failure of the cap-and-trade bill under Obama. He has proposed using a clean electricity standard and other sectoral policies to tackle emissions and their social costs instead.

And in the subsidy reform section of his plan, he refers specifically to eliminating tax preferences and making polluters pay into the cleanup Superfund.

How Congress could make these subsidies disappear

From his campaign to his early months in office, Biden has made it clear that dismantling these fossil fuel subsidies one of his climate priorities.

Even without Congress, he has some power to make changes from the White House. One of the key moves he can make is blocking future leases for oil and gas drilling on federal land. Biden didn’t explicitly mention federal leasing in the subsidies section of the American Jobs Plan, but in his January 27 climate executive order, he called for a pause on issuing oil and gas leases on federal lands and waters. In early March, the Department of Interior launched a review of the leasing program.

Becca Ellison, policy manager at Evergreen Action, who co-authored a January paper on subsidies, sees the action on federal lands as progress. “The important thing is that the administration and Congress take comprehensive action, whether they call that a subsidy or not is up to them, but we’ve seen really promising steps on ending support for fossil fuel companies,” she said.

But many of the biggest reforms require congressional support; Democrats have proposed several bills to tackle the problem. A comprehensive plan co-authored by Sen. Bernie Sanders (I-VT) and Rep. Ilhan Omar (D-MN), dubbed the End Polluter Welfare Act, is regarded as the “gold standard” by advocacy groups. Rees said the bill would be reintroduced — after failing to gain traction with the Republican-controlled Senate last July — later this month.

Passing legislation to eliminate subsidies may prove difficult. Many Republicans have long ditched their free-market values to loudly advocate for support for fossil fuels in recent years, as Brian Kahn detailed in Gizmodo. And it may be hard to convince some Democrats who represent fossil-fuel producing states, Reuters reported. But if the slim Democratic majority holds together, Ellison said the subsidies could be removed through the budget reconciliation process.

If a bill including subsidy reform is passed, it could have significant ripple effects.

A change in the US could also help push other countries forward, he added. Since 2009, the G20 has been calling for phasing out these subsidies, and the Paris agreement also pushes nations to align their public finances with its global climate targets.

A 2018 study in Nature found that eliminating global fossil fuel subsidies would decrease carbon dioxide emissions by 0.5 to 2 gigatons by 2030 — the equivalent of Japan’s annual emissions.

These subsidies helped the US become the world’s largest cumulative emitter of greenhouse gases over the last century. Tossing them out certainly seems like a basic prerequisite for America to reclaim leadership on climate change.