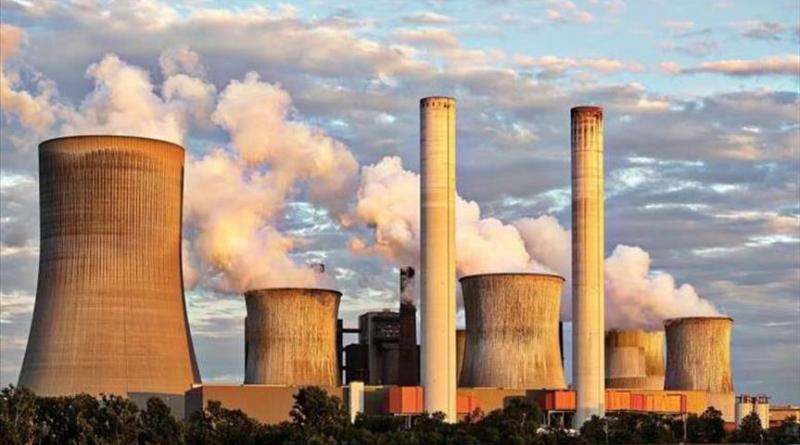 Further reliance on coal and LNG will lead to ever larger and unsustainable fossil fuel subsidies.

“Gas is over”, proclaimed chief of the European Investment Bank (EIB), Werner Hoyer, at the beginning of this year as he stated clearly the bank’s vision for an end to unabated use of fossil fuels.

European officials have since also called for the World Bank to phase out lending for gas projects globally in addition to ending support for coal and oil.

President Biden, meanwhile, pledged in the early days of his presidency to end public finance for fossil fuel development overseas, following in the footsteps of the EIB’s 2019 announcement.

Changes in policy toward fossil fuel financing have not been confined to the West, however.

Japan’s export credit agency – the Japan Bank for International Cooperation (JBIC) – has announced that it will stop financing coal-fired power overseas. Historically a major backer of coal-fired power in developing nations across Asia, the announcement is hugely symbolic.

JBIC’s announcement followed on the heels of similar policy changes from Japan’s commercial banks, including Sumitomo Mitsui and Mizuho, and companies. Most recently, Mitsubishi Corp pulled out of a major coal power project in southern Vietnam in February and pledged not to engage in any more coal projects overseas.

Pressure from the U.S. and Europe in support of overseas fossil fuel projects, as well as marked policy movements from Asian banks, is a sign of things to come for multilateral development banks across the world. Next in the spotlight may be the Asian Development Bank (ADB), which is due to release a new draft of its decade old energy policy this month.

Coal and LNG are hindering, not helping, developing Asia

For the host countries of energy infrastructure, fossil fuel projects are increasingly a fiscal burden, especially as new technologies such as wind and solar rise in quality and fall in cost.

A number of countries around Asia are experiencing coal power overcapacity, including Bangladesh, Pakistan and Indonesia. This means that coal power capacity exceeds power demand and plants operate at less than optimal utilisation rates.

In many countries, the coal power plants’ lost revenue is compensated by government subsidies. In Pakistan these “capacity payments” are set to reach US$ 10 billion per year by 2023, a massive fiscal burden on the country and no doubt one of the reasons why Prime Minister Imran Khan announced last year that Pakistan will develop no more coal power plants.

A similar problem will occur with LNG-related infrastructure, particularly as a result of the patchy availability of LNG imports due to highly volatile prices.

Skyrocketing prices for LNG during northeast Asia’s cold snap in January had an immediate impact on developing Asian nations. Tenders for LNG shipments to Bangladesh did not receive any bids. Pakistan also struggled to secure imports during the price spike.

Without a reliable and affordable source of LNG, gas infrastructure will periodically go idle, which will be relieved by further subsidies and electricity price hikes.

The energy minister of the world’s largest LNG exporter, Qatar, has warned of further price spikes in the future. Global ratings agency S&P has updated its oil and gas industry risk assessment from ‘intermediate’ to ‘moderately high’ in January 2021, citing the ongoing shift towards renewable energy as well as oil and gas price volatility.

Such periods of higher prices are likely to impact investment decisions for LNG development across Asia.

At this stage of the global energy transition, higher fossil fuel prices will kill off long term demand by making renewable energy seem even cheaper. A recent IEEFA report highlighted that around US$50 billion of LNG projects across Vietnam, Bangladesh and Pakistan are at risk of cancellation because of increasing price volatility.

Bangladesh’s new 8th five-year plan itself notes that further reliance on imported LNG and coal will increase the cost of power generation and necessitate either higher consumer power prices or further fossil fuel subsidies (probably both) – an unsustainable burden on Bangladesh’s economy.

The new five-year plan also points out that fossil fuel subsidies have held back renewable energy development in Bangladesh and that the nation already has too much power capacity. A planned build out of imported coal- and LNG-fired power plants simply isn’t required.

Many of the issues faced by Bangladesh’s power system prompted by fossil fuel reliance are also present in Pakistan, although the financial crisis faced by the latter’s energy systems are already substantially worse.

The build-up of debt within Pakistan’s power system – caused in part by subsidised fossil fuels – has reached unmanageable proportions and is expected to reach more than US$17 billion by the end of the current fiscal year. A significant consumer power tariff increase was implemented for a second time this year in order to try and arrest the growing debt and Pakistan is coming under pressure from the IMF to increase tariffs further going forward.

The build-up of debt within the gas system is also accelerating now that Pakistan is more reliant on more expensive LNG imports.

Like Bangladesh, Pakistan is burdened by overcapacity in fossil fuel-based power generation. This year Pakistan will need to make capacity payments of nearly US$4 billion to Chinese-financed coal power plants regardless of how much they are actually utilised. Pakistan has now approached China for debt relief on its coal power loans.

Given this context, it is perhaps of little surprise that the Prime Minister announced that Pakistan “will not have any more power based on coal” at the December 2020 Climate Ambition Summit. That came on the back of the cancellation of several planned coal power plants, most recently in June 2020. Now the power ministry has recommended cancelling the second unit of the Jamshoro coal power plant, whose first unit was financed by the ADB.

It’s clear the funding that has enabled developing Asian nations to become more reliant on coal and LNG is contributing to worsening energy system financial crises. Further reliance on coal and LNG will lead to ever larger and unsustainable fossil fuel subsidies and rising power tariffs for consumers. Both threaten to hold back development.

Multilateral development banks should not be in the business of hindering Asian nations’ development by saddling them with outdated fossil fuel energy infrastructures and their corresponding fiscal burdens. Cheaper, cleaner and more reliable renewables should be central to development banks’ energy financing.