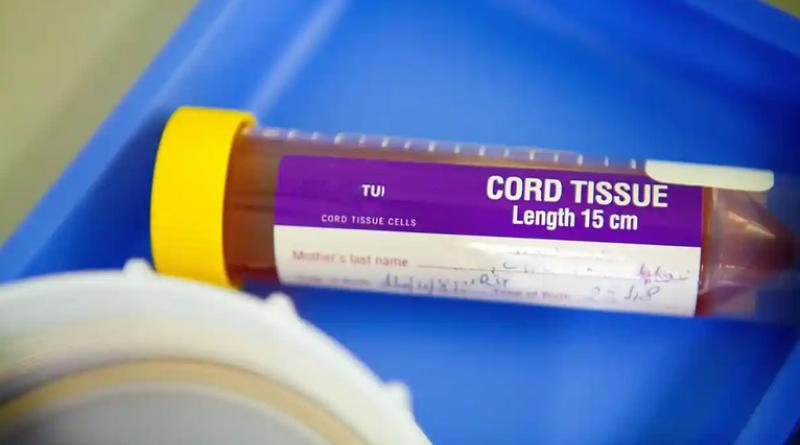 Studies collectively examined nearly 30,000 samples over the past five years in ‘disturbing’ findings

Toxic PFAS chemicals were detected in every umbilical cord blood sample across 40 studies conducted over the last five years, a new review of scientific literature from around the world has found.

“Even before you’ve come into the world, you’re already exposed to PFAS,” she said.

PFAS, or per- and polyfluoroalkyl substances, are a class of about 12,000 chemicals commonly used to make products resist water, stains and heat. They are called “forever chemicals” because they do not naturally break down, and accumulate in human bodies and the environment.

The federal government estimates that they are found in 98% of Americans’ blood. The chemicals are linked to birth defects, cancer, kidney disease, liver problems and other health issues, and the EPA recently found effectively no level of exposure to some kinds of PFAS in water is safe.

Humans are exposed to the ubiquitous chemicals via multiple routes. PFAS are estimated to be contaminating drinking water for over 200 million people in the US, and have been found at alarming levels in meat, fish, dairy, crops and processed foods. They are also in a range of everyday consumer products, like nonstick cookware, food packaging, waterproof clothing, stainguards like Scotchgard and some dental floss.

PFAS in products can be absorbed through the skin, swallowed or breathed in as they break off from products and move through the air.

“The presence of these chemicals is also a threat to pregnant people, serving as first contacts with PFAS before they can pass from the uterus to the developing fetus by way of the umbilical cord,” Uche said.

Scientists focused on umbilical cord blood because the cord is the lifeline between mother and baby. The findings are especially troubling because fetuses are “more vulnerable to these exposures because their developing bodies don’t have the mechanisms to deal with the chemicals”, Uche added.

The studies linked fetal exposure to higher total cholesterol and triglycerides in babies, and changes in their bodies’ bile acids, which can lead to a higher risk of cardiovascular problems later in life.

Some studies also associated cord blood exposure with disruptions to thyroid glands and microbial cells in the colon.

PFAS can remain in the body for years or even decades, and some studies link fetal exposure to effects throughout childhood and adulthood, including on cognitive function, reproductive function, changes in weight, eczema and altered glucose balance.

The studies identified about 35 different kinds of PFAS compounds, including some newer chemicals that industry and some regulators claim do not accumulate in the body. However, science is limited in the number of PFAS compounds it can detect in blood, so it is highly likely that many more of the chemicals passed on to fetuses.

EWG said the best protection is for women to avoid using products that contain PFAS and use reverse osmosis of granulated activated carbon filters that can filter the chemicals, if they are in a mother’s drinking water.

However, Uche said the findings underscore the need for the Environmental Protection Agency (EPA) and the Food and Drug Administration (FDA) to ban all non-essential uses of PFAS, establish limits for all PFAS compounds in drinking water, stop industrial discharges, and establish limits for PFAS in food.

Despite overwhelming evidence that all PFAS that have been studied are persistent in the environment and toxic, the FDA and EPA have so far resisted banning non-essential uses of the chemicals. The EPA last year rolled out a broad plan designed to rein in the chemicals use and limit exposures, but public health advocates say it falls far short of what the situation demands. It also largely focuses on four out of 12,000 PFAS compounds.

“I’m a mother of two – I have a seven- and three-year-old, and knowing that I could have exposed my children to PFAS is disturbing,” Uche said. “With this review we are telling the EPA and FDA to please take simple steps to reduce PFAS exposures, and to protect our children.”