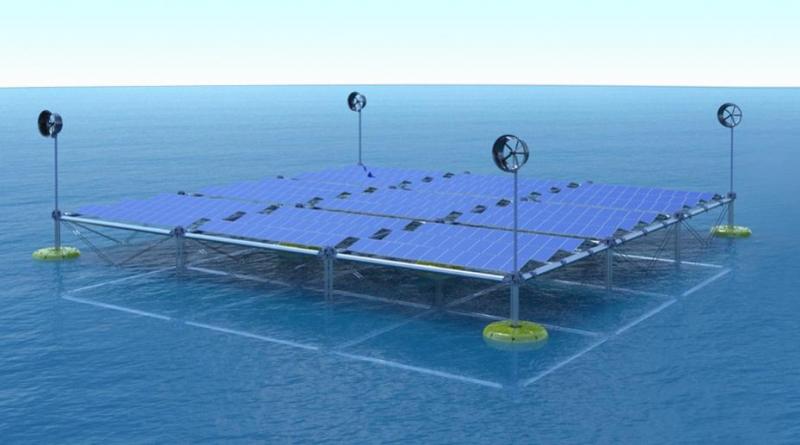 German startup Sinn Power has developed a modular maritime platform able to generate renewable energy from waves, wind and solar sources. Starting later this summer, it hopes to offer solar panel manufacturers the chance to test and demonstrate photovoltaic arrays on a floating platform off the Greek coast as part of an off-grid energy solution.

Offshore wave energy conversion (WEC) is is nothing new; pioneering new developments are taking place in this field all the time. However, what makes this particular platform unique is that it’s been designed to be modular and extremely easy to connect and expand, so a variety of different combinations are possible.

“The modular design has been a key element since we started developing maritime technologies that allow flexibility and a wide variety of applications” Dr Philipp Sinn, CEO Sinn Power told Forbes. “The floating platform can supply renewable energy to islands across the world, for example, and contribute to the worldwide implementation of offshore wind farms.”

Each floating unit, or module, consists of four integrated wave energy converters generating power relative to the water conditions. For regions with low potential for wave energy, the unit can also be equipped with an array of 20kW photovoltaic cells. Similarly, up to four small 6 kWp wind turbines can be equipped and finally a combination of all three is also possible, making optimum use of the environmental conditions surround the platform. Sinn says there’s no limit to how many units a potential could have.

“It's always the same, it's super modular. We can always use the same parts, the same electronics regardless of which configuration is constructed. So, with this strategy, we want to get into volume, get the practice low, and then it's so we can show [sic] that wave power is really attractive against solar,” Sinn said.

Based near Munich and with a permanent testing facility in Heraklion, on the island of Crete, the idea has attracted a lot of attention, from partners and investors. Impressive as it only took two years to go from patent to prototype.

“We are now preparing the floating platform to be used as a showcase, to enable wider access for potential customers. Politicians and representatives from other European nations have already visited. The next goal is in the autumn, when hopefully we'll be able to start marketing our unique electronics set,” Sinn said.