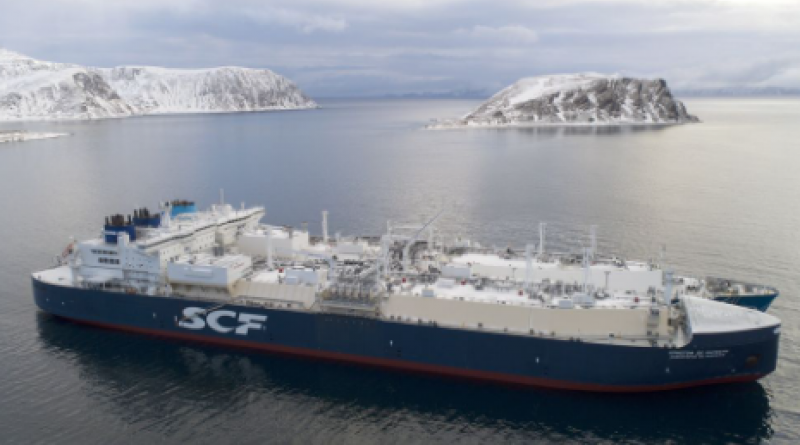 Melting ice in the Arctic allowed a gas tanker to sail through the Northern Sea Route in the middle of winter.

A tanker sailed through Arctic sea ice in February for the first time, the latest sign of how quickly the pace of climate change is accelerating in the Earth’s northernmost regions.

The Christophe de Margerie was accompanied by the nuclear-powered 50 Let Pobedy icebreaker as it sailed back to Russia this month after carrying liquified natural gas to China through the Northern Sea Route in January. Both trips broke navigation records.

“I am confident that the Northern Sea Route is competitive, that changes in the ice situation and the improvement of marine technologies create new conditions for its development,” said Yury Trutnev, Russia’s deputy prime minister and a member of the supervisory board at Rosatom, the state-owned nuclear corporation that manages the route.

The experimental voyage happened after a year of extraordinarily warm conditions in the Arctic that have sent shockwaves across the world, from the snowstorm that blanketed Spain in January to the blast of cold air that swept through Canada in mid-February, moving deep into the South as far as Texas.

The Arctic is warming more than twice as quickly as the rest of the world and the area covered by ice there has reached historic lows multiple times over the past 12 months. Satellite images show that ice coverage is now 7% lower than the average over the past four decades.

The melting in the region is already in line with the worst-case climate scenarios outlined by scientists, with 28 trillion metric tons of lost globally between 1994 and 2017. The loss is equivalent to a 100-meter-thick sheet of able to cover the whole of the U.K.

The shrinkage means Arctic navigation routes remain open for longer. Last year’s season was the longest on record—it started with the Christophe de Margerie sailing through the Northern Sea Route in May, on a separate delivery, and ended with its return this month. That compares with the traditional June to October navigation season.

Russia’s largest liquefied-gas producer Novatek PJSC is considering an early start of the navigation season this year, with the first voyage set for April or early May, Chief Financial Officer Mark Gyetvay said earlier this month. Rosatom is targeting year-round navigation made possible by the thinning ice and technological advances in its ships.