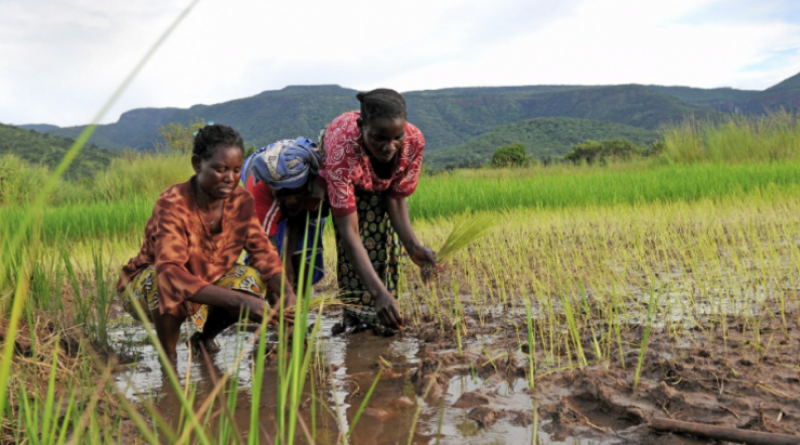 After Grace Vandika’s crops were wiped out in a drought that scorched much of Zambia last year, she has been glued to her radio, anxiously awaiting weather reports in hopes that her village will receive enough rainfall this farming season. 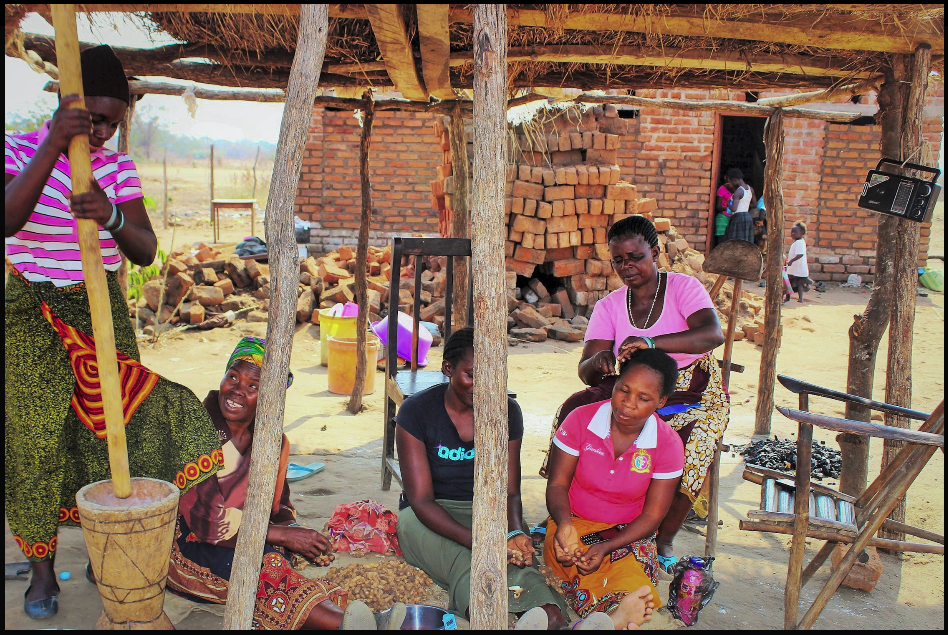 Unusually high temperatures, on top of a lack of rainfall, have hit crops and livestock in Vandika’s village in Chongwe District, 45 kilometres east of the capital, Lusaka.

‘The weather is unpredictable these days. In the past, we could look at the sky or gather at our traditional ceremony to forecast the timing and quantity of rains. You can’t be sure anymore’, the 52-year-old farmer said. 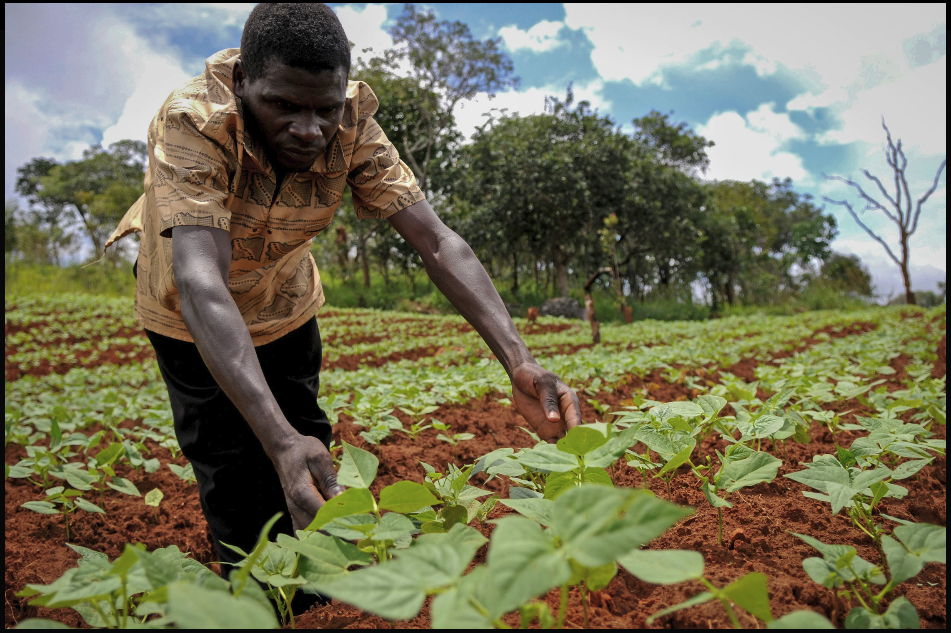 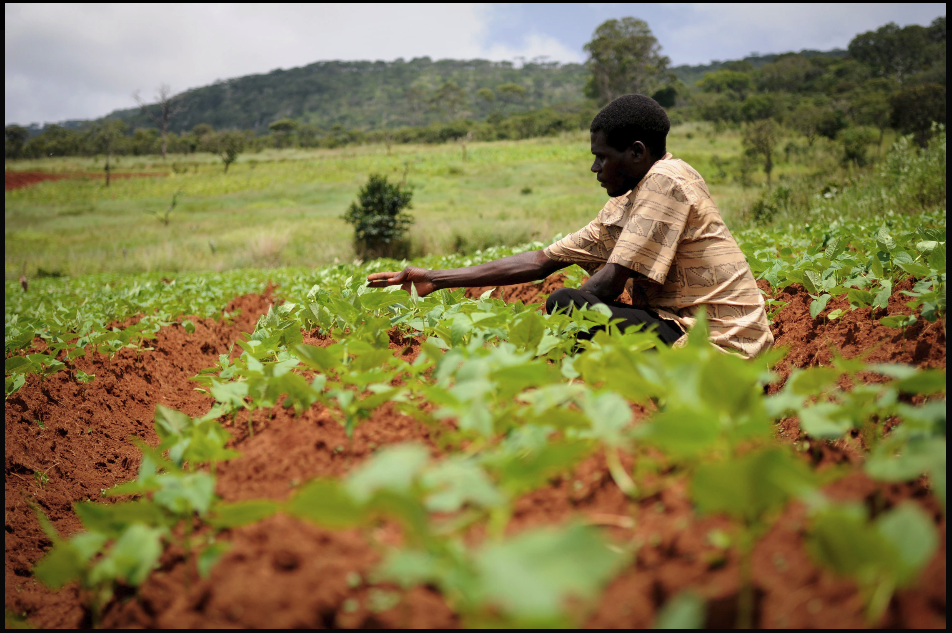 Like many small-scale farmers in Zambia, Vandika has always relied on traditional weather indicators to manage her crops. But increasingly unpredictable weather linked to climate change has upended her usual sowing and harvesting times, leading to lower yields and putting many farming communities at risk of food insecurity.

But in recent years, extreme weather conditions such as severe dry spells and floods have hit Zambia's rain-fed farmland hard, posing serious threats to the livelihoods of millions of small-scale farmers. 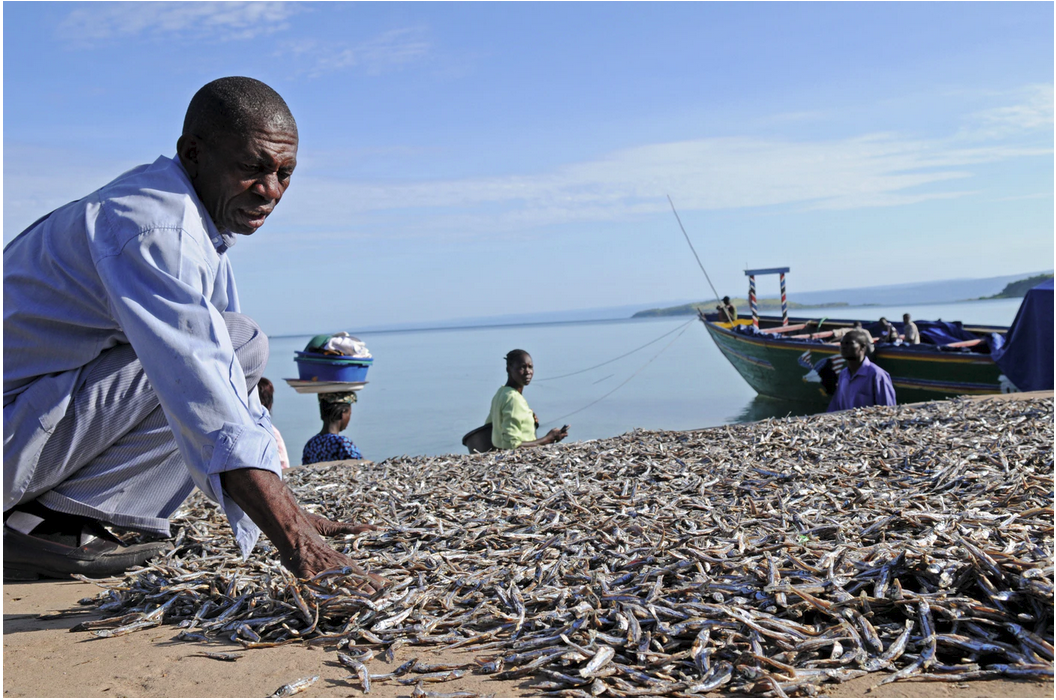 ‘Most small-scale farmers are still stuck to their indigenous knowledge of weather forecasting. Convincing them to trust the scientific forecasts and adopt sustainable agricultural practices is one of the biggest challenges we face’, says Edson Nkonde, Director of the Zambia Meteorological Department.

Last year, Sitamble Tafuma, 54, of Lukoshi Agricultural Camp in Chongwe District planted maize on her 5 hectares of farmland but suffered a severe crop failure and had to borrow money to prepare for the upcoming farming season.

Disappointed by her traditional weather forecasting techniques, she too is anxious for the rains to come early so she can take advantage of favourable planting conditions and ultimately feed her eight children. 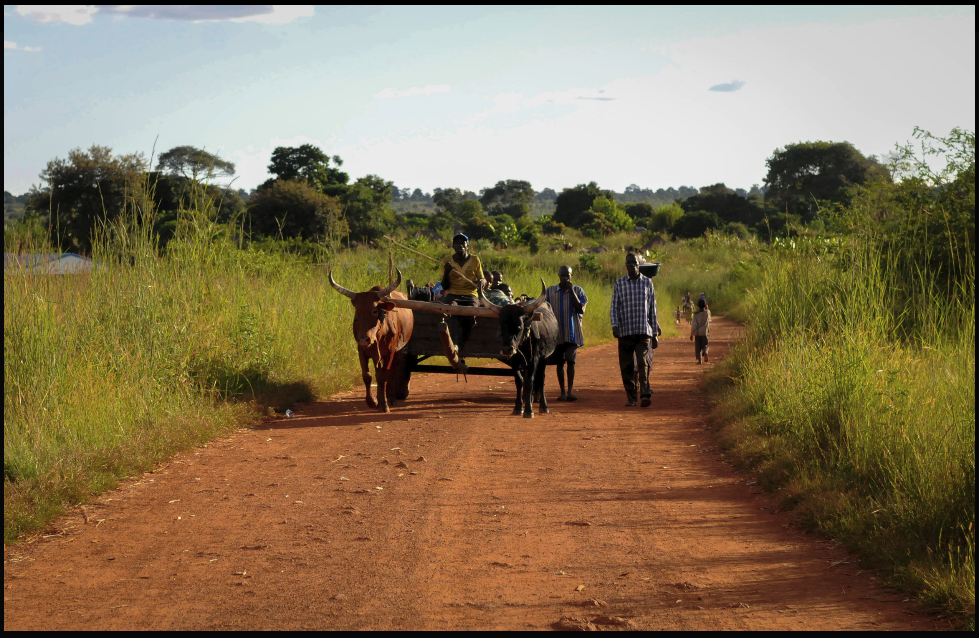 The staggering cost of drought

Droughts and floods over the last 30 years have cost Zambia more than $13.8b according to recent estimates, which is equivalent to approximately 4 per cent of annual GDP. The impacts of climate change could cost the country an additional $4.3b in lost GDP over the next decade if immediate climate actions are not taken.

An integrated approach,, boosting progress across the Sustainable Development Goals (SDGs) is needed to tackle these challenges.

Aiming to limit the negative impact of climate change on farmers, the Government of Zambia, through a United Nations-led partnership including UNDP, FAO and WFP, with funding from the Green Climate Fund , is implementing a 7-year project (known locally as the SCRALA project). 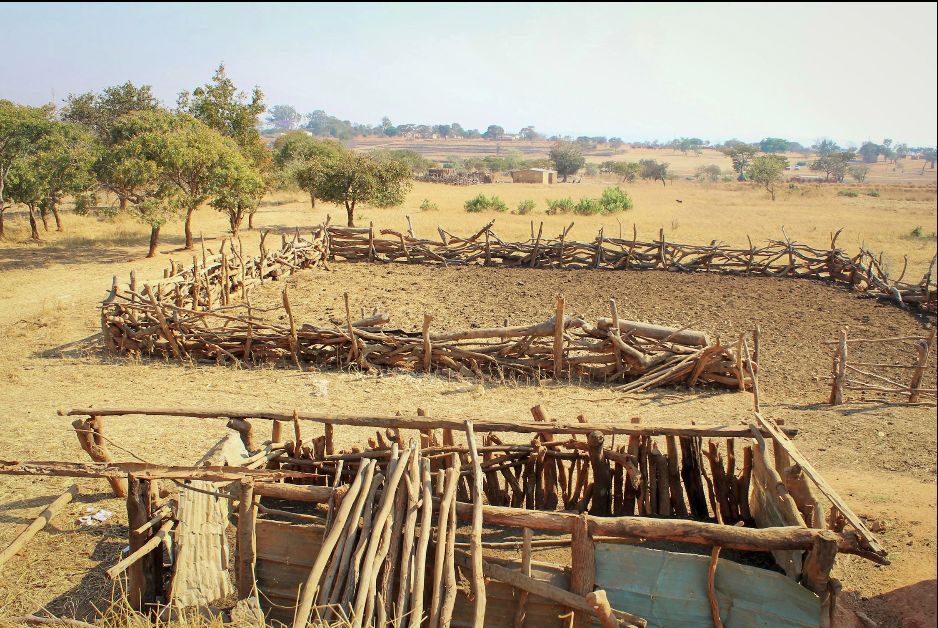 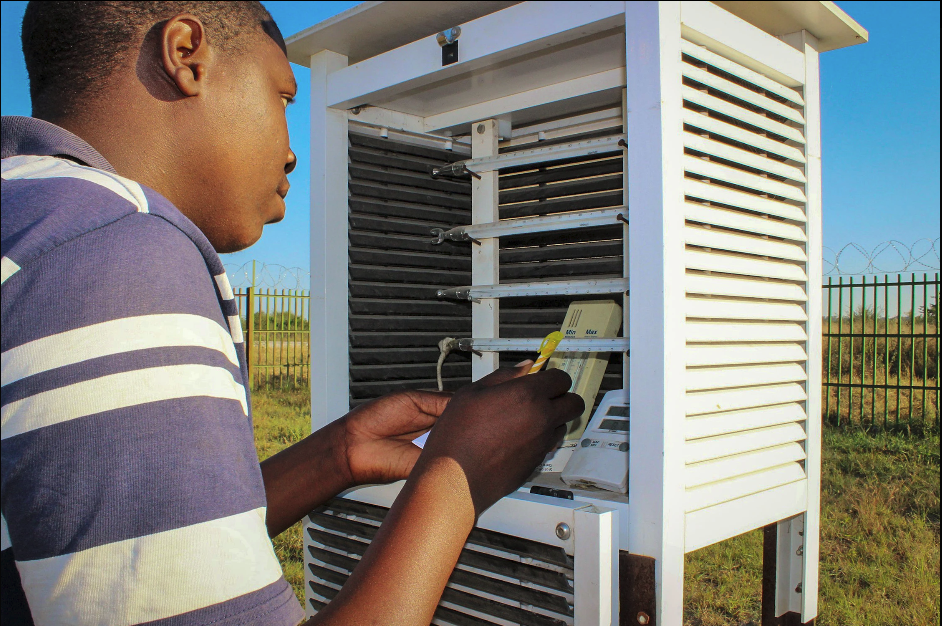 Since the project was launched in February 2019, over 170,000 small-scale farmers have been directly involved, says Maziko Phiri, the project manager.

‘The idea behind the SCRALA project is to let farmers involved in the frontline fight against climate change access real-time climate information, obtain weather-based insurance, and use drought-tolerant crop varieties’, he said.

There are 73 local languages spoken in Zambia, but weather reports were only available in English, making them inaccessible to a large part of the rural population.

To broaden the reach of weather updates, the project partners with community radio stations to interpret and broadcast weather information in local languages and intends to train the presenters on how to better interpret the information.

Each hour, the community radio stations pass on weather information including cost-benefit analyses of which crops to grow, as well as new techniques in climate-smart agriculture to help farmers adapt to erratic weather. 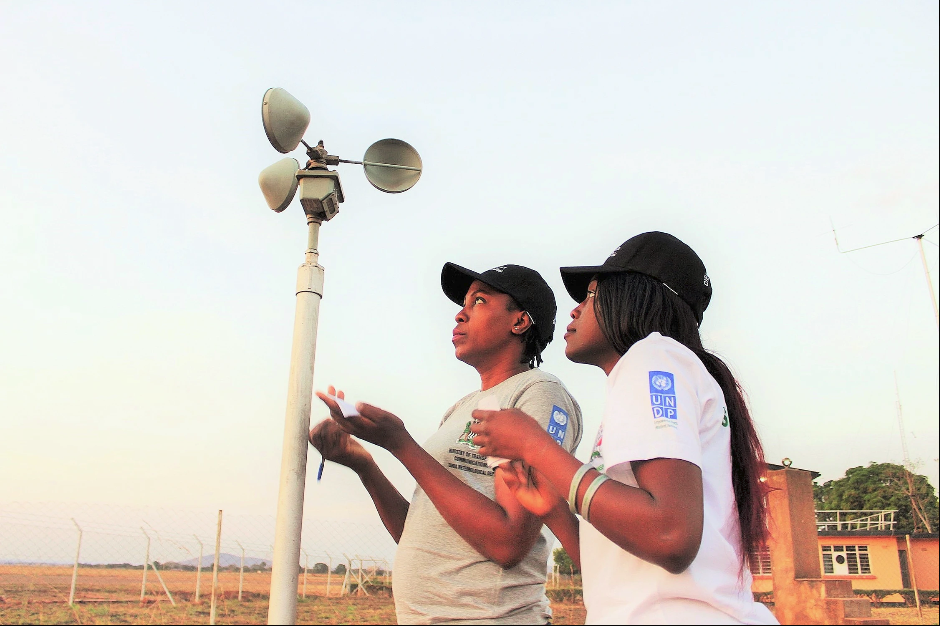 With 20 more automated weather stations added to the existing 68 stations under a previous UNDP-supported project, the Meteorological Department is taking important steps to give farmers accurate weather information, tailored to specific locations, which will allow farmers to plan better and optimise the planting season.

The Meteorological Office is also working to draw lessons from indigenous knowledge for guidance, based on strategies farmers previously used to cope with bad weather.

‘Farmers have the best repository of weather information, stored over generations. A better way to help them build resilience to climate change may be combining that knowledge with modern tools such as improved weather prediction,’ says Fesiano Banda, Chongwe District Agriculture Coordinator.

In collaboration with the Ministry of Agriculture, the department holds forums where they share forecasts and agro-meteorological tips on how farmers can prepare for the coming farming season.

For instance, if the forecast flags a dry spell coming, the agriculture extension officers might suggest farmers plant drought-tolerant or early-maturing crops such as millet or sorghum, Nkonde said.

For Grace Vandika and Sitamble Tafuma, such help can’t come soon enough. They now listen to agro-meteorological advisories from extension officers and their community radio station, and have moved away from traditional weather-forecasting techniques that have become increasingly inapt.

The up-to-date weather and climate information is now readily available from the Zambia Meteorological Department for thousands of farmers like Vandika and Tafuma. 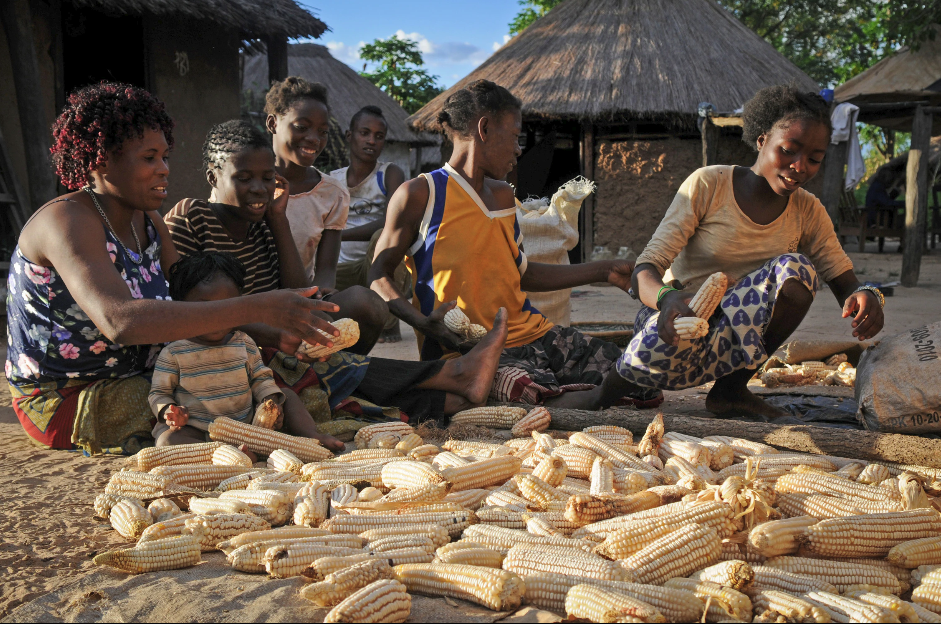 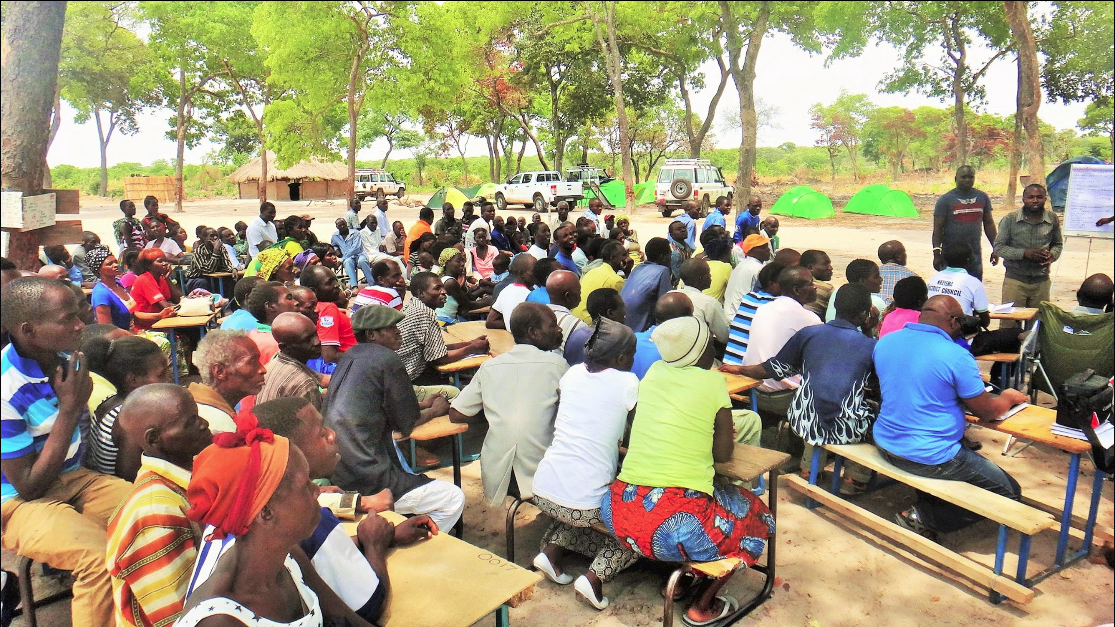 * This is the Zambia story from the UNDP photo essays that you can find here.