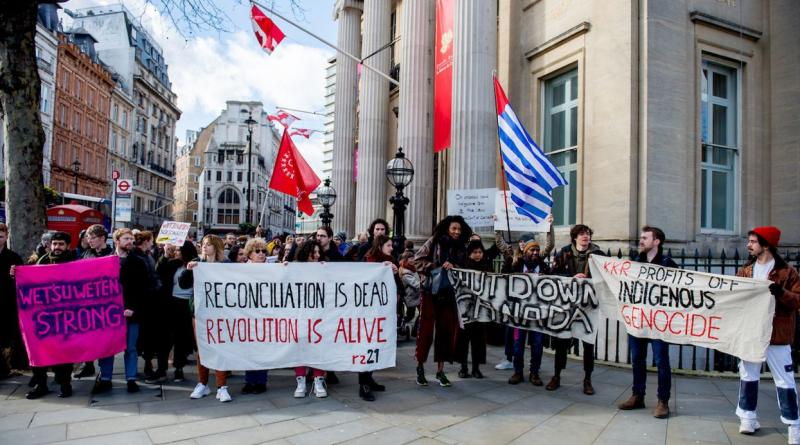 The suspensions came days after Facebook launched a Climate Science Information Center to correct widely-shared posts that spread disinformation about climate change, The Guardian pointed out. The same week, Facebookalso pledged to achieve carbon neutrality by 2030. But the activist groups expressed doubt about Facebook's priorities, saying they were locked out of their accounts days before a planned protest against a fossil fuel company building a pipeline through Indigenous land.

"Actions speak louder than words and once again Facebook has taken actions that are in stark contrast to public statements from the company," senior corporate campaigner at Greenpeace USA Elizabeth Jardim told The Guardian. "The recent bans targeting people fighting to save their communities from climate change and the continued exploitation of fossil fuel companies show us that when push comes to shove, Facebook will side with polluters at the cost of their users' trying to organize."

Greenpeace USA reported it was one of the suspended groups, along with others including Rainforest Action Network, Presente.org and Wet'suwet'en Access Point on Gidimt'en Territory. The groups were all co-hosts of an event in May targeting the company KKR & Co. Inc., which is the new majority funder of the Coastal GasLink natural gas pipeline that the Wet'suwet'en community is fighting to keep off its unceded land in British Columbia. Another online protest against the company had been scheduled for Monday.

The accounts were told they were being suspended for three days for "copyright infringement," Greenpeace said.

"The timing was more than suspect," Delee Nikal, a Wet'suwet'en activist from the Gidimt'en clan, told Canada's National Observer. "We would like to have transparency in this situation."

Facebook, meanwhile, claimed the accounts were suspended by accident and had since been reinstated.

"Our systems mistakenly removed these accounts and content," a company spokesperson told the National Observer.

The company did not provide any more information about how or why the mistake was made. Most of the accounts were able to post Monday night, but some are still locked out, Greenpeace's Valentina Stackl said.

The suspended activists also pointed out that the social media giant has allowed right-wing groups and posts to spread false information or encourage violence without suspending them. For example, the CO2 Coalition, a group that argues carbon dioxide is beneficial, was able to bypass a Facebook fact check this month by publishing its article as opinion, The Guardian pointed out. Facebook also refused to act on complaints when a militia group used the platform to urge armed people to attend a Black Lives Matter protest in Kenosha, Wisconsin, according to the National Observer.

"We are not surprised by the actions that Facebook has taken," Nikal told Greenpeace. "This once again exposes the white supremacy inherent in the system. Videos of extreme violence, alt-right views and calls for violence by militias in Kenosha, Wisconsin, are allowed to persist on Facebook. Yet, we are banned and receive threats for permanent removal, for posting an online petition. Facebook is actively suppressing those who oppose fascism and the colonial capitalists."