The everyday foods that could become luxuries 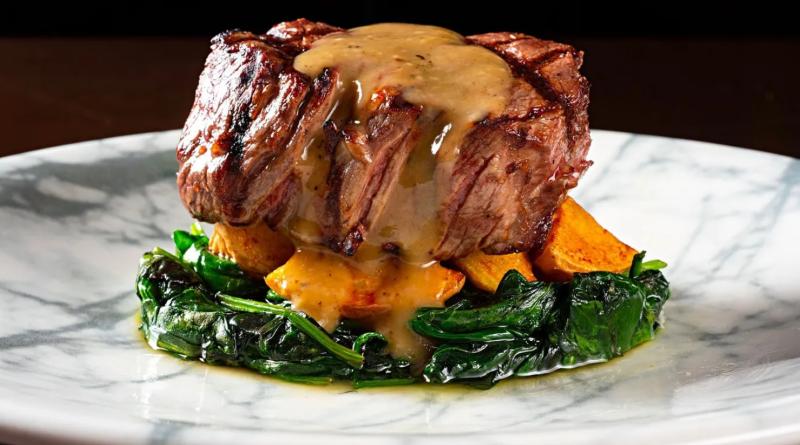 Everyday foods such as coffee, meat and spices could become luxury items due to global climate impacts and changing tastes.

As we head towards the end of another extraordinary year, BBC Future is taking a look back at some of our favourite stories for our "Best of 2021" collection. Discover more of our picks here.

Ordering lobster in a restaurant or serving it at a party is considered the height of gastronomic sophistication.

But that hasn't always been the case – lobster has worked its way up from humble beginnings to become a gourmet delicacy.

In the 18th Century, lobster was considered a highly undesirable food that wealthy families steered clear of. The crustacean was so abundant along the east coast of the US that it was used as fertiliser and served in prisons. Kentucky politician John Rowan quipped: "Lobster shells about a house are looked upon as signs of poverty and degradation."

It was the development of railways in the US, which transformed lobster into a luxury. Train operators decided to serve lobster to their wealthy passengers, who were unaware of the seafood's poor reputation. They quickly got a taste for lobster and brought it back to the cities, where it appeared on the menus of expensive restaurants. By the end of the 19th Century, lobster had cemented its status as a luxury food.

What determines which foods are luxury items? Scarcity and price both play an important role.

Like lobsters, oysters have long been associated with fine dining and special occasions, largely due to their high price. But they haven't always enjoyed this status. Oysters used to be eaten by the poorest in society in the 19th Century. "They were so plentiful and cheap they were added to stews and pies to bulk them out," says food historian Polly Russell.

By the early 20th Century, oyster supplies in England started to dwindle due to overfishing and pollution from industrial waste. As they became more scarce, their status rose and they were seen as something special, says Russell.

We see the opposite with products such as sugar and salmon, which used to be difficult to come by and only available to the wealthy. These foods lost their "aura of luxury" over time as people started farming them and, as a result, they became less scarce, says Richard Wilk, emeritus professor of anthropology at Indiana University.

Many fruits and vegetables used to be much scarcer than they are today. Certain fruits such as strawberries and raspberries used to only be available in the summer, but now we can buy them all year round. "That changes the perception of luxury," says Peter Alexander, a senior researcher in global agriculture and food security at the University of Edinburgh.

Our obsession with sourcing scarce, luxury foods comes at a high price for the planet. As a particular species of fish or seafood becomes more scarce, the price goes up. The increased value gives people an incentive to fish even harder and catch the remaining ones, which can lead to an extinction spiral, says Wilk.

When and where we eat certain foods also determines how much we value them. "Eating context is really important for creating desire," says Esther Papies, a professor of social psychology at the University of Glasgow, noting that luxury foods are often associated with special occasions, such as eating in restaurants or holidays.

Studies show that being in an environment associated with expensive food can increase the attractiveness of food or drink typically consumed there and people's willingness to pay more. A recent study found that people's desire for sushi increased if they ate it in a sushi restaurant, rather than on the beach.

Positive, warm memories of sharing a meal with others also increases how much people value certain foods, says Papies. Often luxury foods are shared with friends and family, for example at Christmas.

During Covid-19 lockdowns, experiencing food with other people became a luxury in itself, notes Russell. "People were craving to cook together and eat in a social way," she says. "In a world where resources are short and food availability is precarious, the experience of eating food together could become a luxury."

The next luxury foods

While historically certain foods such as coffee, chocolate and spices were luxury items, today these foods are supermarket staples in many developed countries. However, rising temperatures and unreliable rainfall could turn this around again over the next few decades.

At the height of Mayan civilisation, cacao beans were a valued currency, used to pay workers and traded in exchange for goods in the marketplace. Spanish merchants brought cocoa to Europe, where it became a popular indulgence in royal courts. In 1828, Dutch chemist Coenraad Johannes van Houten invented a process to treat cacao beans with alkaline salts and produce powdered chocolate that could be mixed with water. This process transformed chocolate into an affordable product that could be mass produced.

Coffee was once a little-known delicacy used for religious rituals in Ethiopia, before Western traders took the aromatic drink back to their home countries in the 17th Century and served it in coffee houses, popular among shippers, brokers and artists. After the Dutch secured seedlings, coffee cultivation quickly expanded worldwide and became a popular, everyday drink.

Today, chocolate and coffee are, once again, at risk of becoming expensive and inaccessible.

"Chocolate and coffee could both become scarce, luxury foods again because of climate change," says Monika Zurek, a senior researcher at the Environmental Change Institute at the University of Oxford.

Vast swathes of land in Ghana and Ivory Coast could become unsuitable for cocoa production if global temperature rises reach 2C, according to a 2013 study. "Cocoa used to be for kings and nobody else. Climate change is hitting production areas hard...it could become more luxurious again," says Zurek.

Climate change could wipe out half of the land used to grow coffee worldwide by 2050, according to a 2015 study. Another study suggests that areas suitable for growing coffee in Latin America could decrease by 88% by 2050 due to rising temperatures.

For thousands of years, spices were the epitome of wealth and power. Demand for aromatic spices sparked the first global trade routes, established vast empires and came to define the world economy. Today spices are ubiquitous and often the cheapest items on supermarket shelves. But they could revert to being luxury items, says Zurek.

Vanilla production on Madagascar has been hit by extreme weather in recent years. A cyclone devastated 30% of the island’s crop in 2017, sending prices to a record high of $600 (£434) per kilogram, briefly making the spice more expensive than silver.

"The danger of everyday products becoming luxury items is disheartening," says Monique Raats, director of the Food, Consumer Behaviour and Health Centre at the University of Surrey. "Many foods could become out of reach for a lot of people."

Moving away from meat

It's not just climate impacts and scarcity that could transform everyday foods into luxury items. People's changing behaviours and tastes will also impact the status of these foods.

"Another way to think about luxury food is as something that you shouldn't eat often and lots of," says Raats, citing meat as a prime example.

Meat, which is currently part of a regular meal for many people, is likely to become a luxury item in the next few decades as more people adopt a plant-based diet to reduce their carbon footprint, she says. People may also make the move because of the sheer volume of agricultural land taken up by meat production, which may no longer be viable as the world's population increases.

Eating meat could become socially unacceptable and viewed in a similar light to smoking, says Alexander. "It could get to a point where eating a burger is not a cool thing to do with your friends."

But getting to that point isn't straightforward, says Papies. "Eating meat is the norm – it becomes part of a national identity. Deviating from that is hard," she says, adding that many vegans and vegetarians struggle with the fact that they have to explain, or justify, why they don't eat meat.

Veganism, in particular, seems to stir up strong feelings, ranging from irritation to passionate anger (Read more from BBC Future about the hidden biases that drive anti-vegan hatred).

Providing more exposure to meat free options, in advertising and shops, could help tackle the identity struggle experienced by many vegans and vegetarians, says Papies. "It would help make it more equitable."

The true cost of our food

In a bid to lower their emissions, countries may also choose to tax meat in future as many have done with sugar, says Alexander. This would raise meat prices and make it more of a luxury product.

Farming animals is responsible for 14.5% of global greenhouse gas emissions and the production of red meat accounts for 41% of those emissions. Global beef production produces emissions roughly equal to those of India and requires 20 times more land per edible gram of protein than protein-rich crops, such as beans.

According to the UN's Food and Agriculture Organization, "there is a worrying disconnect between the retail price of food and the true cost of its production" in many countries.

"As a consequence, food produced at great environmental cost in the form of greenhouse gas emissions, water pollution, air pollution, and habitat destruction, can appear to be cheaper than more sustainably produced alternatives," the UN body wrote in a report on agricultural sustainability.

When we eat a steak, we are not paying for the environmental degradation caused by the meat industry, says Alexander. "We are not valuing those outcomes and paying for them when we consume meat.

A meat tax would reflect some of these harmful environmental impacts, but remains politically unpopular. "That could change," says Alexander, as more people view meat as "something we cannot afford to eat, in terms of sustainability."

"Hopefully in the near future, we will have more accurate pricing and agricultural subsidies that reflect the food we produce and help us create a more sustainable system," says Papies.