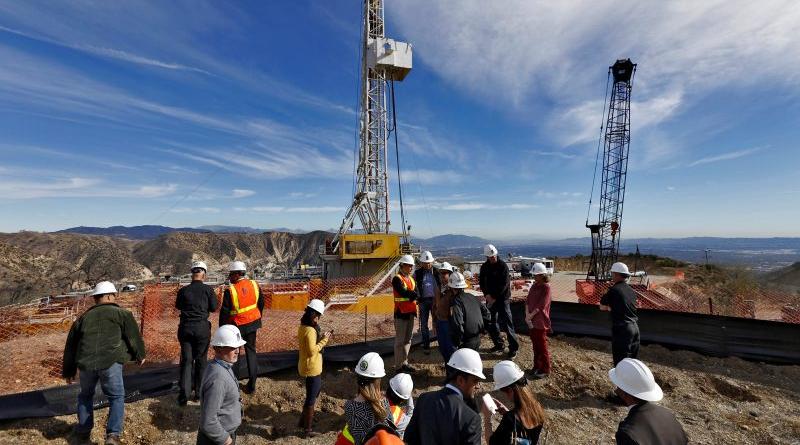 The European Commission is working on a first-ever methane strategy that could play a “very significant role” in enabling the EU increase its climate ambitions for 2030, EU officials have said.

“To reach this, methane emission reduction can play a very significant role,” said Mónika Zsigri, an official from the Commission’s energy directorate at an event in the European Parliament last month (5 November).

Methane emissions are in the spotlight with a new EU gas policy package in the works and intense debate over the role of gas in decarbonising the EU’s energy system.

Methane is believed to be responsible for a quarter of all global warming. It is a much more potent greenhouse gas than CO2 but with a shorter lifespan. If CO2 dictates how warm the planet will get, methane determines how fast, as NGO the Environmental Defense Fund (EDF) puts it.

Cows (enteric fermentation) and organic waste (anaerobic digestion) are currently considered as the two largest sources of methane emissions, but about a quarter of it comes from the oil and gas industry. And a great proportion of it currently goes unreported, meaning the scale of the problem could be bigger than thought.

Gas industry’s credibility on the line

Of all sources, gas-related methane emissions are also the easiest to tackle. The gas gets out in three ways: fugitive emissions (leaks), venting (intentional releases, often for safety reasons, due to how a facility is designed or operated) and flaring (incomplete combustion when natural gas that cannot be used or recovered economically is burned). The International Energy Agency (IEA) estimates that half of these emissions could be avoided or reduced at zero net cost.

Methane emissions are the Achilles Heel of the gas industry, undermining its pitch that gas can become a constructive part of the energy transition.

“The credibility of gas is on the line,” Zsirgri said at the event, organised by gas industry lobby group GasNaturally.

“Gas in most cases is probably cleaner than coal, but that doesn’t matter, you need to minimise methane if you want to reduce global warming. Public opinion is not that friendly. You need to make an effort,” the EU official warned.

An industry consultant delivered a similar message at a Liquid Petroleum Gas (LPG) congress in Amsterdam in September. The gas industry is “riding the coattails of cleantech,” he said, and must tackle its climate footprint head-on to stay on.

“Some people think the 2020s will be the decade of electricity,” said James Watson, Secretary General of Eurogas, in an interview on 25 November. “My opinion is that the 2020s will be the decade of gas. If you’re really serious about tackling climate change in the short term then you would use all the gas you’ve got,” he said, referring to gas as a replacement for coal in power generation, as bunker fuel in shipping and to replace oil in heating.

However, the “green gas” argument depends on how much climate-friendlier gas really is. And methane emissions are part of the problem.

“Methane leakage determines how interesting gas is versus jumping directly to renewables,” the EU Commission’s Zsigri said, underlining that there is a four-fold difference in indirect emissions intensity of global gas production. Even establishing best practice across the board could deliver significant emission reductions, she argued.

Part of the coming European Green Deal will be about the decarbonisation of gas. The European gas industry is focused on how the EU can accelerate the development and deployment of “green” gases such as biomethane and hydrogen from renewables-powered electrolysis, pyrolysis or steam methane reforming (SMR) with carbon capture and storage (CCS).

But Poppy Kalesi from green group the Environmental Defence Fund, argues that policymakers must prioritise measures to address the full climate impact of natural gas.

“Gas is unlikely to be decarbonised by 2030,” Kalesi said in an interview. “A level playing field for gas and renewable electricity means addressing the life cycle emissions of gas,” she argued.

Life-cycle assessments could become crucial for EU regulators to assess the real carbon intensity of different “green” gases promoted by the industry, including “blue” hydrogen made from natural gas with CCS.

“There will be an initiative in the field of methane and methane leakage,” said new EU energy commissioner Kadri Simson at her hearing at the European Parliament on 3 October. The initiative is mandated by the so-called governance regulation, which explicitly calls on the Commission to consider policy options to “rapidly” address methane emissions.

“Holistic” methane strategy in the making

Zsigri gave a flavour of the Commission’s thinking at the 5 November event. To start with, an EU methane strategy should be holistic, she said. It should cover venting, flaring and fugitive emissions. It should cover the gas, oil and coal value chains – all of which emit methane – and it should cover those from production to consumption.

Second, monitoring, reporting and verification of methane emissions has to improve. Europe is not best in class for this, with too great a reliance still on standard emissions factors rather than direct measurements.

New satellite technology in particular enables greater access to empirical data. The Commission’s energy directorate is looking into the possibility of a new, potentially legally binding methodology to measure methane emissions. Experts advising the Commission on a new green taxonomy for investments have explicitly called for “physical measurements” of fugitive emissions.

Third, an EU methane strategy would have a “strong international leg,” Zsigri said. “We do have a responsibility for making sure we somehow export our standards and expectations for sustainable gas,” the official explained.

Methane emissions from EU gas imports are estimated to be 3-8 times higher than those from gas produced and consumed in Europe. The EU buys up nearly half the world’s internationally traded gas, so it has the market power to impose a climate benchmark, suggests the EDF.

Despite Zsigri’s acknowledgement of EU “responsibility”, she was cautious however: “We first need to do work inside before tackling outside.”