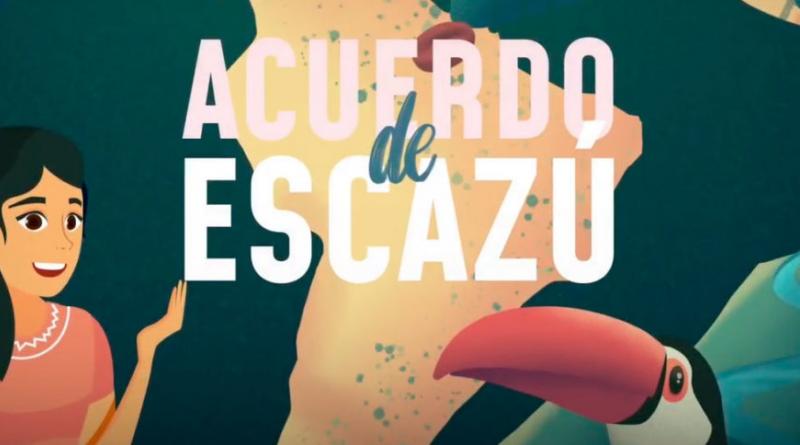 Approved in 2018 after six years of negotiations, the Escazú Agreement is the first and single environmental human rights treaty in Latin America and the Caribbean – the region with one of the world’s richest biodiversity, but also very dangerous for environmental defenders.

The innovative pact was negotiated under the supervision of the UN’s Economic Commission for Latin America and the Caribbean (ECLAC). Its main objective is to guarantee citizen participation, access to information and access to justice in all environmental issues.

“Escazu is important for the world. It offers protection to human rights defenders on environmental issues. The need for such protection couldn’t be greater now,” said Mary Robinson, former UN human rights commissioner. “It’s an affirmation of the centrality of human rights to sustainable development.”

The agreement, which name comes from the Costa Rican town where it was signed, forces states to protect the people that defend the environment. But not just states. It is based on the spirit of the UN Guiding Principles on Business and Human Rights regarding companies’ obligations to respect human rights, and aims to bring those principles into play when it comes to the environment.

It represents a victory for civil society, who had asked for such agreement for a long time. They hope that further access to information and wider participation could help to reduce the negative impacts of many extractive and infrastructure projects across Latin America.

“Escazu represents solidarity and international cooperation. It’s a pact between states and the society to do better and include social actors in all key discussions,” Jose Luis Samaniego, sustainable development head at ECLAC.

How is Escazú moving forward?

Despite being signed a year ago, the agreement hasn’t entered into force yet as it requires 11 of Latin America and the Caribbean’s 33 countries to ratify it. Only five have done that so far: Bolivia, Guyana, Saint Kitts, and Nevis, Saint Vincent and the Grenadines, and Uruguay.

Another group of 10 countries has not signed it: Bahamas, Barbados, Belize, Cuba, Dominica, El Salvador, Honduras, Suriname, Trinidad and Tobago, Venezuela and Chile – among the most questioned because of being this year’s COP25 climate summit head.

“The Escazú agreement could help countries to enforce their local regulations on human rights and environmental issues,” said Rodolfo Godines, head of international affairs at Mexico’s Environmental ministry. “We have many pending issues in Mexico on human rights but Escazu can help us to move on the right direction.”

Why is Escazú important for Latin America?

The entry into force of the agreement could help bring down the numbers of the individuals killed every year in the region. Out of the 10 most dangerous countries in the world for environmental defenders, six are in Latin America: Brazil, Colombia, Guatemala, Honduras, Mexico, and Peru.

The NGO Global Witness tracks every year the number of people killed because of standing up for their rights and defending the environment. In 2018, the figure reached 164 people, with more than half taking place in Latin America – the most violent region for environmental defenders in the world.

Among many well-known cases in the region, the murder of environmental activist Berta Cáceres in Honduras has reached the headline of newspapers across the world.She was killed in 2016 after opposing the construction of a dam by the Chinese company Sinohydro.

A recent journalistic project called Land of Resistants, looked at the situation faced by environmental defenders in Latin America. They were subject to 1.356 attacks and incidences of violence between 2009 and 2019, according to the findings. Up to 50% of the attacks were targeted at people from ethnic minorities.