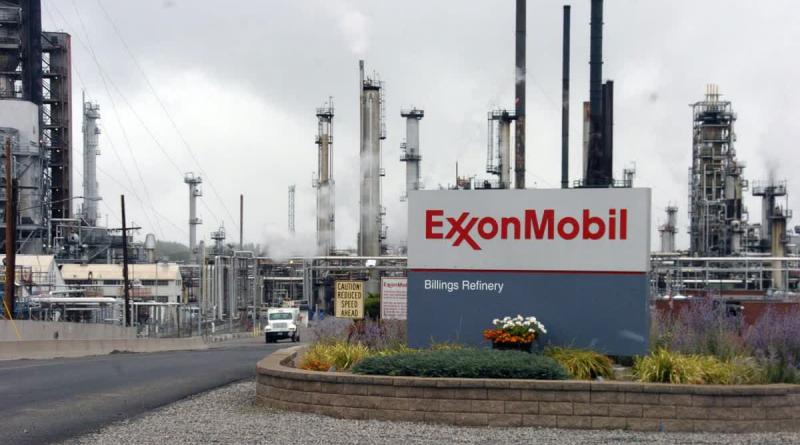 Spent $2.6 billion more cash on capital projects than it generated from operations

This morning, ExxonMobil reported its first-ever annual loss, with cash flows from operations falling by more than half year-over-year. And even though the company cut capital spending by roughly 29% from the previous year, ExxonMobil still spent $2.6 billion more cash on capital projects than it generated from operations.

Yet despite these shortfalls, the company still paid $15.2 billion to its shareholders, borrowing money and selling off assets to help fund its generous dividend and modest share buybacks.

While these results were disappointing to some, they were not actually outliers. ExxonMobil has paid more to shareholders than it generated in free cash flows for 12 of the last 15 years. And its free cash flows have generally trended downwards for more than a decade.

Exxon now faces growing challenges from frustrated investors, who are pressuring the company to shake up its board and change its strategy, arguing that the company needs to shift its business model to thrive in a rapidly evolving energy market. Today’s results could add to the urgency of their calls. 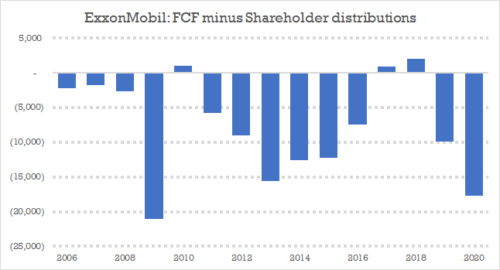 Coal capacity to be gone from U.S. power grid by 2033—Morgan Stanley

Coal is on track to disappear from the U.S. power grid by 2033 as the push for a carbon-free electricity system gains strength, according to Morgan Stanley.

The fossil fuel will be supplanted largely by renewables, which will supply 39% of U.S. electricity in 2030 and 55% in 2035, according to a report Monday from Morgan Stanley. The shift comes as a growing number of states implement laws mandating utilities eliminate carbon emissions from their fleets.

Coal supplied about 20% of U.S. electricity last year and may rebound to as much as 22% in 2021 as higher natural gas prices prompt utilities to shift their fuel mix, according to Energy Department forecasts. But that short-term rebound won’t overcome the global shift toward cleaner sources of electricity, a trend that’s getting a big push from President Joe Biden’s pledge to put the U.S. on a path to an all-green power system.

Gas prices may climb 48% this year, which “drives coal generation and the sector’s carbon footprint to increase in 2021 but we continue to project a constant decline thereafter,” Morgan Stanley analysts said in the report.

NextDecade Corp. abandoned plans Jan. 29 for a second LNG export terminal in Texas, stating the site it was considering was not suitable for development.

The decision regarding a potential terminal in Texas City, near Galveston, has no impact on ongoing development of the proposed Rio Grande LNG export facility in Brownsville, in South Texas, NextDecade said. The company had previously targeted a final investment decision for the up to 27 million tonnes-per-year Rio Grande LNG project in 2021. The timing has been delayed several times amid challenges securing sufficient long-term supply deals to support construction.

In 2018, NextDecade pitched a second terminal on Galveston Bay, south of Houston, along with a header pipeline. The project, at that time, officially entered the pre-filing review process at the Federal Energy Regulatory Commission.

The second terminal was proposed to be built on the Texas City Ship Channel at Shoal Point. As originally conceived, it would have entailed three LNG trains of 5.5 million mt/y each, four LNG storage tanks, two marine jetties and one turning basin. It also was to include a 42-inch-diameter, 97-mile header system pipeline from the Katy Hub to the LNG terminal or an alternative straight-line route of about 82 miles.

In a statement, NextDecade said that after completing its evaluation, it determined that the site is not suitable for development of an LNG facility and related infrastructure and utilities. It said the U.S. Army Corps of Engineers has advised that a portion of the Galveston Bay LNG site is under a special navigation designation that would require a request that Congress remove the designation.

As for the Rio Grande LNG project, NextDecade has continued to face challenges, largely on the commercial front. In November 2020, France’s Engie halted talks over a potential long-term supply agreement with NextDecade amid pressure not to import LNG produced from shale gas. On Jan. 14, officials said plans for a floating storage and regasification unit, or FSRU, at the Irish port of Cork will not go ahead after a preliminary deal signed in 2017 with NextDecade expired.

Electricity generated from gas-fired power stations [in Australia] fell dramatically in 2020, according to a new analysis from the Climate Council, despite the Morrison government embracing the fossil fuel as part of its Covid-19 economic response.

Gas-fired generation fell by 19 per cent in 2020, while output from wind and solar projects continued to surge, as the Covid-19 pandemic led to subdued demand for electricity seeing higher-cost gas squeezed out of the market.

According to the new analysis published by the Climate Council on Tuesday, the market share of renewable energy grew to 26 per cent in 2020 in the National Electricity Market, while gas fell to just 8 per cent of the electricity supply.

“This latest data clearly shows that gas is on the way out and has no role to play in our economic recovery. It is foolish to waste taxpayers’ money building new gas power stations. It is completely unnecessary,” Climate Council researcher Tim Baxter said.

According to electricity data platform OpenNEM, in 2020 gas generators produced 15,143GWh of electricity in Australia’s main grid, the lowest total since 2006.

Gas generators played their biggest roll in supplying power in Western Australia and South Australia, where they provided around 40 per cent of electricity generation. However, 2020 saw demand for gas generation collapse in larger states, particularly New South Wales and Victoria, where gas generator market share slumped to just 1.6 and 3.1 per cent, respectively – significantly below the total market share of renewable energy sources.