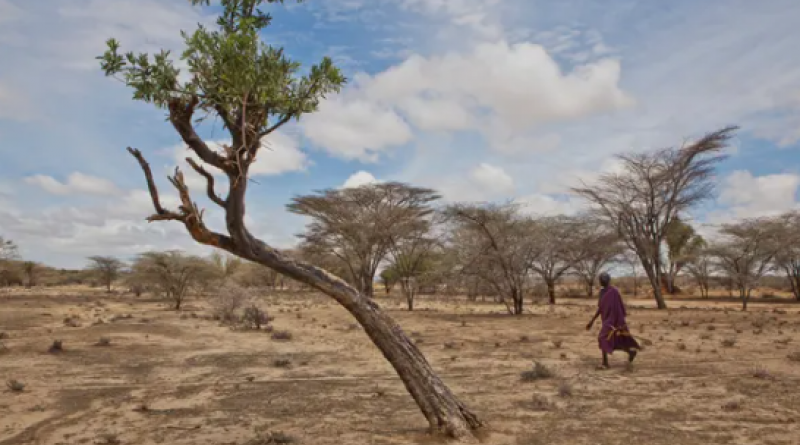 An estimated 2.1 million Kenyans face starvation due to a drought in half the country, which is affecting harvests.

The National Drought Management Authority (NDMA) said people living in 23 counties across the arid north, northeastern and coastal parts of the country will be in “urgent need” of food aid over the next six months, after poor rains between March and May this year.

The crisis has been compounded by Covid-19 and previous poor rains, it said, predicting the situation will get worse by the end of the year, as October to December rains are expected to be below normal levels.

The affected regions are usually the most food-insecure in Kenya due to high levels of poverty.

In July, the UN Food and Agriculture Organization in Kenya said the country needed 9.4bn Kenyan shillings (£62m) to mitigate the effects of the drought between July and November.

Asha Mohammed, secretary general of the Kenya Red Cross, said most of the affected counties had already had to deal with desert locust invasions, flash floods and tribal conflicts driven by diminishing resources.

“You have two seasons of depressed rains, desert locusts ravaging farmlands in the same counties and people fighting over the few resources available. That is the making of a disaster,” said Mohammed.

She said it was not only farmers who had been affected by the drought, but also people in urban areas who had been forced to pay higher prices for the little available food. “There is some food reaching the urban areas within these counties but there is little purchasing power because many have lost their jobs as a result of the pandemic,” she said.

The coronavirus pandemic has added to food insecurity by reducing available workforce in a country whose subsistence farming relies heavily on communal labour.

The NDMA said social distancing measures had “restricted the communal performance of agricultural activities and availability of casual labour opportunities, reducing the amount of land cultivated and projected crop production”. The disruption of supplies of staple food items and livestock has led to increased price volatility, it added.

Production of maize, Kenya’s staple food, is projected to decline by 50% in the affected regions due to low acreage under cultivation, while some areas will see total crop failure. Poor harvests have also affected those farming crops with short maturity cycles, such as vegetables.

Thomas Waita, from Kathatu village, in eastern Kenya, does not expect to harvest many tomatoes from his half-acre farm this year. Poor rains and dwindling water levels from a shallow well have seen the size of tomatoes shrink and a good portion of the crop damaged by blossom end rot, brought on by insufficient calcium intake.

For the father of two, a poor harvest means little money in the pocket and poor nutrition for his young family. “The tomatoes are ripening but didn’t get enough water. With drip irrigation, I can only afford to water them twice a week rather than daily. They will not fetch good prices at the market,” said Waita.

Waita counts himself among the fortunate ones because he at least had some water for his crops. Lack of water has seen maize planted in neighbouring farms wilt and die after hardly reaching knee height. Many farmers, he said, use irrigation methods that require a regular flow of water and, with rivers drying up, it is a matter of time before his fellow villagers become part of drought statistics.

“We are told it’s because of climate change. In the past, we used to have many trees here but most have been cut down for firewood and charcoal. [Scientists] tell us such fuels are contributing to global warming and changing rainfall patterns,” said Waita.

Mohammed said it is time the country thinks of medium and long-term interventions to mitigate the climate crisis and break the cycle of food insecurity.

“It’s clear this is going to get worse,” she said. “We have all the data to help these communities become more resilient and bounce back.”