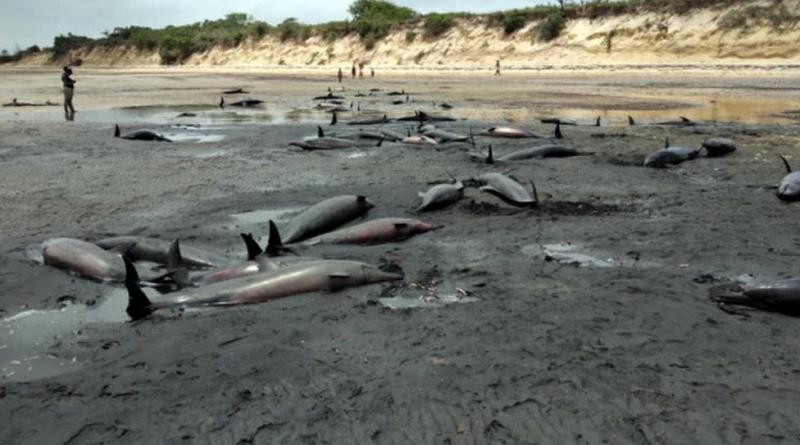 The bodies of about 100 dead dolphins have been found on an island off the coast of Mozambique.

Eighty-six more carcasses were found on Bazaruto Island, north of the capital Maputo, on Tuesday, after a first group was washed ashore on Sunday.

The cause of the deaths is still unknown, the country's environment ministry said, and more experts are heading to the site.

One possible experts are investigating is if a cyclone may have contributed.

Last week's Cyclone Guambe caused unrest in the waters off the island of Bazaruto, the head of inspection at the Bazaruto Archipelago National Park, Tomás Manasse, said. 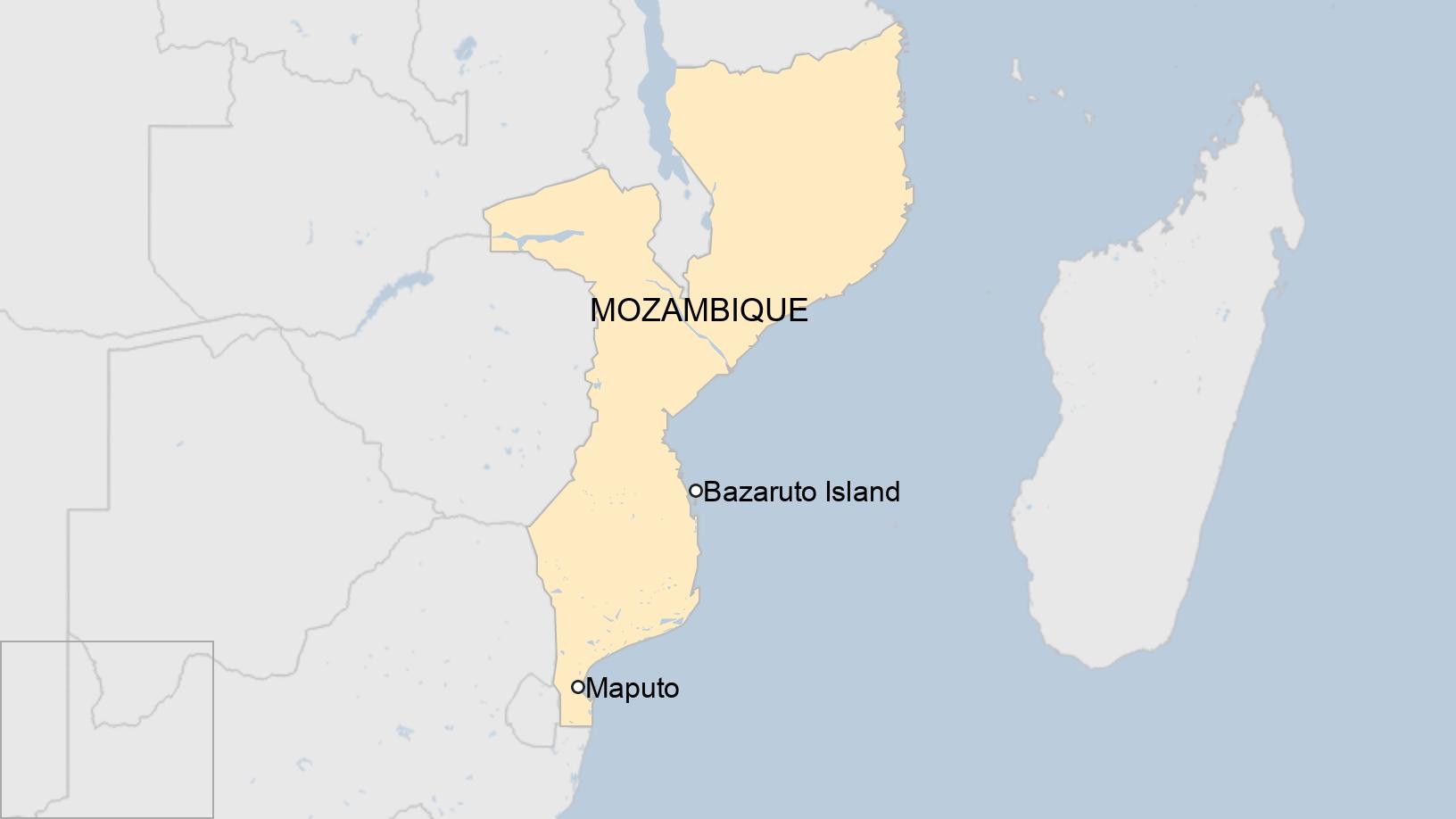 He added that dolphins are known to follow their leader to shore when they are in danger.

The autopsy did not conclusively find problems with the skin, tongue or intestines, he said, however, more samples have been sent to a laboratory in Maputo.

Last year, 52 dead dolphins were found on the coast of the Indian Ocean island of Mauritius.

Campaigners blamed a ship which had run aground and spilled vast amounts of oil.

However, the BBC's Yasine Mohabuth in Port Louis says that in November an investigation by the fisheries ministry put the main cause of death down to a phenomenon known as barotrauma.

This is caused by an abrupt change in pressure.

"This could have been caused by a multitude of factors, such as the use of military sonar, an underwater earthquake, explosives or a volcanic eruption," the report said.