Don't know how to save the planet? This is what you can do 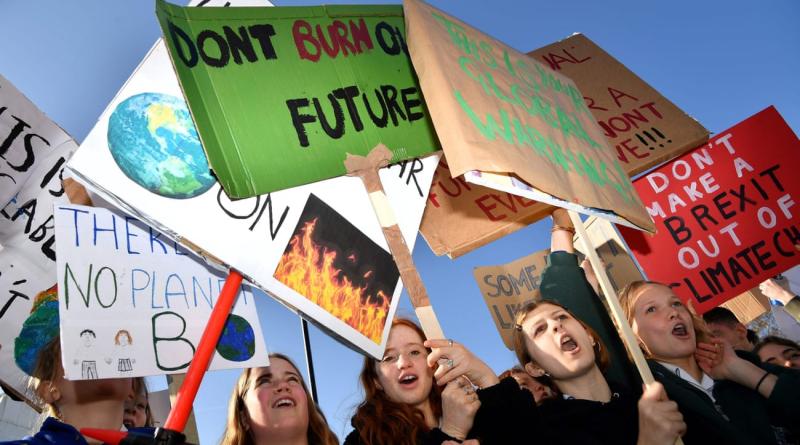 Should we become vegetarians? Is it OK to fly? The author of There Is No Planet B, A Handbook for the Make or Break Years, answers the big questions.

Do we all need to go vegetarian? Or vegan?

Our food makes up something like a quarter of our greenhouse gas footprint, and at the same time as cutting this we need to feed a growing population better than we are doing now, while rescuing our haemorrhaging biodiversity and avoiding an antibiotics crisis. There is no escaping the clear evidence that humans need to reduce their meat – especially beef and lamb – as well as dairy consumption. When we feed a soya bean to a cow, we get back only about 10% of the nutrition in beef, and it comes with a hefty dose of methane (a powerful greenhouse gas) and very likely some deforestation.

But there is no requirement for us to go all the way to either vegetarianism or veganism – it is all about the proportions. We do not even need to make all the changes overnight. We just need to start chipping away so that the proportions in our diets change radically over the next 10 or so years. And most of us can use this as an opportunity to eat more healthily.

Here is an inconvenient reality: a long-distance plane will typically burn though about 100 tonnes of fuel, turning it into almost four times that weight in carbon dioxide. Because of some complex high-altitude effects, the climate change impact of this is perhaps double what it would be if we burned that fuel on the runway. There are three options: biofuel (but the strain on our land is huge), synthetic fuels generated using solar power (but we already need all the solar power we can get), and fossil fuel counterbalanced with a mechanism for taking carbon back out of the air (but we do not yet know how to do this properly, and when we find out, we will already need to be doing this as fast as we can to mitigate non-flying climate impacts).

Short-distance electric flights are almost becoming feasible but the need to save weight means that at the moment liquid hydrocarbons are the only suitable fuel for a long-haul flight. So, a bit of flying is still OK, but not as much.

Is it realistic to transform our energy supply?

Today’s global energy supply is only one seven-thousandth of the energy from the sun that lands on the planet. An area of solar panels 228 sq miles in a sunny part of the world could harness our entire global energy supply. Neither the cost nor the resource use is prohibitive. There are issues of distribution and storage, but the solutions to these problems are also coming along nicely.

The precise energy mix – plenty of solar with significant bits of wind, hydro and tidal – will vary from place to place. Australia has 200 times more sunlight per person than the UK, which is the fifth worst major country in the world on the sunlight per person stakes (ahead of Bangladesh, Belgium, the Netherlands and Rwanda). But the UK has better wind and tidal potential than most, so its energy mix will be more complex. To summarise, the transition is technically feasible if we invest enough, cap fossil fuels and moderate our energy consumption.

With the right investment (made possible through redistribution from fossil fuels, and through a carbon tax, say) it is totally feasible to replace our energy supply over the next three decades.

Would a ‘green tax’ work?

Somehow the world’s fossil fuel needs to stay in the ground. For that to happen it needs to be too expensive to extract. That requires a carbon price. I think the simplest way to achieve that is a carbon tax, although I would be happy with a cap and trade arrangement too – they have the same effect.

A tax could be administered at the point of extraction, but it is also possible to levy it at the point of consumption – such as the household meter and the petrol station. What we are talking about is the creation of a huge pot of money that would fund the new green energy infrastructure, assist the countries and individuals that would otherwise stand to be losers in the transition to the low-carbon world, as well as support a suite of social and environmental goods.

Should I have fewer children?

Twelve billion careful people could live well together on our wonderful planet. One billion careless people can trash the place in no time. It is not just about the number of people, it is about how they live. It takes about 500 Malawians to clock up the carbon footprint of just one person in the UK. Every additional birth increases the need for everyone else to be slightly more careful.

So is it bad to have kids? No. Is it responsible to have a big family? Perhaps not any more. Does it matter what lifestyle my children have? Absolutely.

Is there really anything I can do as an individual?

There are two aspects to the way people can make a difference. The first is to personally embark on more traditional low-carbon and sustainable living. It is still as important as ever because it brings integrity to everything else we do, it demonstrates commitment and, if done well, it makes it easier for everyone else to do likewise.

The second is to push for the cultural and political change that we need, in every situation: how we influence our politicians (not just through our votes), and the things we say and do at work, at leisure and perhaps most challenging of all, at home. Grassroots pressure can change politics – the youth organisation Sunrise Movement has had remarkable success in pushing for the proposal of a Green New Deal in the US, forcing every Democratic hopeful to speak out on the climate. And two decades ago, theJubilee 2000 campaign was widely credited with the cancelling of debt in developing countries.

Is it time for more people to take to the streets?

After decades of talk and negotiation on climate change, years of personal actions and corporate targets, a mass of rhetoric, greenwash and, to be fair, occasional flashes of sincere action from the business world, there has been no dent whatsoever in the rising global carbon curve. Nothing at all.

Talking about it has not been enough. Asking for it has not worked. Somehow, we have to insist. I think it needs to be thoughtfully done. The tone needs to be constructive: it is a better world we are pushing for and certainly not a violent one. How and where to take to the streets must be a deeply personal decision. But given where we have got to, and I do not write this lightly, it has to be one that each of us carefully asks.

How to talk to kids about climate change

UNESCO Week for Peace and Sustainable Development: The Role of Education