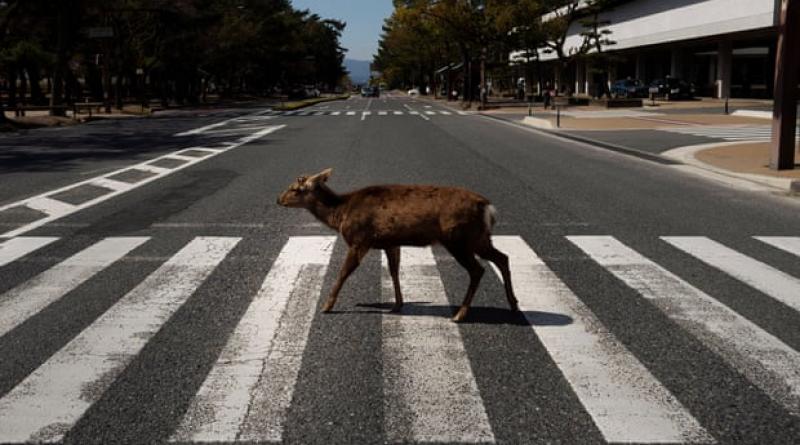 The famed deer that roam the city of Nara, in Japan, no longer face discomfort – or far worse – after local companies developed a safe alternative to the plastic packaging discarded by tourists that often ended up in the animals’ stomachs.

Last year several of the 1,300 deer that wander around the ancient capital’s central park were found dead after swallowing plastic bags and food wrappers, prompting calls for tourists not to leave their rubbish behind. One of the dead animals had swallowed more than 4kg of rubbish.

Despite the dramatic slump in tourism due to the coronavirus pandemic, several firms collaborated to develop bags that pass safely through the animals’ complex digestive system.

The bags are made with recycled pulp from milk cartons and rice bran, one of the main ingredients of the shika senbei savoury crackers fed to them by tourists.

The offending bags and wrappers are thought to have been discarded by visitors who fed the animals other treats, ignoring multilingual signs warning them to give them only approved crackers that are sold in local shops and do not come in plastic packaging.

“We made the paper with the deer in mind,” businessman Hidetoshi Matsukawa, who enlisted other firms after hearing of the deer’s plight, told the Kyodo news agency. 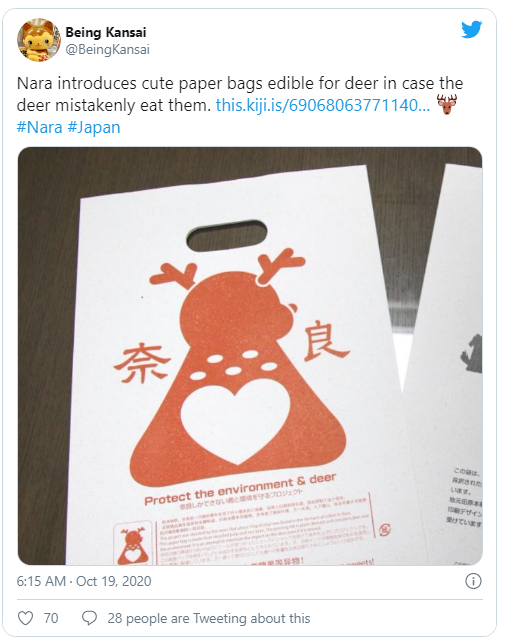 “Tourism in Nara is supported by deer so we will protect them and promote the bags as a brand for the local economy,” added Matsukawa, who with his colleagues spent a year developing a safe and edible bag.

So far about 3,500 of the bags, which cost ¥100 [73p] each, have been sold to local firms and organisations, including the city’s tourism bureau, according to media reports.

Nara’s normally tourist-friendly deer are believed to be divine messengers and were designated natural treasures in 1957.