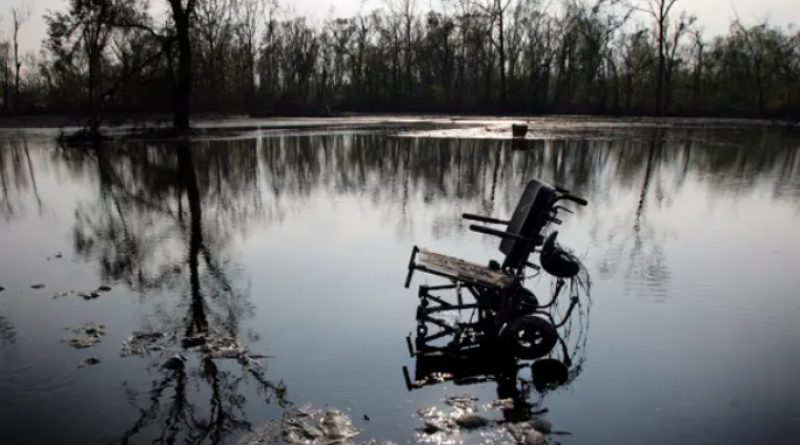 People with disabilities are being “systematically ignored” by governments around the world when it comes to the climate crisis, even though they are particularly at risk from the impacts of extreme weather, research has shown.

Few countries make provisions for the needs of people with disabilities when they make plans for adapting to the effects of climate breakdown, and none mention disabled people in their programmes to reduce greenhouse gas emissions, according to the first comprehensive review of the issue.

Sébastien Jodoin, a professor at McGill University in Canada and co-author of the report, titled Disability Inclusion in National Climate Commitments and Policies and published on Friday, said the needs of people with disabilities were being overlooked.

“I was very disappointed by our findings,” he told the Guardian. “Countries have not considered how people with disabilities can be included in climate plans. They have been systematically ignored.”

Yet people with disabilities were among the most vulnerable to climate impacts, partly because of the nature of their disabilities and also because of the social disadvantage that often accompanies this. “These are some of the people who are most marginalised in our societies,” said Jodoin. “They tend to be poorer, to have fewer resources.”

People with disabilities were already facing danger from the climate crisis, he noted. For instance, when Hurricane Katrina hit the US in 2005, many people who use wheelchairs were stranded as there was no plan for their evacuation and they were unable to use unadapted vehicles.

Yet few lessons were learned: when Hurricane Sandy hit in 2012, the same problems were repeated for many wheelchair users. In response, disabled people took the city of New York to court for the omission and forced changes to policy so that there must be provision for wheelchair-accessible public shelters.

Researchers at McGill University examined the detailed climate pledges and policies, known as nationally determined contributions (NDCs), that countries must submit under the 2015 Paris agreement, which contains a requirement for people with disabilities to be considered. They also combed through countries’ domestic plans for adapting to the impacts of the climate crisis.

Major economies including the US, the UK, China and Japan failed to include such recognition at all, though a few – including Germany, Spain and South Korea – did include a reference in their adaptation plans. Only a handful of countries, including Zimbabwe, Mexico and Panama, did both.

The disparity is likely to be because donor countries, which help countries to draw up their NDCs as they provide climate finance to help poor countries cut their emissions and cope with the impacts of extreme weather, often stipulate that people with disabilities, and other vulnerable groups such as children, women and older people, are given special consideration.

But when it comes to domestic policies, that focus is often lost. Jodoin cited the UK as an example, saying the Foreign, Commonwealth and Development Office had strong policies on inclusion as a donor, but the UK’s national climate plans did not take account of disabled people’s needs.

People who use wheelchairs are among those most vulnerable to the climate crisis, but some of the risk factors for people with disabilities are less obvious. For instance, people living with schizophrenia tend to show a mortality rate as much as 50 times higher than the general population when heatwaves hit. That is because their medication makes them more sensitive to changes in temperature.

Such people could benefit from better awareness of the problem and measures to cool their homes, but that is only likely to happen if countries adopt a more joined-up approach.

Governments should redraft their policies to take account of the needs of people with disabilities, the report found. For instance, Jodoin said early warning systems for storms and extreme weather should be tested to ensure people with hearing or communications difficulties could be warned in appropriate ways. Many such measures were simple to implement, but some would require additional funding, he said.

Jodoin told the Guardian that connections between disability and the climate crisis were not well understood, even among academics. “I have spoken to climate experts and said: ‘I work on disability and climate change,’ and they looked at me and said: ‘What does that mean?’” he said. “People would have said something like that if you’d said 10 years ago you were working on gender and climate change.”

We older people must fight for a better America, and world, for younger generations