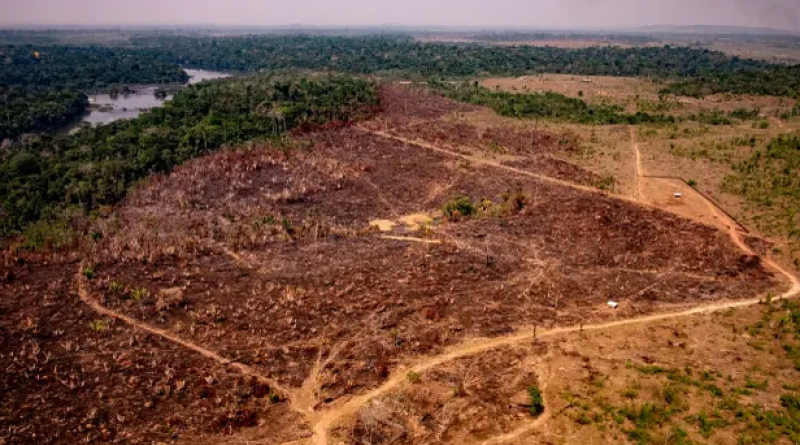 Deforestation in the Brazilian Amazon has hit the highest annual level in a decade, a new report has shown, despite increasing global concern over the accelerating devastation since President Jair Bolsonaro took office in 2019.

Between August 2020 and July 2021, the rainforest lost 10,476 square kilometers – an area nearly seven times bigger than greater London and 13 times the size of New York City, according to data released by Imazon, a Brazilian research institute that has been tracking the Amazon deforestation since 2008. The figure is 57% higher than in the previous year and is the worst since 2012.

“Deforestation is still out of control,” Carlos Souza, a researcher at Imazon said. “Brazil is going against the global climate agenda that is seeking to urgently reduce greenhouse gas emissions.”

Souza called for the urgent resumption of government actions to stop the destruction, including the enforcement of illegal agriculture-led deforestation in the region, which has been impaired by budget cuts for the environment ministry and environmental protection agencies.

Even as he faces accusations of systematically dismantling environmental protections, Bolsonaro has deployed thousands of soldiers to combat illegal deforestation and fires.

But the policy has proved ineffective, said Marcio Astrini, the executive-secretary of the organisation Climate Observatory.

“The data shows that it didn’t work,” said Astrini. “No army operation will be able to mask or reverse the attacks of the federal government against the forest.”

Astrini said that the deforestation rates in 2021 are expected to be almost 50% higher than in 2018, before Bolsonaro took office.

In June, then-environment minister Ricardo Salles resigned amid a criminal investigation over allegations that a police investigation into illegal Amazon logging was blocked.

But the ministry’s leadership “hasn’t shown any progress,” Astrini said.

“The measures that benefit the export of illegal timber – the reason why Salles had to leave office – are still in place,” he said.

The new figures were released as lawmakers held a public hearing to push for changes in Brazil’s environmental policies.

“We are going through a very tough moment in Brazilian history. There’s a lot of denialism, and many attempts to weaken our environmental policy,” senator Eliziane Gama told the hearing.

‘It’s super worrying’: Droughts and fires in the Amazon continue to cause CO2 emissions for years, study says

Even if Bolsonaro leaves power, deforestation in Brazil will be hard to stop