Cutting methane should be a key Cop26 aim, research suggests 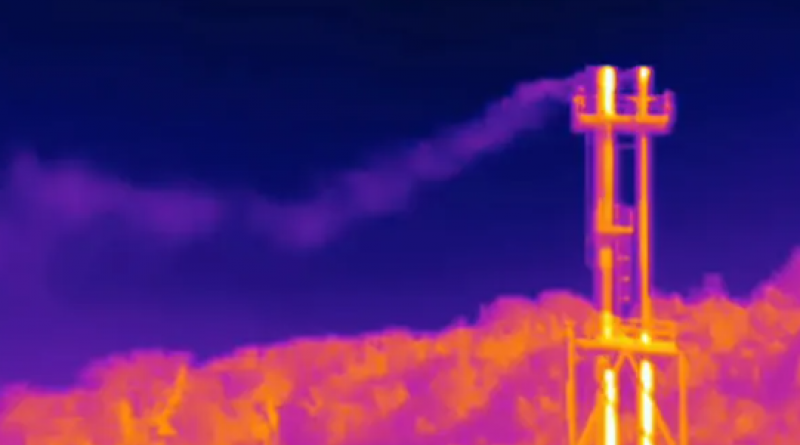 Oil and gas producers could reduce emissions at low cost or even at a profit by staunching leaks, says thinktank

Sharp cuts in methane from leaking gas drilling platforms and production sites could play a major role in the greenhouse gas emissions reductions necessary to fulfil the Paris climate agreement, and should be a key aim for the Cop26 UN climate talks, new research suggests.

Cutting global emissions of methane by 40% by 2030 is achievable, with most cuts possible at low cost or even at a profit for companies such as oil and gas producers. It would make up for much of the shortfall in emissions reductions plans from national governments, according to the Energy Transitions Commission thinktank.

Ahead of Cop26, senior UN and UK officials have privately conceded that the top aim of the conference – for all countries to formulate plans called nationally determined contributions (NDCs), that would add up to a global 45% cut in emissions by 2030 – will not be met.

However, the UK as hosts of the summit, to be held in Glasgow in November, still hope for enough progress to show that the world can still limit global heating to 1.5C, the aspiration of the 2015 Paris climate agreement.

Methane is a powerful greenhouse gas, about 80 times more potent than carbon dioxide in warming the planet. It is the biggest component of natural gas, used for fuel, and leaks can be caused by poorly constructed conventional drilling operations, shale gas wells, gas pipelines and other fossil fuel infrastructure. Methane is also flared from some oil production sites.

Staunching such leaks or capturing the methane instead can be done at a low cost, and can even be profitable for gas producers, especially now as the international gas price soars. Just a few key producers – Russia, the US, China and Canada – could make a massive impact.

Lord Adair Turner, chairman of the ETC, said: “It is clear that if you add up NDCs they are not big enough to keep us to 1.5C. There is a huge gap left. But there are some actions that you can imagine groups of countries taking that could close that gap.”

The US and the EU recently announced a partnership aiming at reducing methane emissions by 30% by 2030, but Turner said more could be achieved and this would help to compensate for the relatively unambitious NDCs that many countries have.

“We have not focused enough on methane, but it can be a really important lever, and cutting it has an impact [on global heating] sooner rather than later, which matters if there are feedback loops in the climate system,” he added.

Turner also pointed to other key actions that could be taken at Cop26 which he said would substantially help global efforts to tackle the climate crisis. For instance, helping developing countries to phase out their existing coal-fired power plants was one key way of reducing reliance on coal.

“Developing countries need financial support to do this,” Turner said.

Steel should be another focus, according to Turner. Steel companies could move to “green” steel production, using hydrogen, far more easily than a few years ago, he said. A global agreement among steel producers at Cop26 could achieve that, and similar global agreements were possible among cement producers, the shipping industry and other high-carbon sectors.

Many countries, Turner added, were submitting NDCs that were too cautious or did not reflect how fast businesses were already cutting emissions and moving to green energy and clean technology. “NDCs have not caught up with what is possible and what is actually happening,” he said.