The Covid deniers have been humiliated but they are still dangerous. 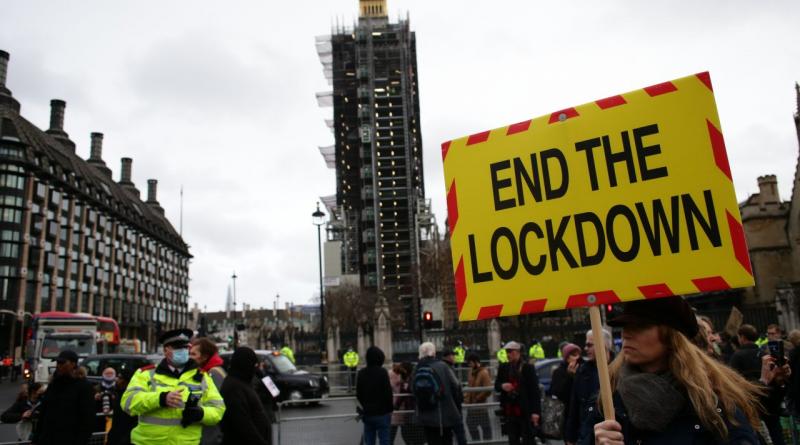 The false claim that lockdowns do not work endangers lives – politicians and public figures must aggressively rebut it.

Like Dante’s inferno, Covid denialism is structured in concentric circles. In the first circle are the politicians influenced by denialism and lockdown scepticism, but sporadically resisting it, as Boris Johnson was forced to do when he announced a new national lockdown on 4 January.

In the second circle are the politicians sporadically pushing dodgy science – such as the Covid Recovery Group of Conservative MPs. Their arguments often rest on scientific arguments and viewpoints that have now been discredited, such as that of the physician Karol Sikora, who in June predicted there would be “no second wave”, and modelling published last March claiming that as much as 50 per cent of the UK population had already been infected.

In the circles below that are the ignorant and those adopting ignorance in defence of their own material interest – such as the anti-lockdown group Lockdown Sceptics, which claims “the collateral damage from lockdowns is vast and will kill millions”.

But the final circle has to be reserved for prominent lockdown sceptics such as Toby Young, Allison Pearson, Laurence Fox, Julia Hartley-Brewer and Peter Hitchens: celebrity right-wing opinion formers with no scientific credentials and nothing to lose, apart from missing a few right-wing cocktail parties. It is thanks to them, and their media backers, that the Tory handling of the pandemic has lurched from incompetence and hubris to catastrophic mismanagement.

There was a perfectly reasonable conservative approach to the pandemic: lock down hard and early, do not question the science, prioritise the reopening of schools, and mobilise everything to achieve a vaccine. To be consistent, that approach would resist the temptation to sympathise with anti-vaxxers, conspiracy theorists and lockdown resisters and unashamedly rebut them, as the Conservative MP Neil O’Brien has done.

But Johnson could not bring himself to take that stance. Whenever the Prime Minister has diverged from scientific advice – and he did so repeatedly last autumn and during this winter – it has been under pressure from the Conservatives’ anti-lockdown wing, who have repeatedly vectored bad science towards Downing Street.

The result, for the anti-lockdown brigade, has been a self-fulfilling prophecy: the first lockdown worked but too slowly because it was imposed too late and featured bizarre loopholes, such as the absence of controls on foreign travellers. The second lockdown was imposed far too late in November, despite Sage calling for one in September, and was lifted arbitrarily in order to “save Christmas”.

As for the disastrous delay and dither that preceded the third lockdown, don’t blame the B117 mutation. Viruses mutate. Every epidemiologist who has glowered at us over Zoom during the past ten months issued their warnings and demands in the full expectation of a mutation. That’s why they wanted pre-emptive action.

We enter the third lockdown with the virus out of control, with one in 50 people in England thought to be carrying it (imagine if Gupta’s laughable estimate of 50 per cent infection in March were actually true) and with the NHS only 21 days away from being overwhelmed by cases.

The result is that more people will die than necessary because this metropolitan clique of elites put forth falsehoods and misinterpretations. Sure, the footsoldiers, and those touting outright Covid denialism, are the drunk teenagers and conspiracy theorists who recently picketed St Thomas’ Hospital in London chanting, “Covid is a hoax.”

But a bunch of rich, well-connected Conservative journalists have played a part too. Their case against is, ultimately, ideological. They claimed, at the start of the pandemic, that there was no point in the UK locking down since, to achieve herd immunity, a majority of people needed to catch the disease.

But the vaccine proves them wrong. If – and for reasons we will come to it’s a big if – the government manages to vaccinate by late spring the 30 million people estimated to be at-risk, then lockdowns and vaccines, not libertarianism, will have proved the route to herd immunity.

So these commentators have claimed that lockdowns do not work. Peter Hitchens has argued – ludicrously – that the sudden peaking and decline in Covid-related deaths that took place three weeks after the March lockdown was unrelated to the government restrictions.

Yet the statistics are clear: the first lockdown worked, despite its late imposition, because schools and colleges were closed. The second lockdown in November, during which schools and colleges remained open, managed only to stabilise the death rate. The outcome of the third lockdown depends on compliance, which the lockdown sceptics are helping to undermine with their arguments.

And remember, this elite conversation about lockdown does not take place in a vacuum. This week, anonymous leaflets were pushed through letterboxes in Hull asking “what if it’s all an illusion?” and claiming that just 1,600 people had died from the disease by October last year. Over the summer, a group of around 20 denialists staged protests in the city centre, holding placards claiming the pandemic is a hoax and booing shoppers who were wearing masks.

In Colchester, health officials had to boot Covid-denying members of the public out of the local hospital because they were wandering around corridors taking pictures of allegedly “empty” wards and posting them on social media, again to debunk the idea that there is a health emergency.

There is, in short, a small but dangerous plebeian movement against the lockdown and its scientific basis. If its adherents were randomly selected it would still be dangerous, but it is not. It is composed of many of the people who believe in QAnon, and of people who believe that – as TalkRadio’s Mark Dolan claimed in September – “wearing a mask is the new woke. It’s state-sponsored virtue signalling on a grand scale.”

The anti-vaxx, anti-mask and “Plandemic” movements are drawn from the same stratum in society that massed to “defend Winston Churchill” during the panic over Black Lives Matter and that flocked to Brexit Party rallies the year before. They are not fascists, but they are a group prone to what the French call “Poujadism” – small-town xenophobia based on carefully contrived ignorance.

Experts in deradicalisation tell us that the worst thing to do is confront the radicalised with the hard facts and call them stupid. Better, they say, to engage their reasonable fears and move them step-by-step away from their irrationalism and denial; de-escalate rather than confront.

Which is fine for a bunch of deluded idiots, but not fine for people with degrees and high-profile columns in the right-wing press.

Polite, quasi-respectable lockdown scepticism and full-blown science denial are positions on the same spectrum, and we should understand what has created it, because we’ve been here before with climate change. When climate science became irrefutable – in the UK’s case after the 2006 Stern Review – both the neoliberal right and its plebeian base realised at once that their model of capitalism was doomed. Mitigating climate change means ending a 200-year-old system based on fossil fuels; it means the state taking control of the market; it means radical change at the level of household energy infrastructure, the cars we drive, the holidays we take.

The change was so radical, and flew so clearly in the face of the neoliberal utopia, in which history had ended and the market would solve everything, that the same alliance – what Hannah Arendt called the “elite and the mob” – emerged to deny climate science. Elderly scientists questioned the severity and the certainty of climate change, while on the streets BNP and Ukip members campaigned against “windmills” – which is what they call onshore wind farms.

Today’s Covid denialism is rooted in the same ideological soil. If Covid is real, free-market capitalism of the kind the elite sold to British people for 40 years cannot work. The UK’s 100 per cent debt-to-GDP ratio, the forecast £394bn budget deficit and the near-exact mirroring between Bank of England money creation and monthly government borrowing testify to this.

We are paying people not to work. We are lending money to bankrupt companies. We are forbidding landlords to evict people. We are scrapping the exams that divide children into winners and losers at an early age. We are printing money so that the government can borrow it. It’s capitalism, Jim, but not as we know it. And that’s sparked another form of denial among a section of both the population and the media elite.

Just as with the climate, they wish it could all go back to normal. They wish so hard that some end up denying reality. Denial – or what psychologists now call “wrongness” – is a natural dysfunction. We all do it during grief. But to go on doing it is dangerous.

Boris Johnson may have admitted that, contra Thatcher, “society exists after all” – but millions of die-hard conservative-minded people still believe they live in a world of individuals and that society has no right to mandate their behaviour in an extreme crisis. The very people who celebrate Winston Churchill are spreading the equivalent of enemy propaganda in wartime.

I was glad to see YouTube temporarily pull the plug on TalkRadio. I would be even gladder to see Ofcom review the station’s licence to broadcast and Twitter and Facebook label the claims of columnists as questionable or false where appropriate.

But above all, I want to see politicians and public figures proactively and strongly refute Covid denialism. As with full-blown fascism, ignoring it does not make it go away.