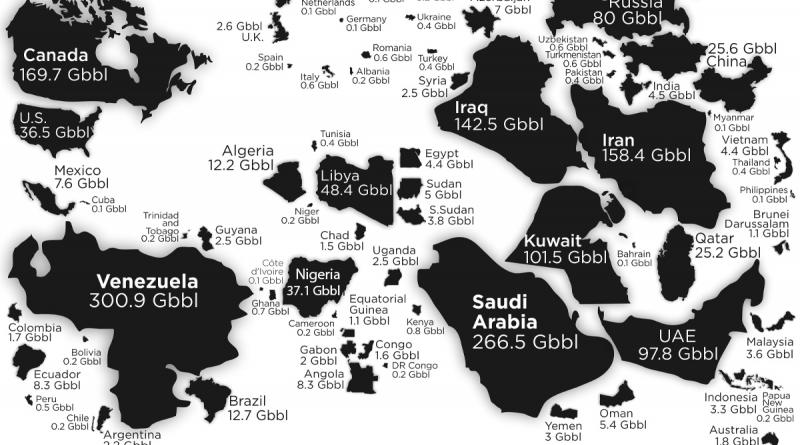 Map: The Countries With the Most Oil Reserves

There’s little doubt that renewable energy sources will play a strategic role in powering the global economy of the future.

But for now, crude oil is still the undisputed heavyweight champion of the energy world.

The Most Oil Reserves by Country

Given that oil will continue to be dominant in the energy mix for the short and medium term, which countries hold the most oil reserves?

Today’s map comes from HowMuch.net and it uses data from the CIA World Factbook to resize countries based on the amount of oil reserves they hold.

Here’s the data for the top 15 countries below: 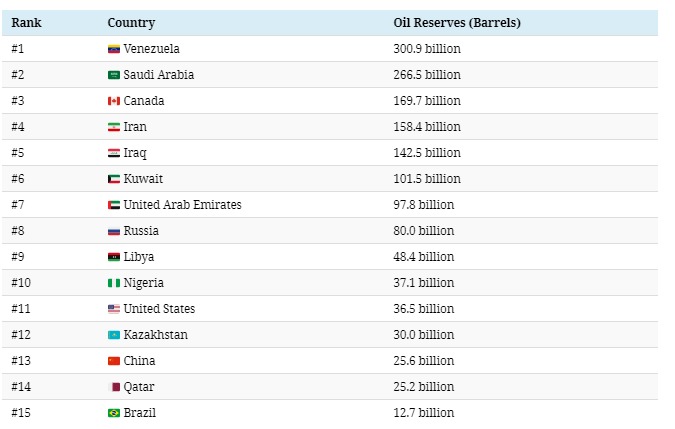 Venezuela tops the list with 300.9 billion barrels of oil in reserve – but even this vast wealth in natural resources has not been enough to save the country from its recent economic and humanitarian crisis.

The Cost of Production

While having an endowment of billions of barrels of oil within your borders can be a strategic gift from mother nature, it’s worth mentioning that reserves are just one factor in assessing the potential value of this crucial resource.

In Saudi Arabia, for example, the production cost of oil is roughly $3.00 per barrel, which makes black gold strategic to produce at almost any possible price.

Other countries are not so lucky: 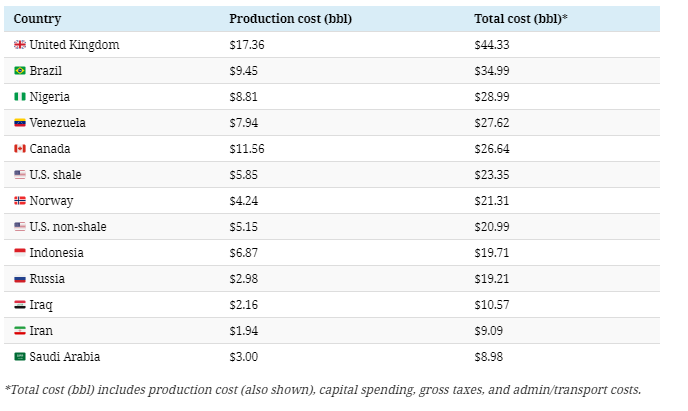 Even if a country is blessed with some of the most oil reserves in the world, it may not be able to produce and sell that oil to maximize the potential benefit.

Countries like Canada and Venezuela are hindered by geology – in these places, the majority of oil is extra heavy crude or bitumen (oil sands), and these types of oil are simply more difficult and costly to extract.

In other places, obstacles are are self-imposed. In some countries, like Brazil and the U.S., there are higher taxes on oil production, which raises the total cost per barrel.