Could the Sahara turn Africa into a solar superpower? 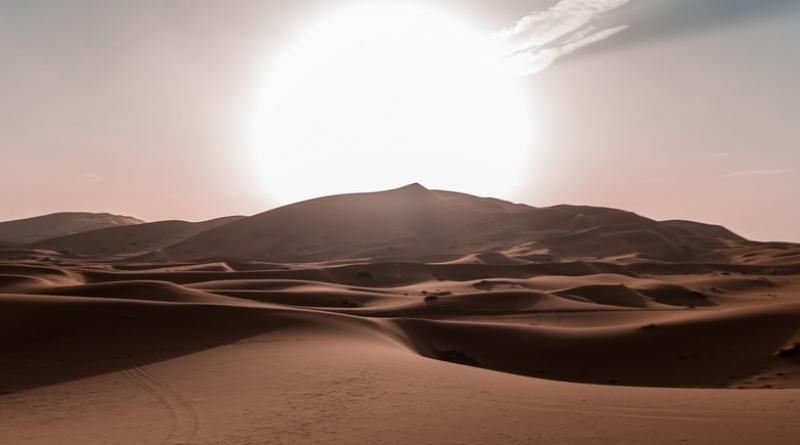 You may have seen a variant of this meme before. A map of North Africa is shown, with a surprisingly small box somewhere in Libya or Algeria shaded in. An area of the Sahara this size, the caption will say, could power the entire world through solar energy:

Over the years various different schemes have been proposed for making this idea a reality. Though a company called Desertec caused a splash with some bold ideas a decade ago, it collapsed in 2014 and none of the other proposals to export serious amounts of electricity from the Sahara to Europe and beyond are anywhere close to being realised.

It’s still hard to store and transport that much electricity from such a remote place, for one thing, while those people who do live in the Sahara may object to their homeland being transformed into a solar superpower. In any case, turning one particular region into a global energy hub risks all sorts of geopolitical problems.

The Imagine newsletter aims to tackle these big “what if” questions, so we asked a number of academics to weigh in on the challenges of exploiting the cheapest form of electricity from perhaps the cheapest and best spot on Earth.

Amin Al-Habaibeh is an engineer at Nottingham Trent University who has researched various options for Saharan solar.

He points to the sheer size and amount of sunshine the Sahara desert receives:

So even a small chunk of the desert could indeed power much of the world, in theory. But how would this be achieved?

Al-Habaibeh points to two main technologies. Both have their pros and cons.

Just a small portion of the Sahara could produce as much energy as the entire continent of Africa does at present. As solar technology improves, things will only get cheaper and more efficient. The Sahara may be inhospitable for most plants and animals, but it could bring sustainable energy to life across North Africa – and beyond.

Solar panels could have remarkable impact on the desert though

Installing mass amounts of solar panels in the Sahara could also have a remarkable impact on the desert itself.

The Sahara hasn’t always been dry and sandy. Indeed, archaeologists have found traces of human societies in the middle of the desert, along with prehistoric cave paintings of Savannah animals. Along with climate records, this suggests that just a few thousand years ago the “desert” was far greener than today.

A team of scientists imagined building truly vast solar and wind farms, far larger than most countries, and simulated the impact they would have on the desert around them. They found that:

This may be a nice side effect of a huge Saharan solar plant, but it doesn’t necessarily mean it should happen. As Armstrong points out:

These areas may be sparsely populated but people do live there, their livelihoods are there, and the landscapes are of cultural value to them. Can the land really be “grabbed” to supply energy to Europe and the Middle East?

Is this climate colonialism?

If we want to deploy millions of solar panels in the Sahara, then who is “we”? Who pays for it, who runs it and, crucially, who gets the cheap electricity?

This is what worries Olúfẹ́mi Táíwò, a philosopher who researches climate justice at Georgetown University. He mentions Saharan solar power as one of the possible policies involved in a Green New Deal, a wide-ranging plan to enact a “green transition” over the next decade.

He points out that exports of solar power could: “Exacerbate what scholars like sociologist Doreen Martinez call climate colonialism – the domination of less powerful countries and peoples through initiatives meant to slow the pace of global warming.”

Kenya is making strides in solar uptake for off-grid households.