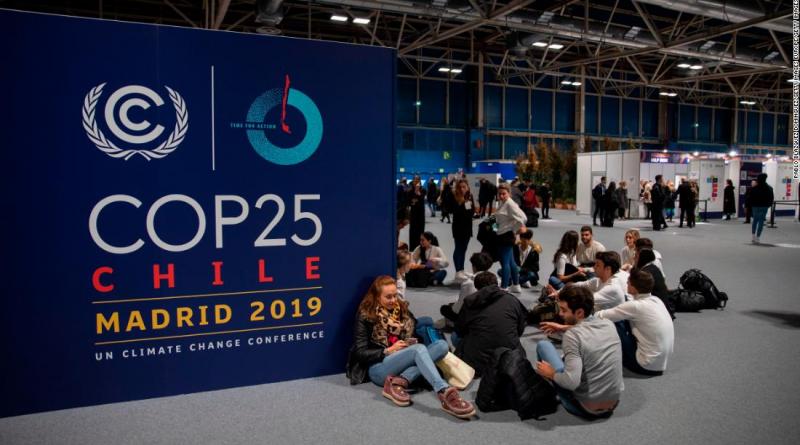 While diplomats wrangle over the final rules of the Paris Agreement, arguably most important question hanging over climate politics is what China will do in 2020.

Will it raise its climate target? By how much?

Chinese emissions are close to double the next largest contributor, the US, according to the 2019 global carbon budget, released on Wednesday. In other words, China's decisions will make or break the Paris climate targets.

In a rare press conference hosted by the government of China, a panel of experts (which didn’t include any government officials) dodged questions about whether Beijing would enhance its climate plan next year.

China’s current plan to peak emissions by 2030 and before if possible “was already made with great ambition,” they said.

The trade war with the US won’t have an impact on China’s climate targets, the panel said. In fact, there are some "good sides" to the dispute, because China's companies were being forced to innovate domestic industries. That chimes with carbon budget findings that economic slowdown was the main check on emissions in 2018.

The press conference continues a teasing series of non-statements by those in China's climate echelons. All while the world (and many in China's coal smoke wreathed cities) holds its breath.

From We Mean Business. Companies with more GHG emissions than France and Spain combined reducing emissions in line with the Paris Agreement

A new report published by the Science Based Targets initiative (SBTi) reveals that by meeting their targets, 285 companies will reduce their emissions by 265 million metric tons of CO2 equivalent, approximately equivalent to shutting down 68 coal-fired power plants. Read more here***

Get in touch. Tweet us at @chloefarand and @karlmathiesen. Or email cf@climatehomenews.com orkm@climatehomenews.com. And please help CHN by sharing our articles. If you want to share this newsletter it will be posted on the CHN website later each morning.

In the negotiating rooms…

A new draft text on carbon markets, or Article 6 (explainerhere) mainly streamlined the last iteration into fewer brackets and options but all major sticking points remain to be addressed. A second draft text is expected on Friday when political positions are bound to appear more clearly.

China is backing a transition for old Kyoto-era carbon credits to be used on global carbon markets under the Paris regime, but the expert panel suggested the issue “will not be a deal breaker”.

On loss and damage, countries are firming up their demands. (Read our explainer here). Speaking on behalf of the alliance of small island states (Aosis), a negotiator for Saint Lucia said existing bodies and structures such as the Green Climate Fund, the Global Environment Facility and the Adaptation Fund should be considered to provide funds.

“We believe it is important to get to the point where the funding is accessible,” she said.

One island negotiator told CHN Aosis was not ruling out the creation of a bespoke funding facility for loss and damage. But rather than putting all its eggs in the same basket and risking a rejection, it needed to advance existing funding options.

Not everyone is ready for the money chat. Australia said governance should be the focus, “not just have more money,” said the Australian diplomat.

*** Want to talk to all of Cop25 but can't get hold of Patricia Espinosa's microphone? Get your message out in CHN's renowned daily newsletter. Contact James Ramsey.***

In case you haven’t noticed by now, Cop25 is a Latin American Cop… hosted in Spain. Cop25 president Carolina Schmidt was keen to make that point clear on Wednesday.

“We want to make visible our special circumstances as Latin American countries” and the climate impacts “also affecting our people,” she said, hinting at the upset of Latin neighbours after she made a concession to the special needs of African countries on Monday.

Meanwhile, Patricia Espinosa, head of UN Climate Change, said a specific Cop decision on ambition was not expected but discussions taking place in high-level events on ambition over the next few days could be reflected in the final text. Watch this space.

Speaking of ambition, Marshall Island president Hilda Heine has put the heat on Japan to increase its climate target next year in a personal letter to Shinzō Abe. “Those of us in the Pacific look to Japan for global leadership,” she said.

No no ECO... For the first time, ECO, the daily newsletter published by Climate Action Network (Can) and which is read by diplomats, journos and observers alike is not being distributed inside the conference venue.

Can claims UN Climate Change “banned” the publication on the basis Cop25 was a  paperless event. Campaigners have been distributed the paper outside the conference centre but were moved on by security on Wednesday morning.

Tasneem Essop, Can’s executive director, called the decision “unprecedented” and the excuse “nonsensical” and said it was "ironic that polluters seem to have a bigger influence in these talks than the people".

A new draft of the negotiations to review the UN Climate Change's gender action plan dropped on Tuesday. The plan aims to "advance women’s full, equal and meaningful participation" in UN talks, promote "gender-responsive climate policy" and the "mainstreaming" of a gender perspective.

But a document released in September by the UN shows how far there is still is to go on this. "The trend towards more gender-balanced bodies that was reported in 2018 has been reversed in 2019," the report said, noting that women make up just a third of body membership overall.

Women are underrepresented in all but two of the 15 bodies studied. For example the executive committee of the Warsaw International Mechanism has six women and 13 men. The Clean Development Mechanism executive board is the worst - just one of its ten board members was female.

Carbon Brief crunched the delegate list from Cop25 and found government parties were 60% male to 40% female.

In a statement to Cop25 delegates, Pope Francis wished “every success” to the meeting. Highlighting the gap between "political will" and "scientific data".

“We need a clear, far-sighted and strong political will, set on pursuing a new course that aims at refocusing financial and economic investments,” he said.

He steered clear of the main negotiating topic of Cop25, carbon markets, which he once called "a ploy which permits maintaining the excessive consumption of some countries and sectors".