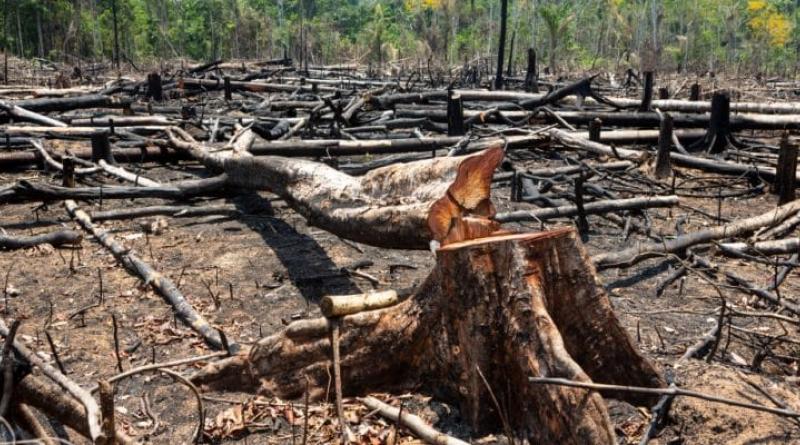 While agriculture accounts for at least 25% of gross domestic product (GDP) and 75% of exports in Ivory Coast, this sector is also one of the main drivers of deforestation in this West African country, which has lost 90% of its forest cover in 60 years.

Whether through sustainable agriculture, agroforestry or intensive reforestation, the Ivory Coast authorities want to restore the national forest cover, which is currently estimated at only 10% by the new Forestry and Wildlife Inventory (IFFN) published in July 2021. Among the factors accelerating deforestation is agriculture, which occupies 65% of the country’s productive land. This sector, although a priority for the national economy through the employment of 70% of the active population, is destroying the forest cover and its biodiversity.

Conversion of forests into agricultural land

With 46% of the world’s cocoa production in the 2018-2019 season, Ivory Coast is the leading producer of this highly sought-after commodity on the international market. The development of this sector is accompanied by intense clearing. According to the non-governmental organisation (NGO) Mighty Earth, nearly 14,000 hectares of forest disappeared in Ivory Coast and Ghana (the world’s second largest cocoa producer) in 2018 for cocoa cultivation, the equivalent of 15,000 football fields.

Rubber tree cultivation comes second with a 23% impact on forests. According to a report by the French NGO Nitidae, based in Lyon, the rubber industry is endangering the country’s ecosystems and biodiversity, with an average of 30,000 tonnes exported from the port of Abidjan and San Pedro in the south-west.

According to the UN Food and Agriculture Organisation (FAO), the oil palm industry caused 7% of global deforestation between 2000 and 2018, but Ivory Coast prefers to ignore its massive cashew nut production, which is also responsible for the loss of flora in national parks and protected areas that are the last refuges for certain species of pachyderm or chimpanzees in West Africa.

Ivory Coast is now stepping up initiatives to curb deforestation and the resulting drought. To this end, the Ivorian government has been promoting sustainable and environmentally friendly cocoa farming since 2017 in line with its 2014 commitment under the New York Declaration on Forests. This forestry policy is based on a cocoa-reforestation approach as well as the restoration of 20% of the land. It is within this framework that the Coffee and Cocoa Council (CCC) will introduce 60 million seedlings of forest species in rural areas by 2024.

Several reforestation operations have taken place in this West African country, such as the “one day a million trees” initiative launched on 15 November 2019 and the “one day 50 million trees” campaign launched on 1 June 2021, which resulted in the planting of 28,538,234 trees throughout the country. The ongoing campaign has enabled the reforestation of the Anguédédou classified forest, in the Anyama locality, north-east of Abidjan, and the Banco national park, which is considered to be both the hydraulic reservoir and the green lung of the Autonomous District of Abidjan in terms of oxygen and reduction of atmospheric pollution.

Nations and Businesses Commit to Create Sustainable Agriculture and Land Use