The cool tech Mat Santamouris is working on now 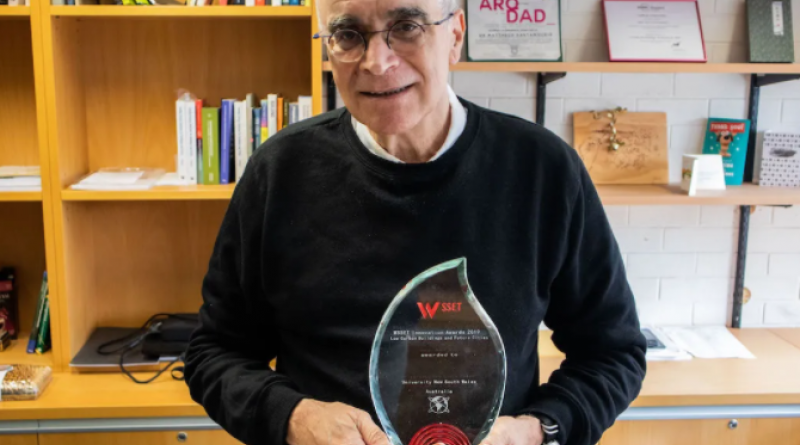 Mat Santamouris will detail at Moonshot 2030 how his building coating product can slash ambient heat from 40 degrees to 25 degrees on materials with his coating. See him speak on Tuesday during the pitch fest.

It is now widely accepted that unsuitable roofing material contributes to the high ambient summer heat of our big cities.

Studies suggest that Sydney’s summer ambient temperatures would be cut by an average 2.4°C if we replaced the city’s ubiquitous dark roofing with lighter-coloured materials.

But Professor Mat Santamouris and his team at the School of the Built Environment, University of New South Wales, do not believe the argument is, well, quite as black and white.

“Imagine a black surface that is, in fact, very cool because it has been treated to behave in this way,” he says.

Professor Mat Santamouris and his colleagues at UNSW believe that they are close to commercialising a product that will slash the ambient summer temperatures of cities around the world.

The UNSW team is working with a company in Adelaide to create a range of “super cool” materials that can be widely used in both residential and commercial developments.

“Once these materials are used on roofs, pavements and elsewhere in our cities, they can decrease temperatures by up to 5 degrees,” says Professor Santamouris.

A recent pilot scheme in Central Australia has demonstrated the effectiveness of such “super cool” materials.

“Last December in Alice Springs the ambient temperature was 44°C but the temperature of the materials was only 25°C,” he says.

“This is what I call natural airconditioning – cooling without additional energy use or other costly inputs.”

According to Professor Santamouris such super cool material could take the form of thermo tiles, house paint, metal coatings or special surfacing for asphalt roads.

“You can have this material in any style you wish,” he says.

Current modelling suggests that the introduction of such energy-efficient materials will not add substantially to the cost of building a new house or office block in Australia.

Having worked in Cyprus, Singapore, Tokyo and Athens before joining UNSW it is hardly surprising that Professor Santamouris has an interest in heat mitigation and the urban environment.

“This is not just an issue that affects Australia,” he says. “We are running 400 large scale mitigation projects around the world – in Dubai, Calcutta, Saudi Arabia and elsewhere.”

Apart from helping to reduce the ambient summer temperatures of cities such as Sydney, Perth, Brisbane and Sydney, the Greek-born academic believes that this new generation of building materials could also tackle the energy inequality that adversely affects those living poorer suburbs.

“A proper building – not a smart building – would provide the best living conditions, with the minimum energy consumption.”

Professor Santamouris believes state governments in Australia need to draft new building codes to accelerate the move away from inefficient materials, such as dark roofing tiles.

“If Australia can achieve net zero carbon emissions by 2050 why not set a goal of providing healthy, energy-efficient and low-cost housing by the same date?” he says.

Prof. Santamouris: Decreasing temperature and energy poverty in our cities.