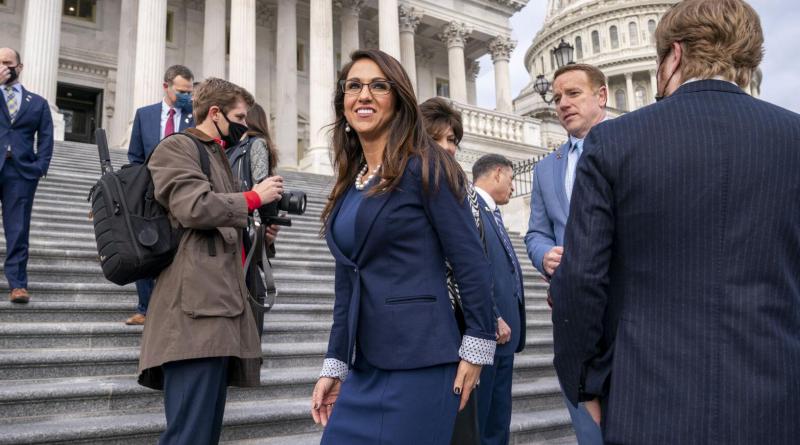 ‘I work for the people of Pueblo, not the people of Paris,’ Rep Boebert tweeted. The climate agreement was so named because it was signed in the French capital - and not because it solely benefits the city’s residents.

One of Mr Biden’s first acts in office was signing an executive order to recommit the US to the global climate pact, to cut the greenhouse gas emissions heating the planet.

On Thursday, the Colorado congresswoman introduced the “Paris Agreement Constitutional Treaty Act” intending to block funding for the executive order until passed as a treaty by the Senate.

Donald Trump exited the Paris deal in 2017. The US will officially become a party to the agreement again in less than 30 days.

Rejoining Paris was one of a sweep of executive orders signed by President Biden, the beginning of his administration’s plan to unwind the destructive environmental and climate policies of the Trump era.

It’s unclear if Rep Boebert is aware that the Paris Agreement was named because it was signed by hundreds of global leaders in the city of Paris, and not because it solely benefits the citizens of the French capital.

A statement from Rep. Boebert’s office also claimed that the Paris Agreement “could destroy up to 2.7 million jobs in the United States by 2025 alone”.

Her office did not respond to The Independent’s request for attribution on the claim at the time of publication.

After Mr Trump’s withdrawal in 2017,  a group of interdisciplinary scientists published a report looking at the implications of the move and suggested that by 2100, the US would be about 5 per cent poorer with $8trillion in losses.

“The US agreement is not a tax on the American people. There is no massive wealth transfer,” Climate Advisers CEO Nigel Purvis, state department climate negotiator in the Clinton and George W Bush administrations, told the AP about the Paris deal last year.

“In fact, the agreement obligates no country to make any financial payments.”

A separate bill was introduced by Texas Republican Chip Roy on Thursday, also trying to block funding for Mr Biden’s executive order on the Paris Agreement.

Ms Boebert has faced calls to resign, including from Colorado elected officials and local newspapers, after she tweeted details about the location of House Speaker Nancy Pelosi during the deadly insurrection at the US Capitol earlier this month by a pro-Trump mob.