Community batteries: what are they, and how could they help Australian energy consumers? 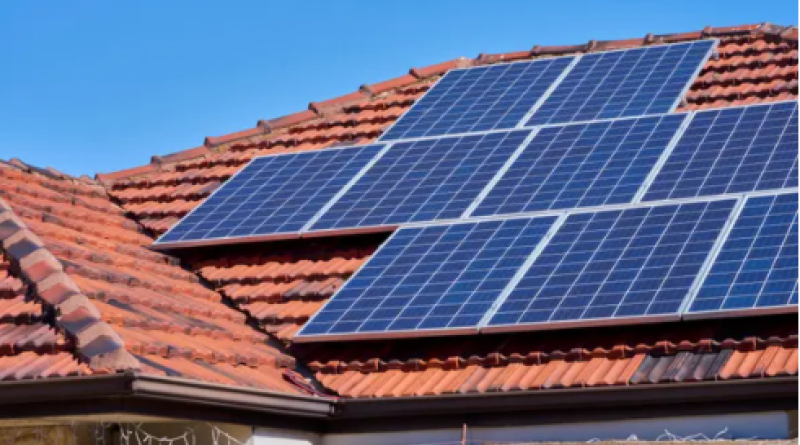 Labor proposes funding batteries to allow households with solar power to pool excess electricity. Here’s what you need to know.

In what might be the most attention the battery world has had since Elon Musk built South Australia’s giant battery, Labor has announced that if they win the next election they will front up the cash to install hundreds of “community batteries” across the country.

But what is a “community battery” and how do they work?

There are mid-size batteries that are used in rural areas to isolate networks and provide a backup power supply in case the power goes out.

Then there are the little community batteries that can be scattered around cities and shared between households in a particular neighbourhood or street. It’s this kind that is the focus of Labor’s proposal. The basic idea of these community batteries is to allow households that generate their own solar power to pool their excess electricity in shared storage for later use.

In Australia one in every six households have solar, but only one in 60 have battery storage. For individual households, a community battery is a good way to lower costs by shifting the cost and the risks from installation, maintenance and replacement onto a private company or council to take care of.

For the people who run the electricity grid, these batteries are extremely useful. From the network perspective, rather than ripping out the existing cables and installing a larger one to deal with issues around peak demand, it is cheaper and more effective to put in a battery. This also helps deal with voltage and capacity issues created by concentrations of rooftop solar.

How does it work?

In principle, these batteries work like Dropbox except for electricity – though as the idea is being developed across a number of pilot programs the precise specifics tend to vary.

Sizes range from 100kW to 1MW and could be the size of a fridge or shipping container. Each household is then offered a certain amount of storage so that as energy is generated during the day, a portion of excess power is stored. During times of peak demand, this power can then be drawn on to power homes in the evening or support the grid.

There have been proposals to use the batteries in electric vehicles in a similar way but the advantage of a community battery is that both users and those who run the grid know exactly where it will be at any given time.

Has it been done anywhere in Australia?

Several trials are currently being run around the country. Among the most prominent is one by Western Power and Synergy in Western Australia, which has began its third trial late last year. Over east in New South Wales, Ausgrid has begun its own Beacon Hill pilot program among 600 houses in Sydney’s northern beaches area. This is expected to be the “first of many”.

What will it cost to use?

Dr Lachlan Blackhall, who heads up the team, says it’s not possible to estimate costs with any certainty as the technology is still developing, along with the business models. It largely depends on who is operating the battery, whether they are a for-profit company, what model they operate under and what the battery is being used for.

“The key takeaway is that community batteries deployed at scale would provide cost savings for consumers,” Dr Blackhall said.

What is Labor talking about doing?

Promising cash. Should it win the election, Labor says it will spend over $200m to install 400 community batteries across the country to service 100,000 households. Labor says this will help encourage households to invest in solar panels.