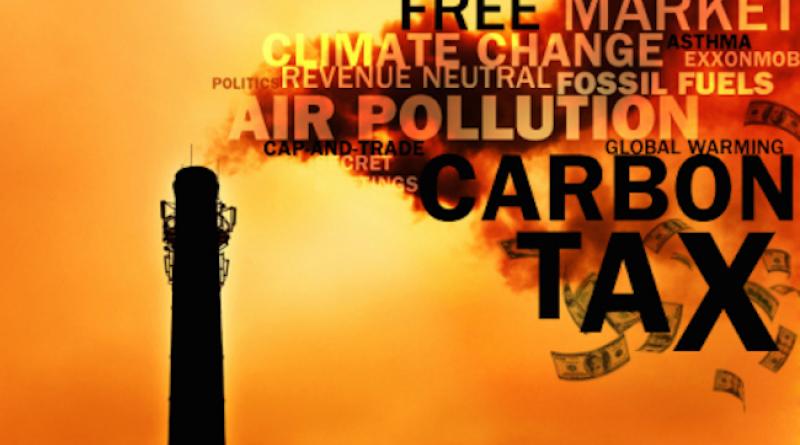 The tax will be levied from June 1 on greenhouse gases from fuel combustion, and industrial processes and emissions.

South African President Cyril Ramaphosa has signed into law a carbon tax to cut emissions in the continent's worst polluter.

The tax, a rare step for an emerging economy, will be levied from June 1 on greenhouse gases from fuel combustion and industrial processes and emissions, the treasury said on Monday, drawing cautious praise from environmentalists.

"Climate change represents one of the biggest challenges facing humankind, and the primary objective of the carbon tax is to reduce greenhouse gas emissions in a sustainable, cost-effective and affordable manner," the treasury said in a statement.

The tax was first planned in 2010, but has been delayed due to opposition in a country struggling with low growth and unemployment at nearly 28 percent.

"President Cyril Ramaphosa has communicated the urgent need for action around the climate crisis," WWF said in a statement, describing it as a landmark moment for South Africa.

"While there is still much to be done for the tax to become more effective, we recognise this is a significant first step."

The ministry said the tax was part of South Africa's efforts to meet the global climate change agreement negotiated in Paris in 2015.

Set at 120 rand ($8.30) per tonne of carbon dioxide, the tax will be largely offset by allowances to lower it to an effective rate of between six and 46 rand per tonne in the first three years.

South Africa - which relies largely on coal for its energy supply - is the 14th largest polluter in the world and the largest in Africa, according to Greenpeace.

"It is a major step, but Greenpeace has expressed our concern that we don't think that the carbon tax will be effective enough and the tax level is inadequate."

The tax is set to rise at two percent above inflation, currently at 4.5 percent, until 2022 and in line with inflation afterwards.

carbon tax is a tax levied on the carbon content of fuels and, like carbon emissions trading, is a form of carbon pricing.

When a hydrocarbon fuel; such as coal, petroleum, or natural gas; is burnt its carbon is converted to carbon dioxide (CO
2) and other compounds of carbon. In contrast, non-combustion energy sources—wind, solar, geothermal, hydropower, and nuclear—do not convert hydrocarbons to CO2
CO2 is a heat-trapping greenhouse gas which causes global warming, which damages the environment and human health. Since greenhouse gas emissions from the combustion of fossil fuels are closely related to the carbon content of the respective fuels, this negative externality can be compensated for by taxing the carbon content of fossil fuels at any point in the product cycle of the fuel.[1]  [2] .[3]

Carbon taxes offer a potentially cost-effective means of reducing greenhouse gas emissions.[4] From an economic perspective, carbon taxes are a type of Pigovian tax[5] and help to address the problem of emitters of greenhouse gases not facing the full social cost of their actions. To prevent them being regressive taxes carbon tax revenues can be spent on low-income groups.[6]

As of 2018 at least 27 countries and subnational units have implemented carbon taxes,[quantify][7] and research shows that carbon taxes effectively reduce greenhouse gas emissions.[7] As of 2017,however, there are more than US$300 billion in fossil fuel subsidies annually worldwide.[8]

Opposition to increased environmental regulation such as carbon taxes often centers on concerns that firms might relocate and/or people might lose their jobs.[citation needed] It has been argued, however, that carbon taxes are more efficient than direct regulation and may even lead to higher employment.[9][note 1]

Many large users of carbon resources in electricity generation, such as the United States, Russia, and China, have resisted carbon taxation.[10][11][not in citation given]

Eight EU Countries Will Demand Decarbonization By 2050 At Sibiu Summit.