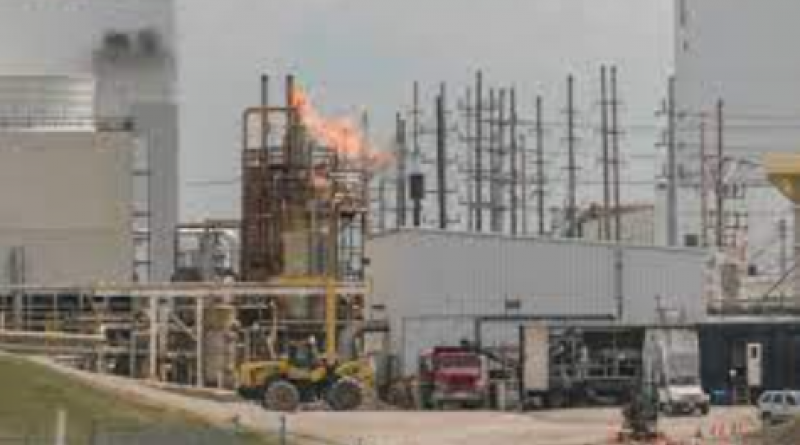 The federal government’s support for carbon capture projects at coal-fired power plants may be politically necessary (see Sen. Joe Manchin, D-W.Va.), but it is environmentally and fiscally misguided. The potential for Department of Energy funding and the lure of federal tax credits are pushing plant owners and avaricious developers to push for the conversion of aging coal plants into the equivalent of carbon dioxide factories instead of moving toward cleaner, cheaper alternatives.

The carbon capture retrofit proposal touted by Enchant Energy for the coal-fired San Juan Generating Station in New Mexico is the most egregious example. The company, which entered the scene as Acme Equities under the direction of a New York hedge fund operator, promised it would round up private investors to fund a $1.5 billion effort to capture as much as 90 percent of the CO2 emitted at the power plant.

The effort, unveiled with great fanfare in 2019, has languished since. The company apparently has been unable to nail down any significant outside funding for its plan. Its to-do list for 2020 included closing on financing for the project as early as July. More than a year later, that item remains unfinished. The company has tried to shift blame for its glaring failure onto the COVID-19 pandemic, but a much more likely explanation is simply lack of investor interest.

While Enchant could not entice investors to back the risky coal plant retrofit project, money poured into the renewable energy sector in 2020, with a record 36 gigawatts of new solar and wind capacity installed across the country. According to Jigar Shah, currently head of the Loan Programs Office at the Department of Energy (DOE), U.S. investments in wind and solar energy totaled $55 billion last year.

Difficulty attracting private financing has prompted Enchant to rethink its approach. Now, it is asking the federal government for $1 billion in DOE funding to get its unbankable project off the ground. DOE should follow the path that the private financial community has already chosen—reject Enchant’s coal plant retrofit fiasco and invest its money more productively elsewhere.

Among the issues DOE must consider in reviewing Enchant’s bid:

These issues underscore the very real problems that confront Enchant, and almost certainly contribute to the unwillingness of private investors to back the development effort. The DOE needs to take these red flags seriously.

Signing off on a $1 billion loan for Enchant (or, for that matter, any of the host of other developers looking for federal handouts to retrofit aging coal plants) would do nothing to speed efforts to combat climate change. Indeed, it could slow them down. Clean generation options are available today; investing dollars in them would be far more environmentally beneficial and productive in meeting climate policy goals.

Worse, in the likely event that Enchant’s unrealistic business case falls apart due to higher construction costs, lower electric sales revenue, fewer tax credits, or some combination, DOE could well find itself out $1 billion and the de facto owner of an expensive, ineffective and unneeded coal-fired white elephant.

This commentary was published by Utility Dive on June 22, 2021: Coal-fired carbon capture projects are a waste of tax dollars