Climate: We have run out of time. 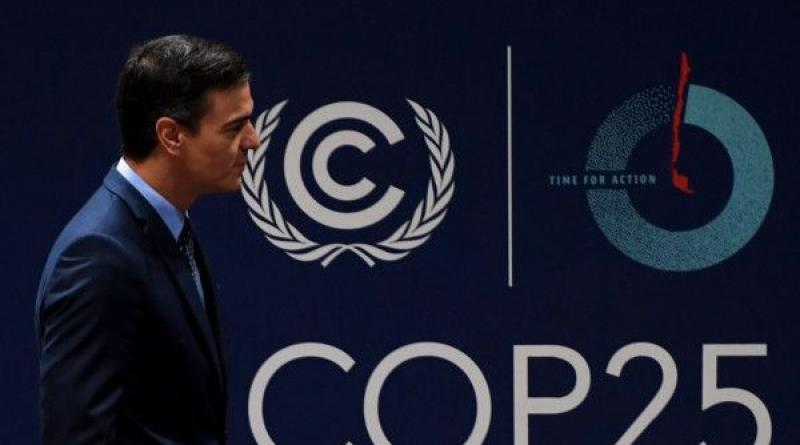 Climate action must happen now — there are no second chances

For the next week or so, delegates from nations around the world will gather in Madrid for a critical set of meetings on our planet’s future.

There is a growing sense of crisis; that our world has changed, that it is warming at an alarming rate; that we are at the point of no return in doing irreparable harm to our environment; and that now is the time for serious and concerted action as never before.

In Australia, wildfires have burned with an intensity never seen before; in the Arctic, summer ice has failed to form; in the Antarctic, giant ice floes are breaking away from the continent’s ice shelf; in the northern hemisphere, some 80 per cent of insect species are under threat because of weather patterns; severe and rare cyclones have repeatedly hit vulnerable African states; and our coastal areas are threatened by rising sea waters.

"These Madrid meetings are critically important. Their main task to fine-tune the mechanisms set in place under the Paris Agreement on Climate Change."

There are deniers who say that these phenomenons are just part of the natural cycle. They are the Luddites of our age. The reality is that this rate of warming is new; it is of our doing and we are to blame. And only we can find the answer to prevent this world from being damaged beyond repair. As stewards of this planet we share a collective burden to fix our environment and set it right for future generations.

These Madrid meetings are critically important. Their main task to fine-tune the mechanisms set in place under the Paris Agreement on Climate Change. But these meetings also serve as a very timely reminder indeed that the clock has simply run down on delays and obfuscation. The time for action is now.

Here in the UAE, the leadership and government has committed to a greener future, has invested heavily in renewable energy, has led the region and shown the way forward to the world by projects such as Masdar City and hosting Irena, the headquarters of the International Renewable Energy Agency. At every level of government, measures have been put in place to reduce our use of water and power to reduce our carbon footprint.

Together, every nation of the world must commit to a greener future, work towards a carbon-neutral future, and pledge to only act in a green and sustainable manner in following their national development programmes.

The critical nature of the Madrid summit cannot be understated. Right now, 33 million people who live in areas threatened by rising sea levels are at immediate risk. As UN Secretary-General Antonio Guterres has noted: “The point of no return is no longer over the horizon.”

*Title photo:Spanish Prime Minister Pedro Sanchez visits the congress centre IFEMA in Madrid on November 30, 2019 where the COP25 climate summit will be held from December 2 to 13, 2019.