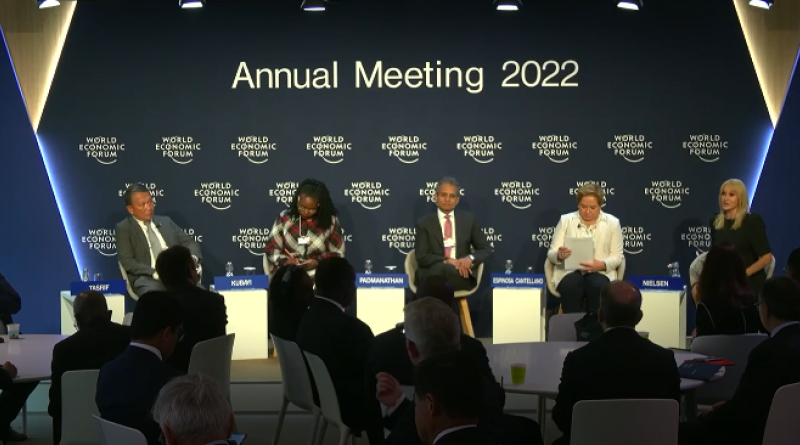 It’s no secret that a heavy reliance on commodities to build Africa’s economies has increased the continent’s carbon footprint. Although far less damage is caused by Africa than developed economies, the effects on health and the environment are felt worse here.The question asked in the Climate transition for emerging economies’ panel at the World Economic Forum in Davos, Switzerland is, how far is Africa and other emerging economies in the shift to renewable sources of energy?

Government officials on the panel agree that there is no doubt that Africa and other emerging regions have the natural resources it takes to be fully green. Solar, hydro, wind and biofuel are some of the energy solutions that should come easily, but as noted by South African Minister of Human Settlements Mmamoloko Kubayi, the challenges of funding remain a stumbling block. The message around funding this time round was different; Africa and other emerging regions are not looking for handouts, but instead, some breathing room.

Her remarks around funding challenges were unpacked and a call was made to funding organisations to allow emerging economies to see the return on investing in sustainable infrastructure without the worry of high interest on loans. The scramble to payback grants and loans is what pushed many emerging economies back to using carbon.

The plans, processes and people who will champion the transition have been identified, and according to the Minister, the time and process it takes to apply as a renewable energy provider in South Africa has been halved. Kubayi describes the role of the community as custodians of the new sustainable grid and that they will help firms localise solutions for the correct energy mix.

The Minister’s remarks on finding champions for climate transition are aligned to our bank’s areas of investment. This transition to a low-carbon environment presents potential challenges across the continent, including job transition, skills shortages and training requirements as technology and public policy change rapidly.

Our position is mindful of both the opportunities to partner with clients and stakeholders to support their climate transitions and the national climate commitments of the countries where we conduct business. Our Climate Policy, launched in March this year marked the culmination of years of hard work and the fulfilment of a commitment made at our 2021 AGM. The policy sets out progressive short, medium, and long-term targets to reduce our contribution to carbon emissions and accelerate our sustainable finance commitments with a focus on renewable energy projects across Africa.

We have committed to achieving net zero carbon emissions from our own operations by 2040 and from our portfolio of financed emissions by 2050, aligned to the Paris Agreement. We will mobilise between R250 billion and R300 billion for sustainable finance across all banking products by the end of 2026. This target includes R50 billion of financing for renewable energy, and underwriting of a further R15 billion for renewable energy by the end of 2024.